Top 14: hunting for Toulouse Paris (AFP) Double defending champion, European champion, Stade Toulouse is advancing as a favorite for the 2021/2022 season of the Top 14, even deprived of its world champion winger Cheslin Kolbe, who has gone to strengthen Toulon in the fierce fight for the top six. To look the Toulouse ogre in the eye, you'll have to be strong. Very strong. "The first six have all been strengthened. When we s 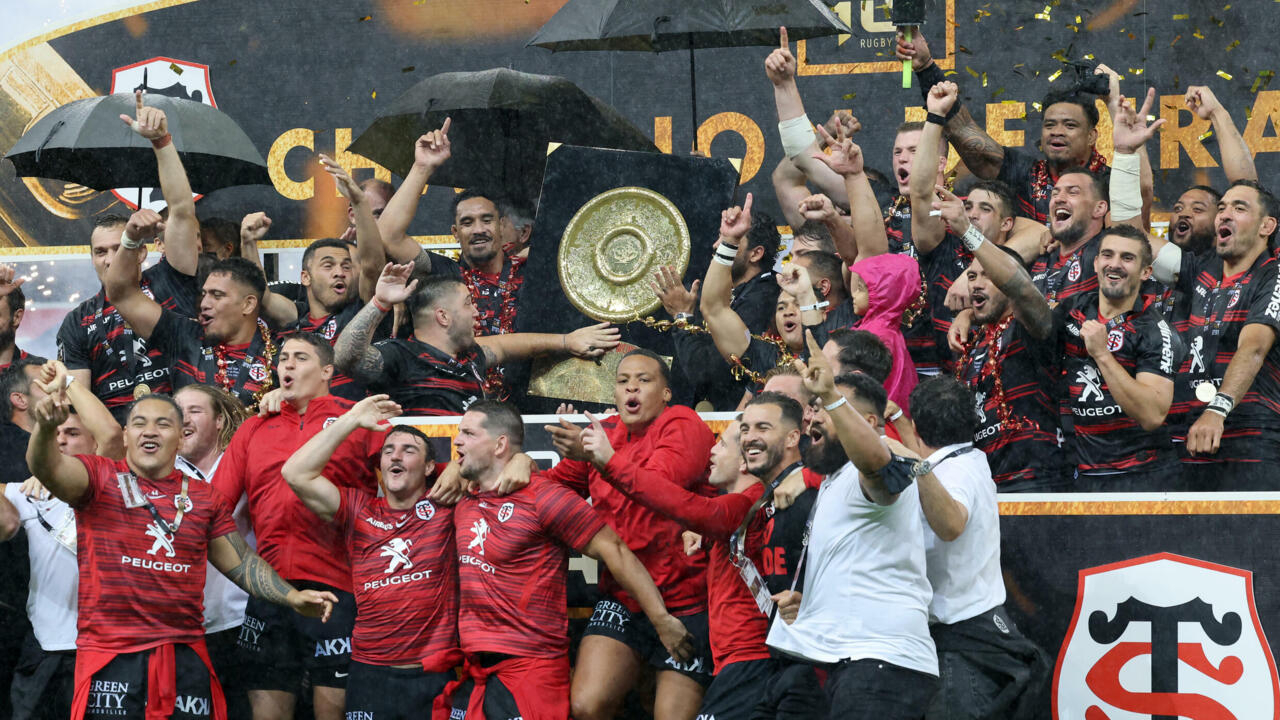 Double defending champion, European champion, Stade Toulouse is advancing as a favorite for the 2021/2022 season of the Top 14, even deprived of its world champion winger Cheslin Kolbe, who has gone to strengthen Toulon in the fierce fight for the top six.

To look the Toulouse ogre in the eye, you'll have to be strong.

"The first six have all been strengthened. When we see that, last year, teams like Lyon, Toulon, Montpellier and its armada, Castres ... could not qualify: that's at least ten serious candidates who are fighting for six places! It is going to be an exciting championship, "explained recently the manager of the French Stadium, Gonzalo Quesada (6th last season).

La Rochelle, beaten by Toulouse in the final of the European Cup and then the Top 14, seems the main opponent of the Rouge et Noir.

"We will see very quickly if we have learned the lessons of what we have lived," said Maritimes international back Brice Dulin.

Toulouse flanker François Cros facing the back of La Rochelle, Brice Dulin, during the European Cup final, on May 22, 2021 at Twickenham stadium in London Adrian DENNIS AFP / Archives

The two top names meet right from the start, from the first day.

"We will have to start well. On paper, there are maybe ten teams, or even twelve, capable of qualifying. We will have to make a very good start because all the points we can lose, we have to whip at the end of the season and that's where you lose energy, ”explained Dulin.

This year, the Rochelais left the former Irish international opener Ronan O'Gara alone at the helm.

The game of the club in the caravel should not know "a great revolution" and continue to rely on a united collective.

Enough to derail the Haut-Garonnais train?

Kolbe's departure for the RCT a few days before the start of the season seems like a stone in Toulouse's footwear but, with players of the caliber of Romain Ntamack, Antoine Dupont, Thomas Ramos, Julien Marchand or Pita Ahki ... Ugo Mola's men appear armed to play the leading roles.

Semi-finalists last season, UBB and Racing 92 are also expected to join in the fight for the throne.

"We want to be champion in all the competitions in which we have entered: the Top 14, the European Cup, the Super Sevens ... In Racing, that must be the goal", has also assured the Ile-de-France captain Henry Chavancy.

Racing center Virimi Vakatawa, congratulated by winger Teddy Thomas, after his try against Saracens, during the group stage match of the European Cup, November 17, 2019 in Nanterre Martin AFP OFFICE / Archives

For the Girondins, semi-finalists of the Top 14 and of the European Cup last season, untouchable leaders in 2020 at the time of the end of the competition, it would be a logical progression.

With the demanding Christophe Urios well installed on the bench, the UBB knows the way.

A little further back, Clermont and Toulon could play the spoilsport.

In particular the RCT, whose objective is clear: Top 14 semi-final and victory in the European Challenge, claimed President Bernard Lemaître, who put his hand in the portfolio this summer to bring in Lopeti Timani, Leone Nakarawa, Jiuta Wainiqolo but especially the South African wisp Cheslin Kolbe.

The Toulouse full-back, the South African Cheslin Kolbe, is tackled by a player from La Rochelle, during the final of the French championship, on June 25, 2021 at the Stade de France in Saint-Denis Thomas COEX AFP / Archives

For their part, the Auvergnats have turned the page Franck Azéma, at the club since 2010, to turn to Jono Gibbes, the New Zealander at the base of La Rochelle's success.

"We have a status to find and assume," promised Clermont winger Damian Penaud.

Clermont center Damian Penaud tries to overwhelm Toulouse scrum half Antoine Dupont, during the quarter-final of the European Cup, April 11, 2021 at the Marcel-Michelin Stadium in Clermont-Ferrand THIERRY ZOCCOLAN AFP / Archives

Montpellier, with its XXL workforce, will intend to stay on its good momentum from last season and join in the fight for the Top 6. Just like Castres or the French Stadium which, if it has lost Gaël Fickou then Jonathan Danty, seems to be able to to rely on a more complete workforce and a bulldozer, the former All Black Ngani Laumape.

Finally, Lyon will want to find bite after a disappointing season ended in 9th place.

The Usap of the nugget Melvyn Jaminet, led by the former U20 guru Sébastien Piqueronies, the troublemaker Biarritz or Brive, still seem far behind Toulouse.