Rugby: the Top 14 starts strong Toulouse (AFP) The Top 14 got off to a strong start this weekend, with a first day full of posters, including the Ile-de-France derby Stade Français-Racing 92 on Saturday and a reunion on Sunday between the last two finalists, La Rochelle and Toulouse, favorite at its succession. . La Rochelle-Toulouse, how we meet There will be revenge in the air in more ways than one Sunday evening (9:05 pm) 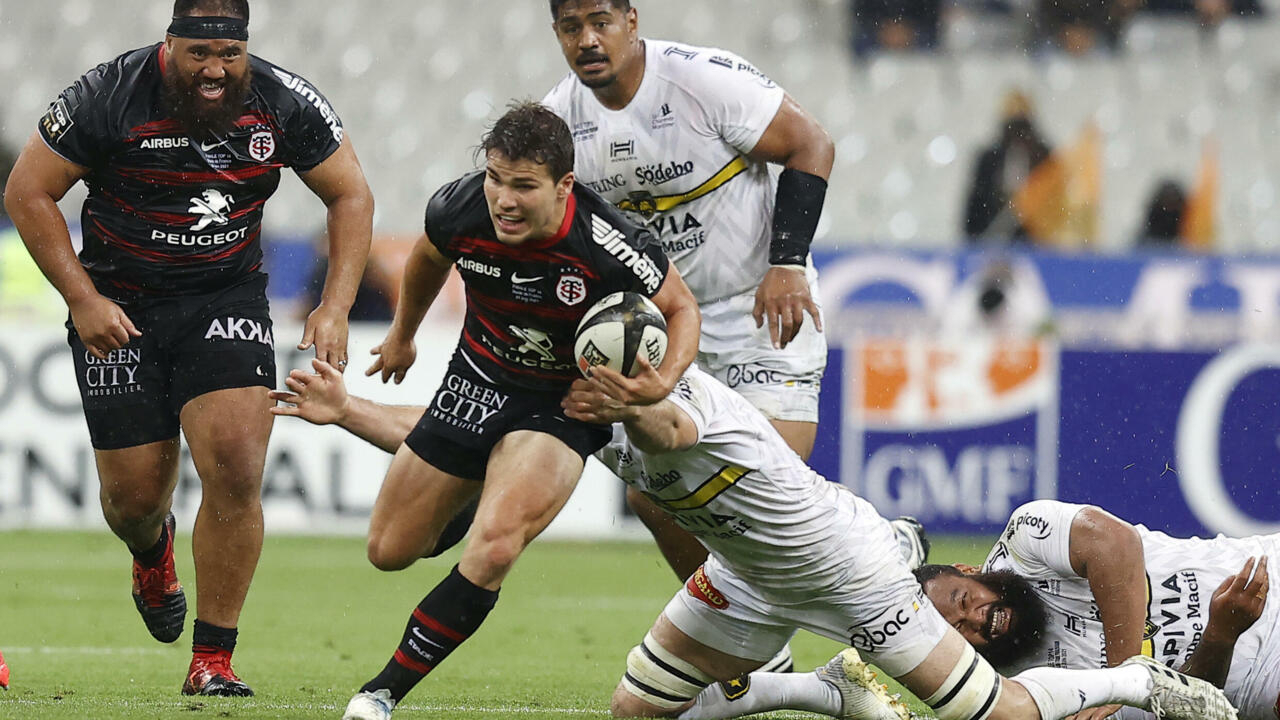 The Top 14 got off to a strong start this weekend, with a first day full of posters, including the Ile-de-France derby Stade Français-Racing 92 on Saturday and a reunion on Sunday between the last two finalists, La Rochelle and Toulouse, favorite at its succession.

La Rochelle-Toulouse, how we meet

There will be revenge in the air in more ways than one Sunday evening (9:05 pm) between La Rochelle and Toulouse.

Firstly because the two teams faced each other twice in the final last season, in the European Cup and the championship, for two Toulouse victories.

Toulouse players celebrate their title of European champions, after their victory against La Rochelle (22-17), on May 22, 2021 at Twickeham Stadium in London Adrian DENNIS AFP / Archives

But also because the Toulouse Stadium had put an end last February to the invincibility of the Maritimes in their Marcel-Deflandre stadium (14-11), which had been running for almost two years.

The Rochelle enclosure will have this time found its fervent public to push behind the men of the Irishman Ronan O'Gara, now alone in command with the departure of Jono Gibbes in Clermont.

The defending champion from Toulouse will be able to count on most of his French internationals, with the exception of his flagship rookie Anthony Jelonch, captain of the Blues during their recent tour of Australia, who will only be available from the second day.

A derby as an appetizer

The first derby of the season, between the French Stadium and Racing 92, in Jean-Bouin, will also have a taste of revenge since the two Ile-de-France teams had crossed each other in play-offs last June, to the great success of the Hauts club. -de-Seine (38-21).

"It's ideal to start with a match like that", appreciates the Parisian coach Gonzalo Quesada, whose players will be immediately under pressure.

Passed to the other side of the ring road during the season, Gaël Fickou will have the opportunity to compete against his successor designated in the pink jersey, the powerful three-quarter center New Zealand Ngani Laumape (15 selections with the All Blacks) , announced as one of the attractions of the championship.

Two strongholds of French rugby will return to the Top 14 on Saturday.

Seven years after leaving the elite, Biarritz, five-time champion of France, will have the formidable honor of launching this 2021/2022 exercise on its lawn in Aguilera (2 p.m.) against Bordeaux-Bègles, semi-finalist last season.

The smallest budget of the championship, mounted after an incredible barrage against its best enemy, Aviron Bayonnais, will have a lot to do to maintain itself despite the reinforcements of several experienced players, including the Australian international Tevita Kuridrani.

The joy of the Biarrots after beating Bayonne (6-6, 6-5 tab), during the barrage of accession / relegation to the Top 14, June 12, 2021 at the Stade Aguiléra Thibault SOUNY AFP / Archives

The other promoted, Perpignan, which has seven Brennus Shields to its name, will start its season on the road to Brive, a direct competitor for maintenance.

Toulon and Montpellier, opposed Saturday night (9:05 pm) to Mayol, will be keen to get off on the right foot after a disappointing season on both sides.

The RCT, which will have to wait until December to take advantage of its star rookie Cheslin Kolbe, cannot miss the final stages a second time, while the MHR workforce must allow it to play much better than maintenance.

Lyon and Clermont will be in the same state of mind on Sunday (5:45 p.m.) after failing to achieve their goals last season.

A match that will mark the start of a new era for the Auvergne club, with the debut on the bench of New Zealander Jono Gibbes, successor to Franck Azéma.

"We have a status to find and assume," warns Clermont winger Damian Penaud.