Time to say goodbye to cords? With the help of three-dimensional magnetic fields, Japanese and American researchers can transmit electricity with an output of up to 50 watts wirelessly in a nine-square-meter room. 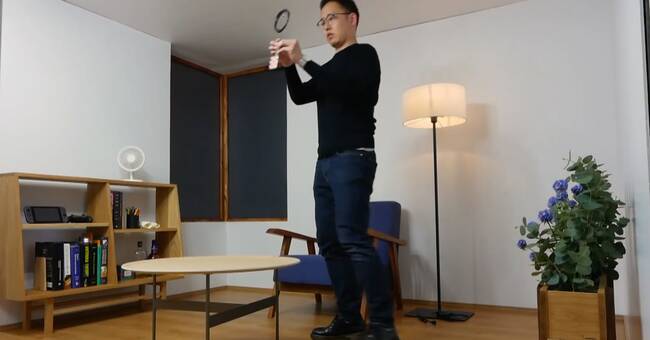 The room is built of aluminum walls and a copper pole in the middle with capacitors.

The researchers sent induction current into the walls with a special frequency and then created three-dimensional magnetic fields in the room that can light lamps, power fans and charge mobile phones from several meters away without being disturbed by people or furniture.

Today's wireless charging often requires a dock or charging pad that the device is placed next to.

Tesla showed the way 130 years ago

As early as 1891, the inventor Nikola Tesla in the USA showed how electricity can be transmitted through the air and lit lamps, but the energy losses were too great so the power lines won.

In the new experiment room, the efficiency of at least 50 percent of the power transmission is almost everywhere in the room (98 percent).

Can provide power to artificial hearts

The researchers believe that the technology can be used for special charging rooms, cordless factories or for implanted medical devices.

Measurements show that the electromagnetic radiation in the room never exceeds the values ​​that the US authority FCC believes may pose a health risk according to the study published in Nature electronics.

Expensive technology to build into houses

The technology is too complicated and expensive, says Yujing Liu, professor of electric power technology at Chalmers, about the new room.

Yujing Liu thinks that wireless power transmission should be used where there are not already good and cheap cord and battery alternatives.

He himself researches cordless fast charging of electric road ferries.

The hottest right now are otherwise electric motorways where electric vehicles can be charged wirelessly while driving.

See in the video how it goes when mobiles and lamps get power through the air.