The decision of the Venezuelan opposition to participate in the elections of governors and mayors of November 21 did not have the unanimous support of several of its ... 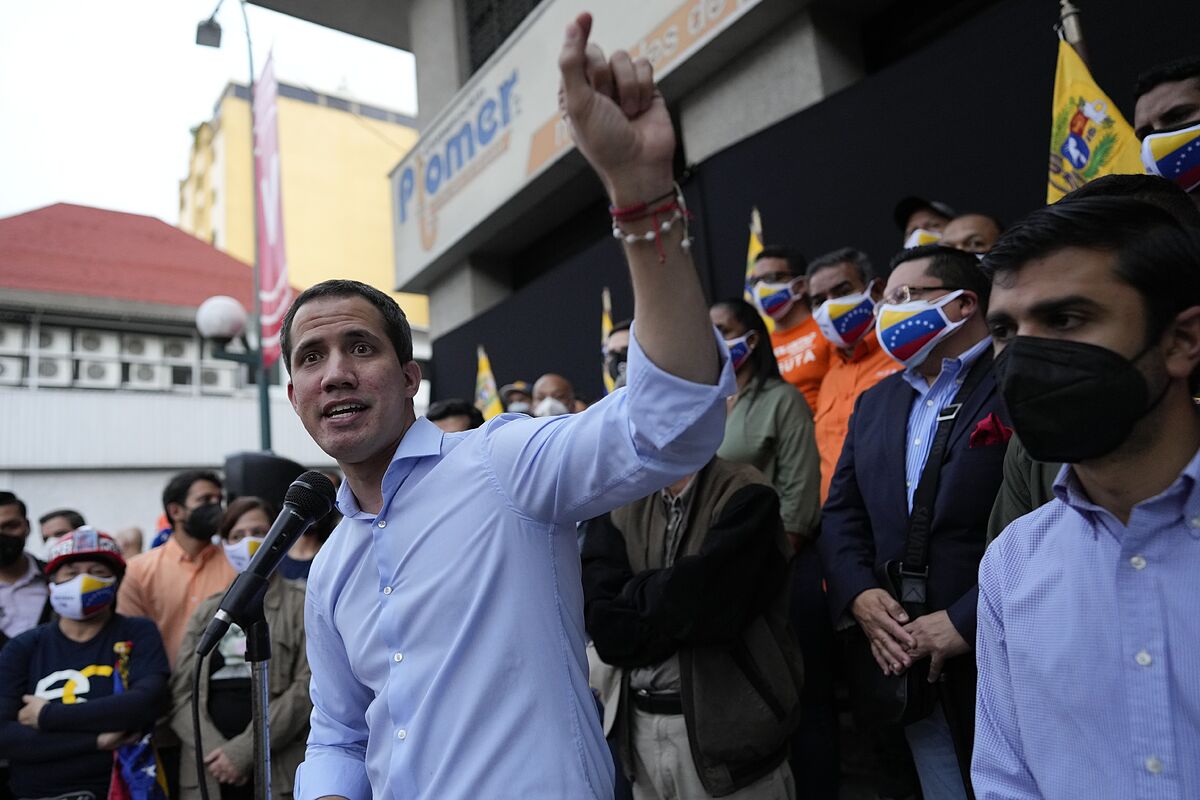 The decision of the Venezuelan opposition to participate in the elections of governors and mayors of November 21 did not have the unanimous support of several of its leaders, including the president in charge, Juan Guaidó, who, although he did not reject the announcement, has said publicly that there are not yet sufficient conditions for voting to be free.

In a mocking tone, Nicolás Maduro said on Tuesday night that he would applaud when he sees Guaidó voting in the November elections, to which the opposition leader replied that the guarantees to achieve

and fair elections will be sought by protesting in the streets or in the new negotiation between the opposition and the regime that will resume on Friday in Mexico City.

"Maduro: get serious. We all know that today there are no conditions or guarantees for a free and fair election. So much so that you are

sitting as a counterpart

in an international negotiation process that seeks those electoral and political guarantees and an election schedule," he said Guaidó on Twitter.

This Wednesday, the European Union welcomed the participation of the Unitary Platform of the opposition in the elections and called again for "electoral conditions that respect international standards of democracy," said Peter Stano, the Commission's main Foreign Affairs spokesman. European. It is still pending for the EU to decide whether to send an

"The conditions for free and fair elections must be consolidated. Those who decided to participate and those who did not, we fight for liberation and democracy,

to get out of the tragedy;

on the street, or in Mexico. We fight for conditions to get out of the dictatorship "Guaidó added.

Although Voluntad Popular, the party of Guaidó and the opposition leader Leopoldo López, decided to participate in the election, it did so with reluctance from its main leaders and due to pressure from the bases in different states and municipalities of the country, political sources told EL MUNDO . López himself does not agree to participate if maximum guarantees are not obtained, something that is still far from happening, the sources added.

Other leaders of Popular Will, such as

commissioner of the OAS General Secretariat for the Venezuelan migrant and refugee crisis, publicly rejected participation in the elections, also considering that there are no conditions.

"Not voting in dictatorship is also a right.

that challenges the social control and intimidation installed by the dictatorship. If there were no conditions just 8 months ago for women parliamentarians, why are there now? "Smolansky wrote on Twitter.

During the press conference announcing the opposition's participation in the election, the Secretary General of Action Democratic, Henry Ramos Allup, told those who do not believe in an electoral solution to the country's crisis that they have total freedom to try other strategies. "It has been said that the dictatorship does not come out with elections, those who believe that the solution is not electoral and that they spend it imagining fictions, nobody prevents them to carry them out, "he said.

When asked about Guaidó's absence at the event - although there were representatives of his party - Ramos limited himself to answering, with obvious annoyance:

"His party is participating, he is not a party."

Political scientist Ana Milagros Parra believes that the decision of the parties to participate, after more than three years without going to elections due to lack of guarantees, leaves Guaidó at a difficult

"If he decides to participate, it goes against his entire narrative and position, but already the electoral route seems to be gaining strength, with the international community promoting humanitarian dialogue and seeking an electoral schedule.

If he does not participate, he isolates himself more,

and it is likely that not everyone in Popular Will will follow him, becoming more weakened, "said Parra.

VenezuelaMaduro plans to send his son to negotiate in Mexico

Venezuela Guaidó agrees with Maduro a new dialogue in Mexico