El Salvador is about to enter the era of bitcoin ... but backwards?

Bitcoin, the famous cryptocurrency, is about to become, on September 7, for the first time an official currency in a country. It will be in El Salvador, but after the enthusiasm of the beginnings, this great… 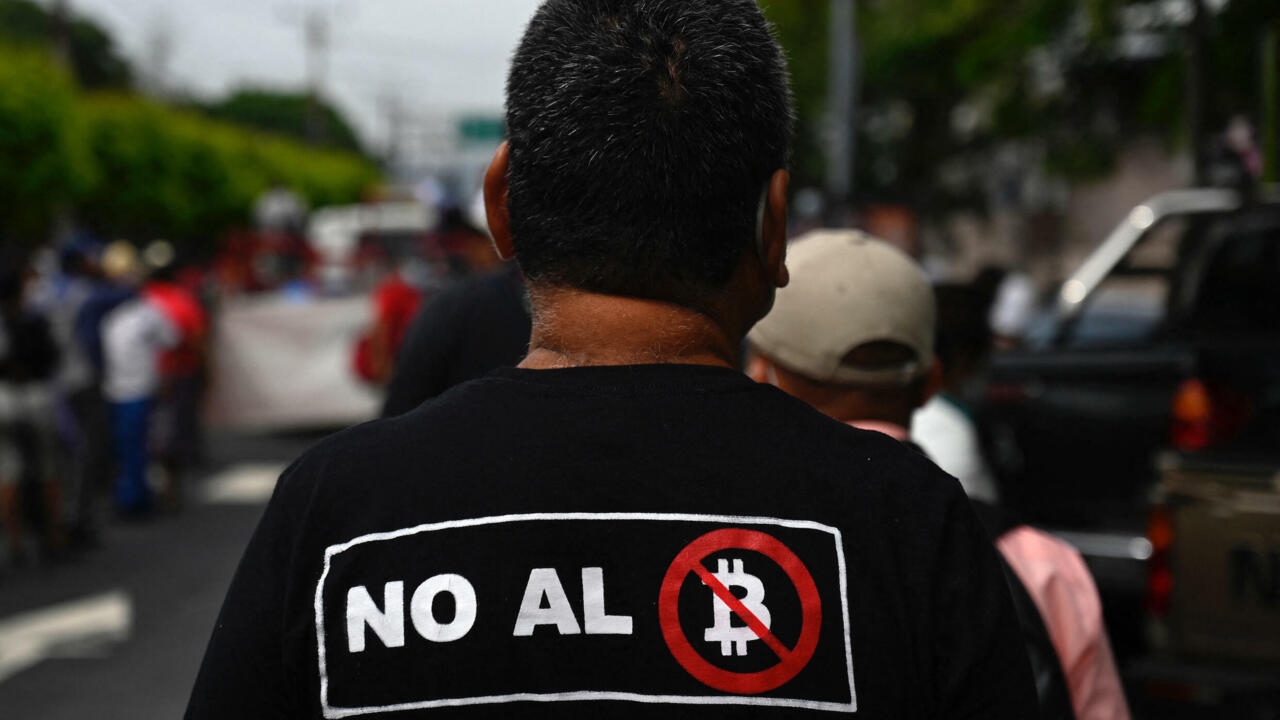 Less than a week before the plunge into the unknown.

El Salvador is due to become, Tuesday, September 7, the first country in the world to recognize bitcoin as an official currency.

From this date, traders will no longer be able to refuse to be paid in bitcoin, and Salvadorans will be able to pay their taxes and other taxes with this dematerialized currency.

This unprecedented decision, taken by the young Salvadoran president Nayib Bukele last June, had first aroused a wave of enthusiasm in the cryptocurrency community and a benevolent curiosity from certain banks.

Everything went (too much?) Quickly

But the closer the deadline approaches, the more virulent the critics become against this life-size experiment.

So much so that demonstrations gathered, Friday, August 30, several hundred people in San Salvador, the capital of the country, to protest against the law which confirms the adoption of bitcoin.

A parade of a modest scale, but which nonetheless remains the first in history against a cryptocurrency.

"The switch from euphoria to skepticism was very brutal," admits Ricardo Castañeda, a Salvadoran economist interviewed by the British daily The Guardian.

And the efforts made by the government to reassure the population are doing nothing.

The tweets that Nayib Bukele sends daily to extol the merits of his reform are no longer enough.

The creation of a special fund endowed with 150 million dollars, Tuesday, August 31, to facilitate the exchanges between the bitcoin and the dollars did not generate local enthusiasm either, report the national media.

It must be said that everything happened very (too?) Quickly.

Nayib Bukele unveiled his plans for bitcoin in the middle of the night of June 6, 2021, during a cryptocurrency conference in Miami.

What to take the whole country by surprise. Five days later, he had succeeded in convincing the legislator to pass a law formalizing the great crypto-leap forward. "It was clearly a way for this young president to take care of his image as a dynamic politician who is not afraid of new technologies," said Grégory Vanel, economist at the Grenoble management school and specialist in monetary systems, contacted by France 24.

Nayib Bukele was first able to benefit from the support of the Bank of America, which published a note in mid-June, deeming the measure bold and potentially beneficial for the country. It is true that El Salvador could appear as the ideal candidate for such a monetary revolution. "El Salvador adopted the US dollar as the only official currency in 2001, which means that Salvadorans have a certain habit of switching to a new currency," recalls Nathalie Janson, economist and cryptocurrency specialist at the Neoma Business school of management. School, contacted by France 24.

The Salvadoran economy is also very dependent on remittances from the diaspora abroad, and the movement of funds in bitcoins is deemed to be much less expensive than in any traditional currency.

Nayib Bukele also highlighted the potential benefits of a cryptocurrency for those excluded from the traditional banking system.

"It is true that in the region we have about 70% of individuals who are excluded from means of payment and access to credit. If you manage to put a smartphone in their hands, install enough withdrawal points , and to guarantee good internet access, bitcoin can make a difference ", recognizes Grégory Vanel.

Finally, the timing of the adoption of bitcoin also seems opportune. Currently, China has declared war on this cryptocurrency, and "there is an interest in becoming a kind of crypto-paradise to attract bitcoin-related economic activities that are no longer welcome in China," said the economist of Grenoble management school.

So many advantages which remain theoretical. But, in practice, "El Salvador has no interest in adopting bitcoin as an official currency", argues Grégory Vanel. He's not the only one to think so: The International Monetary Fund (IMF) published a blog post on July 26 to warn the country about the risks of raising a cryptocurrency, often singled out for its use by criminals, on par with the dollar. The rating agency Moody's, for its part, downgraded El Salvador, citing the bitcoin law as an example of "bad governance".

In fact, the main benefit cited by bitcoin supporters - the low fees on remittances - would not fit the case of El Salvador. Researchers at Johns Hopkins University in the United States demonstrated, at the end of July, that the cost of sending dollars from abroad to El Salvador was, in fact, lower than the commissions that must be paid when we want to exchange bitcoins for dollars at an ATM.

The other benefits of the introduction of bitcoin would also collide with harsh realities on the ground. "For everything to go well, it would take major administrative changes and investments in infrastructure," admits Nathalie Janson. Indeed, Internet access is much lower in rural areas than in coastal and tourist areas. In other words, "the use of bitcoin with their smartphone risks being a privilege for already privileged individuals while the poorest, who could benefit the most because they are often excluded from the banking system, n 'will not have access to it ", emphasizes Grégory Vanel.

And that's without taking into account the notorious volatility of bitcoin. This is the main reason for the anger of the demonstrators who fear for their purchasing power. "They are afraid that the government will decide, for example, to pay pensions in bitcoins in the future, which would introduce enormous uncertainty on the value of what would be paid to them", sums up Nathalie Janson.

So many elements that make Grégory Vanel say that the use of bitcoin as official currency in El Salvador is "doomed to failure". But for Nathalie Janson, we must not sell the skin of bitcoin before having killed it. She believes that it is a "bet on the long term" of Nayib Burkele. "For now, it's too volatile and maybe people will ignore it and continue to use only the dollar, but if the price stabilizes, that's another story," she said. .

The advantages of bitcoin will then be very attractive in his eyes.

It is a currency which, because there is only a limited quantity of bitcoins in circulation, does not know inflation: enough to make dream the rulers of the countries of South America who have been, historically , still facing inflation problems.

In addition, it would be a way "to demonstrate that there is an alternative to the dollar to stabilize a monetary system", adds the French economist.

And in a region of the world where anti-American sentiment remains strong, this is a promising political argument.