Scania manager: "Mobile situation we have to adapt to"

Production at Scaniafabriken in Oskarshamn is scheduled to start on Tuesday next week, but the uncertainty is great, according to Peter Magnusson, site manager for assembly and logistics. 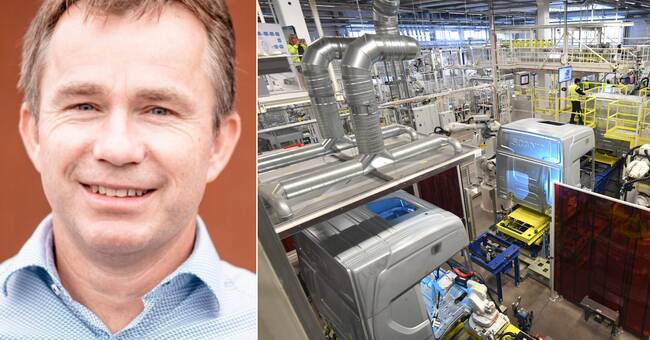 - It is not new that there is a global semiconductor shortage, we have lived under that threat for quite some time, says Peter Magnusson, site manager for assembly and logistics at Scania Oskarshamn.

Scania temporarily stops its truck production in Sweden due to a lack of semiconductors.

A total of 9,000 employees are affected in the factories in Södertälje, Oskarshamn and Luleå.

At the factory in Oskarshamn, around 1,600 employees are affected.

- There can always be some concern, but they are safe with the information we provide, and we say that we do not know everything, it is also important.

It is a mobile situation we have to adapt to, says Peter Magnusson.

How safe is it that you get started on Tuesday next week?

- All signals we have indicate that we are up and running next week, but the information we receive is updated daily, and sometimes several times a day, says Peter Magnusson, site manager for assembly and logistics at Scania Oskarshamn.