Pere Aragonès is sure that Catalonia will organize a self-determination referendum in this decade. This was stated this morning by the president during a ... 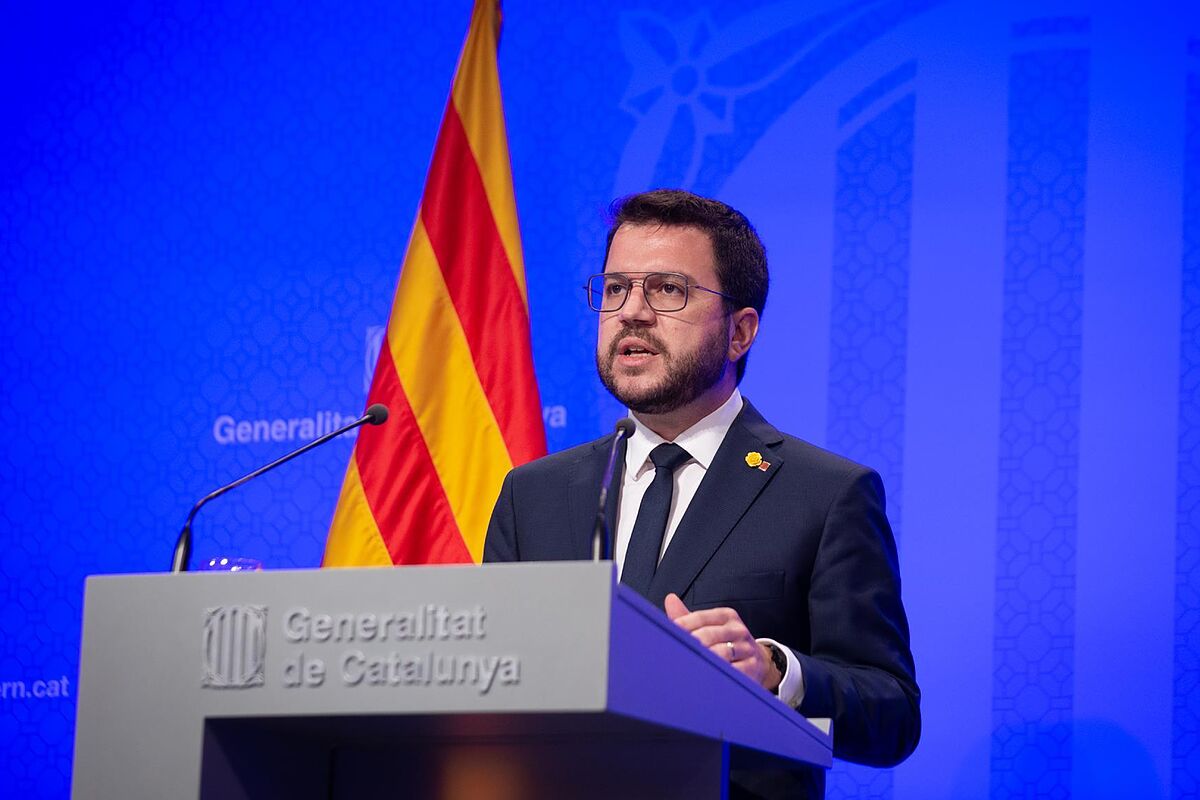 Pere Aragonès is sure that Catalonia will organize a

in this decade. This was stated this morning by the

during an interview on TV3, where he speculated on the possibility that the autonomous community would participate as a State in the

, in whose candidacy the Generalitat and the central and Aragonese governments work together. .

"It is not a question of leaving

for 10 years from now or that any proposal for economic development involves renouncing independence," he commented on the possible clash of interests between collaboration between Administrations and the process of rupture. "We want Catalonia to vote in a recognized way and, if it is done before 2030, it will be the first Games in which we will participate under our flag," he predicted when questioned about this sporting competition.

Aragonès has wanted to make it clear that the objective of his Government and of Esquerra Republicana continues to be secession.

with the State, which will take place in Barcelona during the third week of September [with a date yet to be determined].

For this reason, when the composition of the two negotiating teams is still unknown, the Catalan president has warned that he would not understand that this meeting was held without the presence of Pedro Sánchez: "I cannot conceive of a meeting in which the president is not present. He is not there. he knows how important it is to face the political conflict. "

Although the Generalitat has not revealed the names of its representatives in the next bilateral meeting, the head of the Government confirmed in early August that he would attend a summit that he described as "extremely difficult." At the first meeting held at the

In February 2020, it was agreed to hold a monthly appointment without the presence of the main officials of both governments [then Sánchez and Quim Torra], who would only attend, together with their vice-presidents, the extraordinary biannual meetings. The Covid pandemic relegated that theoretical calendar and, subsequently, the call for elections in Catalonia ended up delaying the appointment until this September. For Aragonès, the fact that the composition of the two Cabinets is different from that of a year and a half ago would justify the two presidents heading the second meeting again.

has reiterated that the referendum and the

will be the two main flags that he will fly in the conclave and has abounded in his message that the dialogue between the two executives must conclude in an agreement: "Either there is a democratic solution or there will be again moments of instability ".

Likewise, he has assured that "nobody wants clashes", but that the independence movement will not renounce its objective: "The negotiation must serve to agree on a procedure through which, if there is a clear majority, it can be achieved through democratic and peaceful means. ".