Direct communication and replacement for corn: what are the prospects for the development of regional aviation in Russia

Russia has every opportunity to restore regional aviation. This point of view was expressed by the Minister of Defense of the Russian Federation Sergei Shoigu. According to him, projects of new aircraft and helicopters are being successfully implemented in the Russian Federation, but the route network is not yet sufficiently developed. According to experts, the situation in the regional aviation of Russia has noticeably improved in recent years. The drivers of positive changes were the modernization of the aircraft fleet, subsidies for transportation, the development of leasing and the emergence of a single Far Eastern company. 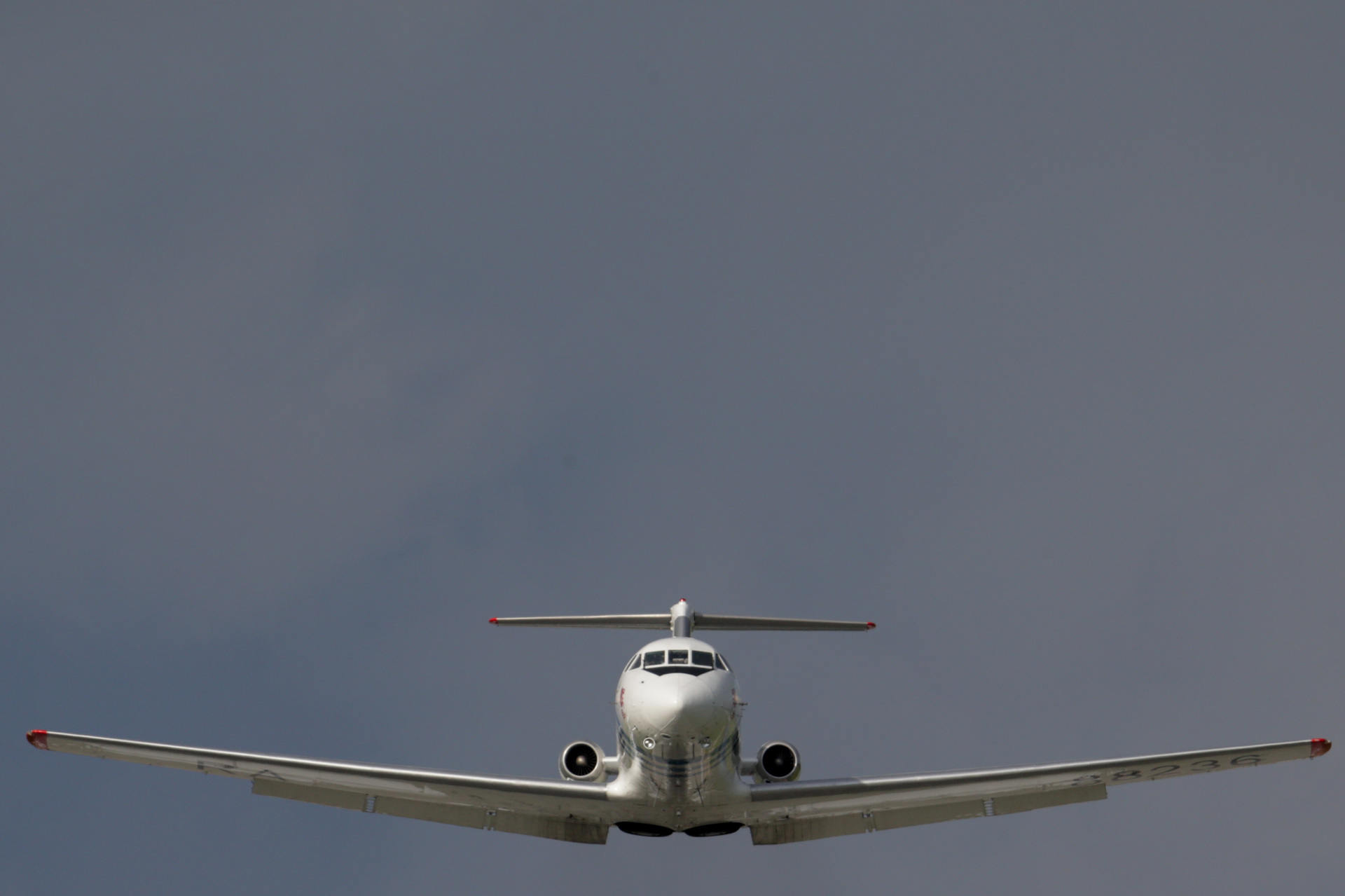 Russian Defense Minister Sergei Shoigu in an interview with the Russia-24 TV channel said that Russia has every opportunity to revive regional aviation.

According to the minister, "a platform from which to start" is a significant renewal of the aircraft and helicopter fleet.

“In general, in such a huge country it is very difficult without aviation, and today we have the opportunity to revive this aviation, so that we have planes, and we already have them - L-410, and then there will be L-610.

L-410 - we at the Ministry of Defense, together with colleagues, put on floats or float landing gear - you can sit on rivers, lakes.

This is such a big, very important program, ”Shoigu stressed.

The Minister drew attention to the importance of the implementation of such projects as the creation of aircraft MS-21, Superjet-100 (now they are replacing imported components), LMS-901 "Baikal".

Shoigu also recalled that Russia has completed the modernization of "many aviation enterprises", including the Kazan Helicopter Plant and the Aviation Plant in Ulan-Ude.

However, as the minister said, along with the achievements, there are certain problems.

In particular, in Russia, especially in the gigantic expanses of Siberia, the route network is still poorly developed.

According to Shoigu, in the end the Russians have to fly from Yeniseisk to Tomsk via Krasnoyarsk.

On a new basis

As Roman Gusarov, editor-in-chief of the Avia.ru portal, explained in a commentary to RT, difficult times for domestic regional aviation came with the collapse of the USSR.

According to him, regional and local airlines were widespread in the Soviet Union, but in the 1990s, the intensity of flights dropped sharply.

“In the USSR, air travel was subsidized from the budget.

Thanks to this, any citizen could afford a plane ticket.

Nobody counted money, but this was also a minus - as soon as treasury revenues collapsed with the crisis, mostly commercially profitable flights remained afloat, ”says Gusarov.

According to the expert, the situation in the regional aviation of the Russian Federation began to improve with the emergence of local and federal programs for subsidizing air travel.

At the same time, as Gusarov stressed, the Russian state is not trying to revive this segment of civil aviation on the Soviet model.

“For regional aviation to function successfully, it must be subsidized.

This is completely normal practice.

The same policy is pursued, for example, by Canada, which is similar in geographic conditions to our country.

However, now in Russia the subsidy is carried out selectively and is aimed at supporting the transportation market, ”Gusarov emphasized.

The analyst explained that the Russian authorities are constantly "probing the market", reducing the infusion of money into flights, which can be recouped.

In addition, budget funds are not used to finance unpopular areas, as it was in the USSR.

Experts call the modernization of the aircraft fleet an important measure - Russia is beginning to replace obsolete machines of the previous generation and Western aircraft, which, as a rule, are poorly adapted to the harsh conditions of Siberia and the Far East.

One of the key roles in this is played by the Ural Plant of Civil Aviation JSC (UZGA).

It was at its facilities that the production of the L-410 all-metal high-wing turboprop with a capacity of 17-19 people was launched.

This aircraft can be operated on the water surface and on unprepared unpaved airfields.

The specially designed landing gear of the aircraft facilitates landing on almost any terrain, and a few meters of a strip with a minimum strength of 6 kg / cm² are enough for landing.

In other words, the L-410 will land and take off from short grassy runways, ”the company notes.

At present, the UZGA team, under the leadership of designer Sergei Merenkov, has concentrated its efforts on the creation of a turboprop regional TVRS aircraft with a capacity of 40-44 passengers.

The current production program provides for the production of 220 machines.

The company expects to supply not only the passenger version.

To transport more passengers in the regions of the Russian Federation, the Il-114-300 turboprop with a capacity of 68 people and a range of up to 1900 km will be used.

In cargo equipment, the liner will be able to take on board up to 6.5 tons of payload.

The car made its first flight in December last year in Zhukovsky.

The Il-114-300 is a modernized version of the Soviet Il-114, which was assembled in Tajikistan and in broad cooperation with the Eastern European states.

In 2012, the production of the airliner was completely curtailed, and a few years later the designers of PJSC "IL" began to create a new aircraft with full localization of production in the Russian Federation.

Like other regional aviation machines, the Il-114-300 is adapted for takeoff and landing on unpaved surfaces.

The state intends to allocate 50 billion rubles for the cycle of work on this liner until 2025.

Another important project in the regional aviation segment is the development of a light multipurpose aircraft LMS-901 "Baikal".

The work is carried out under the guidance of the chief designer of the company "Baikal Engineering" Vadim Demin.

The machine is designed to replace the unpretentious An-2 (maize).

The fleet of this aircraft, in service since the 1950s, is steadily declining.

As Demin said in an interview with RT in May, “Baikal” is based on the same principles as in the An-2: “safety, accessibility, versatility, the ability to operate in small towns and villages with unpaved runways” ...

At the moment, we have “soft” contracts for ten aircraft, and for initial sales, we already see a clear prospect of assembling more than 100 aircraft.

We expect that Baikal will be purchased primarily by the air carriers of the Far East and the Arctic, which operate the An-2, ”said Demin.

In addition to replacing the corn machine, LMS-901 should be exported and compete with foreign machines - Cessna 208, Quest Kodiak 100, Pilatus PC-6.

First of all, "Baikal" will surpass foreign aircraft due to the cost of a flight hour, which should amount to 30 thousand rubles.

“Russia is in dire need of aircraft of its own production.

It's not just about the sanctions risks and the importance of supporting the domestic industry.

Western machines are often poorly adapted for operation in our much more severe conditions.

In our airplanes, this shortcoming a priori should not be present, ”Gusarov emphasized.

Aviation expert, author of the Aviator.ru portal, Sergei Martirosyan, said in a commentary to RT that leasing will become the main tool for renewing the fleet of regional carriers.

He recalled that for this purpose the State Transport Leasing Company (STLK) and a number of other organizations function in Russia.

“Airlines in the regions often do not have sufficient funds to purchase new aircraft, loans are expensive.

Leasing is a great tool to solve these problems.

It allows to update the aircraft fleet in a short time without significant costs, ”explained Martirosyan.

An important milestone in the development of domestic regional aviation, according to experts, should be the activities of a single Far Eastern airline, which was created on behalf of Russian President Vladimir Putin.

“It is extremely important to develop air traffic in the Far East so that its residents can freely move within the macroregion, fly directly, without connections, and not through major transport hubs,” Russian Prime Minister Mikhail Mishustin explained the main task of the airline last month.

In the future, the air carrier's route network will include 535 socially significant routes, including 100 interregional routes and 435 local ones.

Flights between the regions of the Far East will be subsidized.

For these purposes in 2021 the state will allocate 1.58 billion rubles.

According to Sergei Martirosyan, a single Far Eastern airline will solve a lot of problems with transport accessibility in such a macroregion as the Far East.

“A single Far Eastern airline takes into account the specifics of the Far East, where there are practically no roads and communication even between satellite cities and closely located settlements can be carried out only by air.

In principle, this is the main type of travel in the Far East, ”Martirosyan said.

According to the expert, the federal authorities and regional leaders realize that without the development of regional aviation in Russia it will not be possible to improve the living conditions of citizens and build a normally working economy.

“The payload and passenger capacity of regional aviation aircraft are small, and their practical importance is enormous.

There is still a lot of work to do: a lot of new cars are to be put into operation, including the much needed SSJ-100 for the country, and, of course, to form a systemic policy in the field of pricing so that the air ticket is available to more people, ”Martirosyan summed up.