A waterspout has surprised the town of Benicàssim (Castellón) this Sunday morning, where it has discharged with force and has left records of up to 150 liters ... 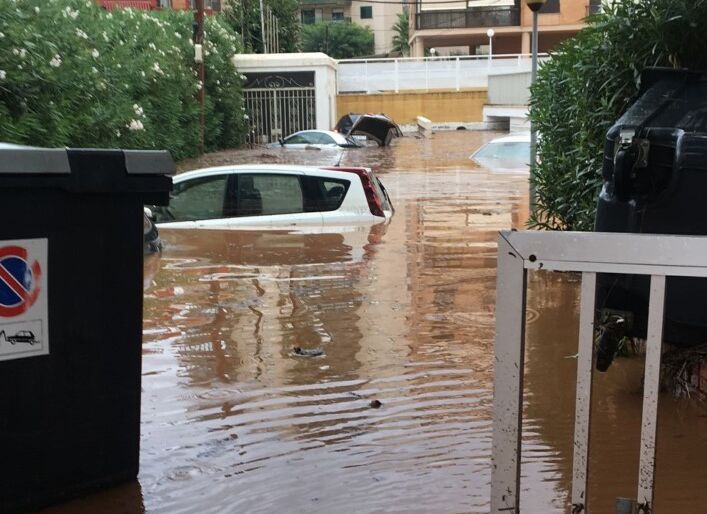 has surprised the town of Benicàssim (Castellón) this Sunday morning, where it has discharged with force and has left records of up to

in just one hour. The water

and has forced the

who have been trapped in their flooded homes, as well as cutting the N-340 at the height of Castelló de la Plana, from kilometer 982 to 990.

Faced with all these situations, the Castellón Provincial Firefighters Consortium has activated a

that has mobilized five crews, three forest firefighting units of the Generalitat, a Machinery and Logistics Unit (UML) with a large bilge device and two units of command, as reported by the provincial body.

The 1 · 1 · 2 Room has received 20 incidents in the area, as detailed by the Generalitat Emergency Coordination Center.

Specifically, in Benicàssim, members of the Consorcio's Plana Alta Park have acted in a flooded garage and restaurant and have rescued

two people who have been trapped

inside their vehicles at the key roundabout and at another point Unspecified.

They have also come to check a vehicle that has been floating.

At the same time, they have carried out four drains of water in a gas station, two garages and the basement of a house and have rescued a disabled woman inside her house, which has been flooded.

The storms have also discharged with intensity in towns near Benicàssim such as Oropesa (62.8 l / m2) and Castelló de la Plana (21.6 l / m2), according to data from the State Meteorological Agency (Aemet), Avamet and the '112 CV'.

After 11.00 hours, it has stopped raining and the Consortium has reported that it has "normalized the situation."

as well as the pre-emergency red level in the southern coast of the province of Castellón and yellow level in the interior and north coast.

The forecast of Aemet already warned of

in the northern half of the coast from the morning and in the rest of Castellón, which will extend to points north of Alicante and southern interior of Valencia along the late.

Covid-19 The Covid is primed with the toilets again: 90 of low or in quarantine

PoliticsAlicante, new battlefield between PSOE and PP due to the capital effect ... of Valencia