The latest shouts of Tik Tok.. What are the health risks of the frozen honey challenge?

“Frozen honey” is the latest trend of the famous “Tik Tok” application. But is it healthy and safe, or does it have health risks? 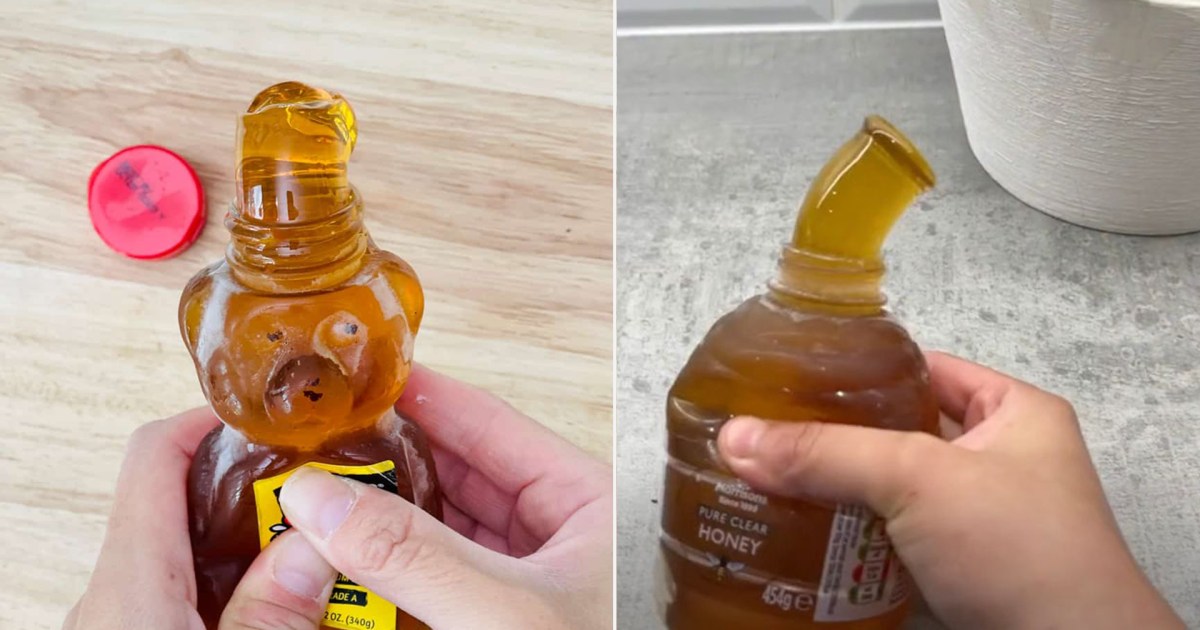 “Frozen honey” is the latest trend of the famous “Tik Tok” application.

But is it healthy and safe, or does it have health risks?

Thousands of Tik Tok users around the world participated in the challenge of freezing honey over the past three months, with the beginning of the summer, bringing the hashtag "honey bottle challenge" to more than 51 million views, according to Sanad Agency, Al Jazeera Network.

The challenge steps are to dissolve a specific amount of honey in warm water, add gelatin and artificial food colors to it and leave it in the freezer for 24 hours to become a gelatinous texture.

The challenge received wide interaction all over the world, including the Arab countries, on social networking sites, most notably Tik Tok and YouTube, with scenes of the success and failure of the challenge application and re-attempts to manufacture it at home.

Doctors warned of the negative effects of the challenge on the health of its participants, due to the high sugar content in the "refreshing" meal components, according to the description of those who took it, stressing that it leaves a feeling of nausea and a desire to vomit, and may lead to health damage to the pancreas and digestive system.

Tweeters expressed their dissatisfaction with the challenge because of what they described as the unpalatability of swallowing all this amount of sugar without feeling tired.

The German health website (gesundheit.de) revealed how to prepare this "frozen honey" through the videos that were very popular on the "Tik Tok" application, according to a Deutsche Welle report.

Pour the liquid honey into a small plastic bottle, and cool it in the refrigerator for a few hours until it becomes a gel-like consistency.

You can also buy honey in a pressurized bottle and freeze it, and then take the frozen honey straight from the bottle and eat it like ice cream.

Honey can also be mixed with food coloring, corn syrup, or other sweets for an exciting experience.

Frozen honey may be a delicious refreshment, but it's not a healthy alternative to summer ice cream or frozen yogurt.

Also, "frozen honey" can be harmful to health if consumed in excessive quantities.

Doctors and nutritionists have expressed concern about this new challenge, and have warned of its harmful effects on health.

Some users complain of nausea and diarrhea after eating frozen honey.

One of the biggest problems is the concentration of sugar and carbohydrates in honey, says Dana Hoeness, a professor at the University of California, Los Angeles, Fielding School of Public Health, citing USA Today.

Although honey is generally considered healthy, excessive consumption of it can "pull a lot of water into the digestive system and lead to diarrhea," Hoeness says.

Because of the high sugar content in honey, the blood sugar level may quickly reach a high level.

It can also decrease again at the same speed, which leads to feeling hungry quickly again.

High and frequent sugar intake also leads to weight gain and obesity, and thus increases the risk of type 2 diabetes.

Sarah Ruffin, a nutritionist from New York, warns TikTok users of this harmful trend. "If you eat something that contains a lot of sugar, you will have an equally high insulin response. This often leads to a rise in sugar and then Severe when blood sugar is low.

The New York Times warned in a report against eating “frozen honey” and said that eating it over a longer period of time can lead to weight gain and damage to the teeth, as decay bacteria feed on carbohydrates, especially sugar, and turn them into acid responsible for destroying tooth enamel. This leads to gingivitis, tooth decay or complete loss of teeth.