A new Sudanese position on the Renaissance Dam... the expansion of the rebellion in Ethiopia and an international call for a ceasefire

The Secretary-General of the United Nations called for an immediate end to hostilities in Ethiopia. As the battle area expands and new movements enter the adventure of rebellion against Addis Ababa; Sudan announced a new positive position on the Renaissance Dam. 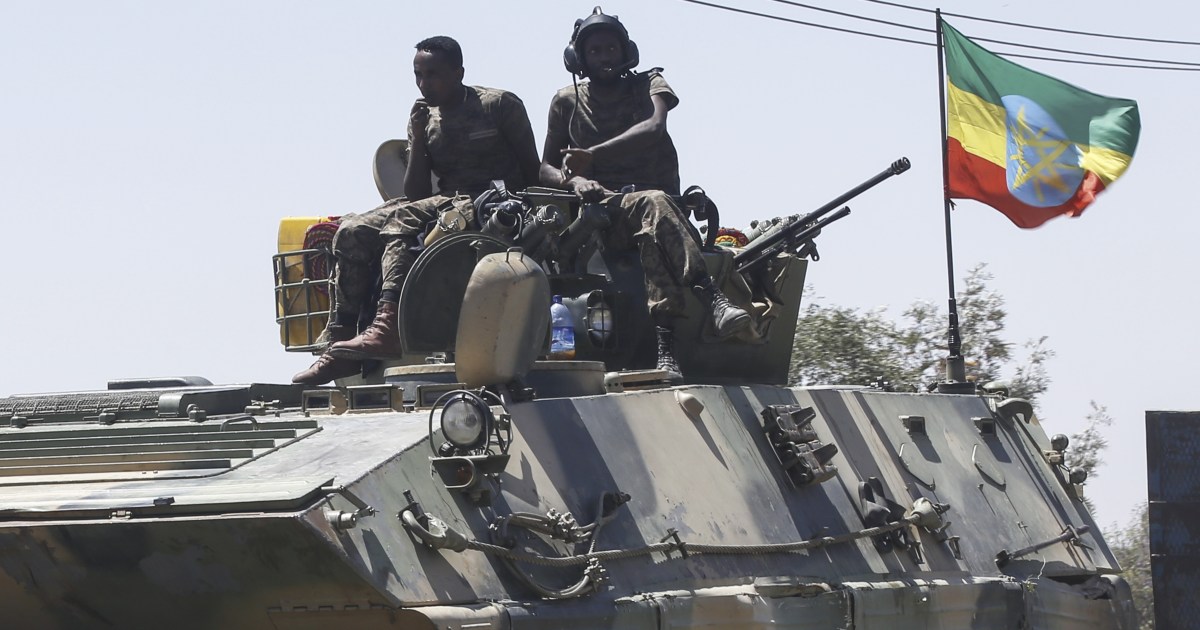 United Nations Secretary-General Antonio Guterres called on Thursday for an immediate end to hostilities in Ethiopia.

As the fighting expanded and new movements embarked on the adventure of rebellion against Addis Ababa, Sudan announced a new positive position on the Renaissance Dam.

Guterres urged the parties to the conflict in Ethiopia to immediately cease hostilities without preconditions and negotiate a permanent ceasefire.

During an open session of the UN Security Council on the situation in Ethiopia, Guterres stressed the need for foreign forces to leave the country.

The UN appeal comes amid the expansion of the rebellion in Ethiopia and the joining of armed movements to the Tigray Liberation Front, which is fighting government forces.

The Tigray rebels have made remarkable progress since last June, regaining control of most parts of the region, and since July 22, they began incursions into the Afar and then Amhara regions.

This military advance encouraged the OLA rebels to announce their alliance with the Tigray Liberation Front on August 11, and confirm the presence of other groups engaged in similar discussions.

On Thursday, the Ethiopian Human Rights Commission said that gunmen killed at least 150 people last week in western Ethiopia in what it described as an attack by an armed group on civilians.

The commission added that residents of "Jida Keremo" in the eastern district of Waleja told its investigators that the gunmen were from the Oromo Liberation Army.

For its part, the Oromo Liberation Army issued a statement denying that it had killed civilians in the facts reported by the commission.

As well as the Afri National Democratic Party announced earlier its joining the alliance of the Tigray Front and the Oromo Army.

The party also called on the Afar special forces and the local police to join what it called the resistance, to bring down the Prosperity Party founded by Abi Ahmed.

Among the armed movements hostile to Abi Ahmed's government are the "Liberation of Benishangul Region" movement, which is inhabited by a Muslim majority who speaks Arabic, and the Ogaden National Liberation Front.

In addition, a new Sudanese position was issued regarding the Renaissance Dam that Addis Ababa built on the Nile, and it differed with Cairo and Khartoum over the mechanism of its operation.

Sudanese Energy and Oil Minister Jaden Ali Obaid said that his country has embarked on an understanding with Ethiopia to buy more electric power, and that cooperation in this regard is old, stressing that an Ethiopian delegation visited Khartoum in this regard.

Jaden added - in a press conference - that the Renaissance Dam is important for Sudan, noting that his country's reservation only lies in the issue of exchanging data.

Sudanese Prime Minister Abdullah Hamdok discussed with the European Union envoy for the Horn of Africa Annette Weber in Khartoum the issue of the Renaissance Dam and the Sudanese-Ethiopian border file.

During her meeting with the European envoy, Sudanese Foreign Minister Maryam Al-Mahdi expressed her country's concern about the situation in Ethiopia, and also gave her an explanation of Sudan's position on the Renaissance Dam, and its adherence to the need to reach a binding legal agreement between the three parties, Egypt, Sudan and Ethiopia.