Netherlands, protests outside the base hosting evacuated Afghans

Police stopped the demonstration on Tuesday evening outside the base in the village of Harskamp, ​​85 kilometers east of Amsterdam. 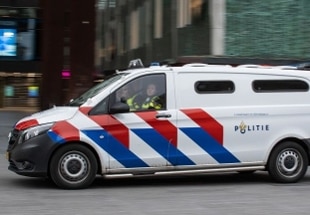 August 25, 2021 Protests erupt outside a refugee reception center in the Netherlands.

According to local media, the police had to intervene on Tuesday night to disperse about 250 protesters who had gathered to prevent the access of some Afghan refugees to a reception center located in a military camp in Harskamp, ​​a village east of Utrecht.

About 800 refugees from Afghanistan are expected in the reception center, where arrivals began last night.

The military camp is one of four emergency reception centers created by the Dutch government.

The protest outside the reception center located in Ede's Harskamp had begun peacefully on Tuesday afternoon but in the evening the tension increased when the demonstrators set fire to a pile of tires placed in front of the entrance to the reception center, reports the local press. The police intervention then dispersed the demonstrators and the police guarded the building throughout the night.

Yesterday the Dutch Central Agency for the Reception of Asylum Seekers (Coa) also announced that it will open a fourth emergency shelter for displaced people from Afghanistan in Nijmegen. The new center will host from 750 to 1,000 places and will join those of Zoutkamp, ​​Huis and Ede.