Fifty-six days of hearings, 93 witnesses, all before an unprecedented Court of Justice created especially by the African Union ... The trial of Hissène Habré was historic. The African Chambers ex… 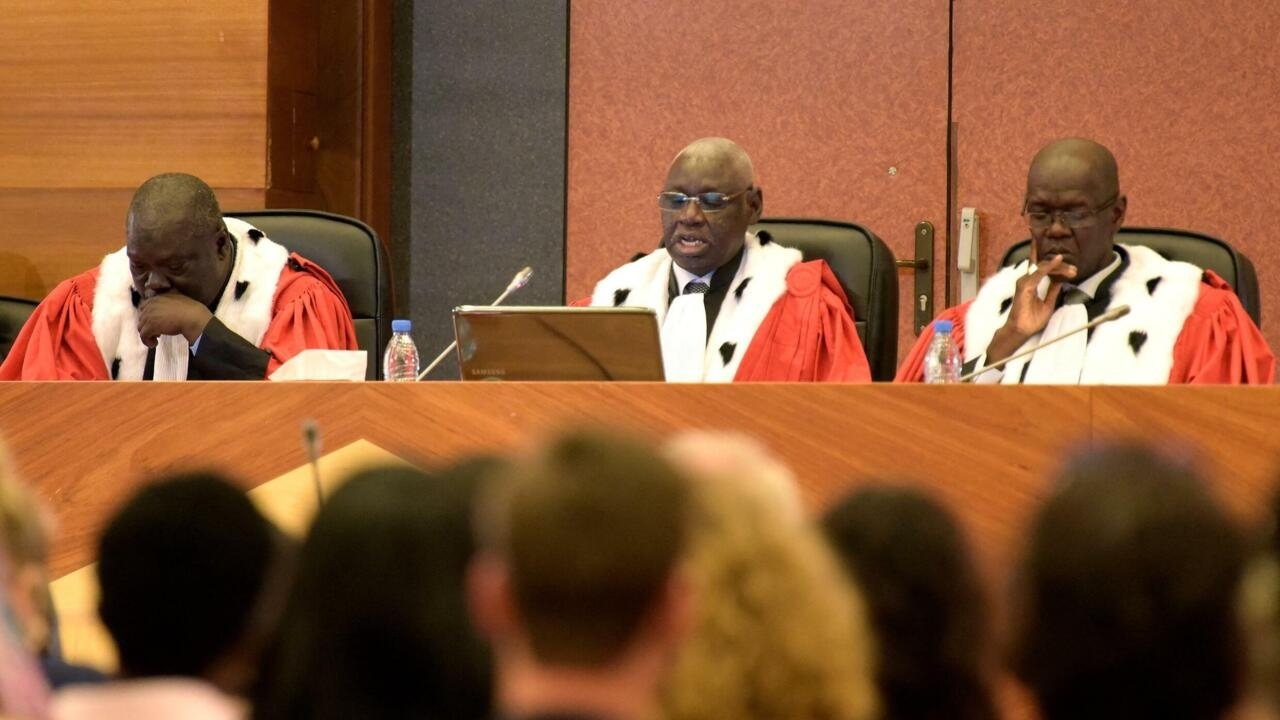 Malian judge Wafi Ougadeye, president of the EAC, pronounces sentence in the case of former Chadian dictator Hissène Habré on April 27, 2017 in Dakar.

Fifty-six days of hearings, 93 witnesses, all before an unprecedented Court of Justice created especially by the African Union ... The trial of Hissène Habré was historic.

The Extraordinary African Chambers (ACE) have raised many hopes for the autonomy of international justice on the African continent.

tried in a country other than his own

The Extraordinary African Chambers, created especially by the African Union and Senegal to try the crimes of Hissène Habré, symbolized the potential capacity of the African continent to

the atrocities committed on its soil.

The international community, fearing that Chadian justice could not grant a fair trial to the former president, has always opposed the extradition of Hissène Habré to his native country.

But on the other hand, despite the order of the International Court of Justice, the Senegalese justice declared itself incompetent to judge him, it was therefore necessary to invent a third way so that the trial could take place.

These ACEs then appeared as the salvation of the victims of dictatorships on the African continent, far from the so decried International Criminal Court, close to families and complainants.

It took a political alternation in Dakar and the election of Macky Sall for the steps to be taken, but the success is real.

A controlled budget, -8.5 million euros, and

a verdict quickly given

The only downside is that the approach frightens African heads of state and leaders of the African Union who have clearly indicated in the future that they do not want to risk ending up in front of such a tribunal.

The eventful audiences of Hissène Habré

During his trial before this exceptional jurisdiction, Hissène Habré and his lawyers made this unprecedented Court a target: the former president denounced an illegal legal structure.

He opted for obstruction and silence in his defense strategy and unleashed support movements in the streets of Dakar.

He then refused to attend the hearings.

On September 7, 2015, he was forcibly brought into the room struggling and shouting the point raised "

The images are strong, we see Habré in a turban and in a white boubou carried by 6 Senegalese police officers to the accused's box.

Former Chadian President Hissène Habré (back, center) is escorted on the first day of his trial on July 20, 2015 in Dakar.

During the remainder of the trial, Hissène Habré remained silent, his mouth hidden by his turban and his eyes hidden behind dark glasses.

A casual attitude during an extraordinary trial, which ended with his conviction at first instance and on appeal, to life imprisonment.