The police at Gamlegården: Hopelessly get rid of the drugs

It has been almost a month since three people were shot in the middle of the afternoon outside Gamlegården's center in Kristianstad. No one has yet been arrested for the act. But for those who live and work in the area, the feeling of insecurity is palpable. A drug police SVT Nyheter has spoken to calls the work against drug sales almost hopeless. 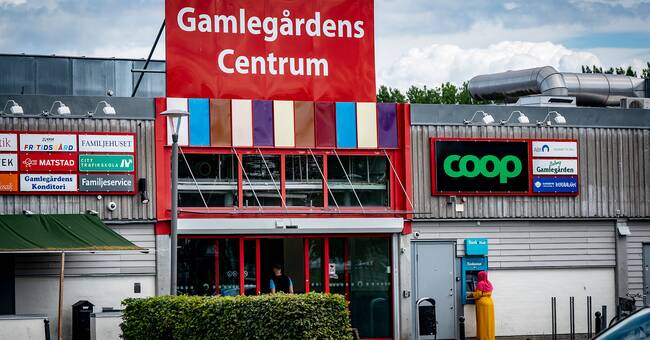 After the shooting on August 3, when three people were hit by bullets outside Gamlegården's center, many who live and work in the area experience concern.

- The mood has changed.

Otherwise, it has been a vibrant center with a lot of people on the move, says Camilla Nilsson who is a librarian.

Wants to strengthen the legal chain

Several point to a sad development in recent years with a lot of drug sales.

The picture is confirmed by a drug police officer we talk to who does not want to participate with name and picture.

Hen describes an almost hopeless job of getting rid of the drug trade, how new sellers are constantly coming and that they do not care about penalties or are afraid of the police.

The police think they are doing a good job, but the penalties, which often come long after the act, are too low, according to the police SVT spoke to.

- We need to be more, but the entire legal chain needs to be resources so we have time, he says.

After the shooting, the police have temporary reinforcements in Gamlegården.

The municipality has a lot of efforts and it is being deployed even more now.

SVT tries to talk to several people who live in the area but few want to say anything and find the situation with drugs and crime unpleasant, despite the extra efforts.

A man named Quais says he would like to move.

What is the solution?

- That the police should be here all the time, he says.

In the clip above, you hear residents and those who work at Gamlegården about how they experience the situation after the shootings.