The area of ​​forest land increased from 240,000 mu to 1.151 million mu, the forest coverage rate increased from 11.4% to 82%, the stock of standing timber increased from 330,000 cubic meters to 10.368 million cubic meters, and the total operating area was 1.4 million mu...this is half The transcripts jointly handed over by three generations of foresters in Saihanba over the past centuries. △Sa 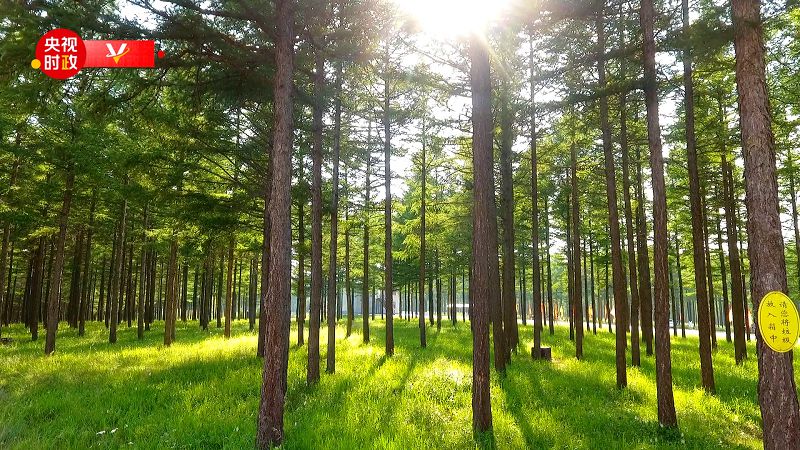 The area of ​​forest land increased from 240,000 mu to 1.151 million mu, the forest coverage rate increased from 11.4% to 82%, the stock of standing timber increased from 330,000 cubic meters to 10.368 million cubic meters, and the total operating area was 1.4 million mu...this is half The transcripts jointly handed over by three generations of foresters in Saihanba over the past centuries.

On August 23, 2021, General Secretary Xi Jinping came to Moon Mountain of Saihanba Mechanical Forest Farm in Hebei Province to observe the natural landscape of the forest farm, listen to the introduction of Hebei's overall promotion of the management of landscape, forest, lake, grass and sand system and forest farm management and protection, and visit the forest rangers.

For Liu Jun and his wife Wang Juan, the arrival of the general secretary is the best affirmation of their 13 years of work.

In 2008, Liu Jun and his wife Wang Juan came to the "Wanghailou" in the depths of the Saihanba Forest Farm as watchmen.

Back then, the "Wanghai Tower" had no access to water, electricity or heating, and there was no one left for half a year when the mountain was closed by heavy snow.

Every 15 minutes during an important fire prevention period, Liu Jun and his wife will watch and report on the fire in the forest and sea in a radius of 20 kilometers.

"Treat every tree like your own children" is the common working attitude of the husband and wife.

Leaving the Moon Mountain "Wanghai Tower", Xi Jinping came to Shanghai Memorial Forest to observe the growth of the trees on the spot and understand the forest farm's promotion of the Saihanba spirit and high-quality development.

"The contribution of our generation is worth it!" Old man Chen Yanxian was deeply moved by the kind care of the general secretary to the first generation of Lin people.

Chen Yanxian is 77 years old this year and went to work in the forest farm in 1964. She is the first generation forester of Saihanba Mechanical Forest Farm.

The old lady still remembers that when she first arrived at the forest farm, in order to lay a good foundation for the next year's afforestation, she braved the freezing temperature of minus 40 degrees to carry hemp rope up the mountain to work.

When it was too difficult, the workers sang revolutionary songs to encourage each other. This is the best memory in the heart of the old lady.

"Too much boost, so excited, so excited!" Chen Zhiqing, 49-year-old director of Saihanba Mechanical Forest Farm, used three words to express his feelings when he heard the speech of the general secretary.

In 1994, Chen Zhiqing came to Saihanba from his hometown of Xingtai. When he first arrived at the forest farm, Chen Zhiqing worked as a treasurer in the grassroots forest management area. An old comrade who lived with Chen Zhiqing was a forest ranger and had to walk 40 per day. It takes many kilometers to walk through the jurisdiction. Looking at his firm back when he goes to patrol the mountain every day, Chen Zhiqing is moved time and time again. It is also from that time that Chen Zhiqing made up his mind to take root in Saihanba and became the second-generation forester. .

After graduating from university, 28-year-old Liu Xinyang worked as a technician in the forest farm. Her grandfather and father were also foresters in the Saihanba Forest Farm.

Now Saihanba has embarked on the path of green and high-quality development, and the conditions are no longer so difficult, but the Saihanba spirit of "keep in mind the mission, hard work, and green development" has been passed down among every generation of forestry workers.

For more than half a century, three generations of Saihanba people have planted seeds in the sand and planted green in the crevices of the stones, creating a green miracle of turning wasteland into forest and sea.

From a tree to a forest, one generation after another, can we accumulate the benefit of the thousand and fortune with the merits of the size.