The Azhari comedian.. Abd al-Salam al-Nabulsi, the noble who passed away penniless

With a special Shami taste mixed with the character of a son of one of the Cairo lanes, he presented an artistic color different from the comedy of his generation, based on emotion, playing with words and the fabricated conversational language. He was the poor, destitute aristocratic boy. 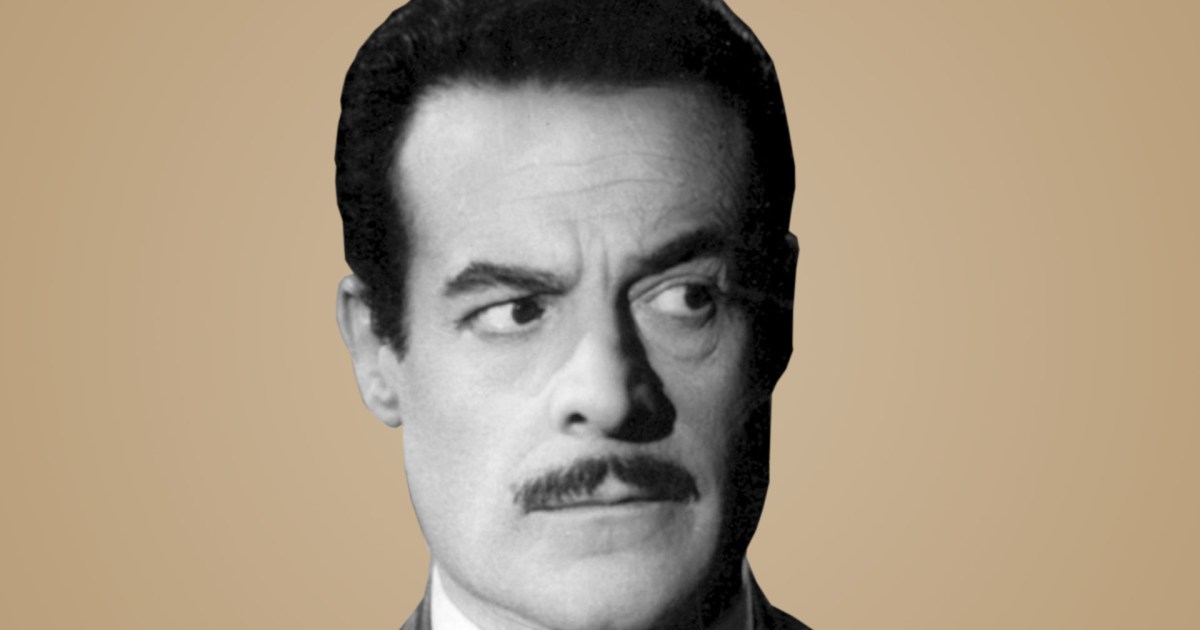 a special Shami taste mixed with the character of a son of one of the Cairo lanes, he presented an artistic color different from the comedy of his generation, based on emotion and playing with words and the fabricated conversational language.

He is the artist Abd al-Salam Abd al-Ghani al-Nabulsi, born on August 23, 1899, in a village in Tripoli, northern Lebanon, to a family of Palestinian origin. His grandfather and father were among the judges of the city of Nablus in Palestine, from which his nickname was derived.

Until the late stages of his artistic life, Nabulsi remained far from the starring roles and the first screen boy, but he was "Al-Sunaid" who stands on his shoulders the hero, so he formed duets with many movie stars of his time, most notably Ismail Yassin, who shared the starring roles with him, and Abdel Halim. Hafez, and Farid al-Atrash.

The late artist Youssef Wehbe called him "Count de Nabulsi", due to his talent for appearing as a light-blooded aristocratic man. His marriage to a Lebanese fan who was younger than him, before he left penniless with a heart attack on July 5, 1968.

Al-Nabulsi’s life was full of contradictions that formed the features of his artistic personality. Despite his upbringing in a conservative family that wanted him to be a Sharia judge, he was inclined to the lights of cinema and theater, and as he started with tragedy, he ended up in comedy, and despite his ancient family, he died in debt.

At the age of 20, his father sent him to Egypt to study at Al-Azhar Al-Sharif, in order to teach him about religion in the footsteps of the family. For film and theater makers in Cairo in the first half of the last century.

Al-Nabulsi came to Cairo at the height of the 1919 revolution against the British occupation, and lived through its political and societal events and the enlightenment renaissance that Egypt witnessed after that. The theatrical movement, which was the main gateway to the seventh art at the time, flirted with him.

He spent everything his father sent him to study to follow up on theatrical groups in Cairo, and when his father learned of this, he withheld the study expenses, so the young Nabulsi resorted to working in journalism and translation to complete his studies at Al-Azhar.

And about his journalistic experience, Nabulsi says in a television interview, "If I were not a comedian, I would like to be a journalist, because what helped me in my art is journalism, and the first pen in the East wrote about cinema and cinematic glory is me. He was in Al-Ahram newspaper for more than 20 years, The first to open Al-Ahram and create an art page and an artistic criticism in the world of cinema is me."

In the 1920s, Nabulsi's endeavors succeeded in joining the "Ramses" theater troupe, but soon separated from it, as he did not memorize his roles. Later, he moved to the George Abyad troupe, which performed in Classical Arabic, a language that Nabulsi was fluent in.

Coincidence was one of the reasons for Nabulsi's tendency to present comedy, as during his integration into the performance of his tragic role in the play "Julius Caesar", the audience fell into a fit of hysterical laughter from his performance, and when George Abyad watched him from behind the scenes, he asked him to completely stay away from tragedy and turn to the color comedy.

In the movie "You are my love" (1957 production), the director of the film, Youssef Chahine - who is known for his special vision in which he moves his actors - was unable to change the performance of Nabulsi, as the latter insisted on his method of performance to cause an argument between the two parties, after which Shaheen surrenders and decides not to direct comedies Since then.

In 1947, he moved away from directing to devote himself to acting after his artistic shares rose in comedic roles, as a second hero, and this helped him to invade the comedy stream to overcome the psychological and economic bad effects of World War II.

Although the character of the second hero was the main reason for his success and fame, it was the reason for the confiscation of his artistic abilities, so he produced for himself the movie “The Barber of Ladies” as his first absolute championship in 1960, in which Ismail Yassin participated as a second role, after he was the owner of the second role in most recent movies.

Al-Nabulsi's success as a hero in "The Ladies' Barber" had the effect of encouraging the artist Rushdi Abaza to produce the movie "Ashour Heart of the Lion" for him in 1961, and the following year he starred in "The Judge of Love", which he starred in a number of Lebanese films.

Among the most important figures that Nabulsi presented on the cinema screen, the "villain", "dance coach", "songwriter" and "musician", as well as "secret informant", "massage instructor" and "opportunist", all of which became a registered trademark in his name.

In the movie "Beautiful Mothers", he presented the role of a massage instructor, and when he described the gracefulness of the artist, "Mary Mounib", he said: "10 cents of fat and 10 cents of meat."

In the movie "Street of Love", he presented the character "Hasab Allah the Sixteenth", and he was next to the artist, Zeinat Sedqi, who had a smile on the viewers' lips, after a comic war erupted between them during the film, which ended with "Hasab Allah" surrendering to marry "Saniya Tartar", which is The character embodied by the late artist.

And in the book “The Laughing and Laughing,” writer Amal Arian Fouad says that the stardom and fame of Nabulsi was achieved only through the roles of Al-Sunaid (the second hero), and he is the hero of these roles, which he performed brilliantly. Abdel-Fattah Al-Qasry, so Al-Sunaid’s roles matched his capabilities and the image he tried to portray and preserve.

He helped him to stardom, his artistic beginning with the golden age of cinema and the birth of lyrical movie stars such as Farid al-Atrash, Abdel Halim Hafez and Mohamed Fawzy. His presence in these films was an essential thing that directors focused on to add a sense of humor to the film, with its personal characteristics, style and aristocratic accent.

In his last years, taxes worsened, which forced him to return to Lebanon forcibly in 1962, and artistically glowed again when he took over the management of an artistic production company in Beirut, without being able to solve his problem with Egyptian taxes despite the intervention of the planet of the east, singer Umm Kulthum and writer Youssef Al-Sibai, as their attempts to the government of their country did not succeed in solving the problem.

After he was called the most famous bachelor in the artistic community, he married, in his sixties, one of his fans, Georgette Sabbat.

As for his wife, Georgette, she says that she "was one of his admirers and chased after him so much that she was able to reach him and convince him to marry her," noting that Nabulsi "was an enemy of marriage, and whenever he saw a man and his wife he would say to them: Are you not (are you) married? split up).

In Lebanon, al-Nabulsi’s technical stability did not last long, as the bankruptcy of a bank in which he deposited all his money dealt him a severe blow. His health conditions deteriorated until he left in 1968, following a severe heart attack, contrary to what he told everyone that he had cancer, and that was until The directors did not neglect him in attributing comedic roles to him in their films, while his wife, Georgette, did not find enough to spend on his funeral, so his friend Farid al-Atrash took care of her, according to reports.