Mohsen Garaghani from Iran is one of the foreign students who have now arrived in Dalarna. He will study the master's program in solar energy technology - and hopes later to bring the knowledge to his home country to contribute to the development. 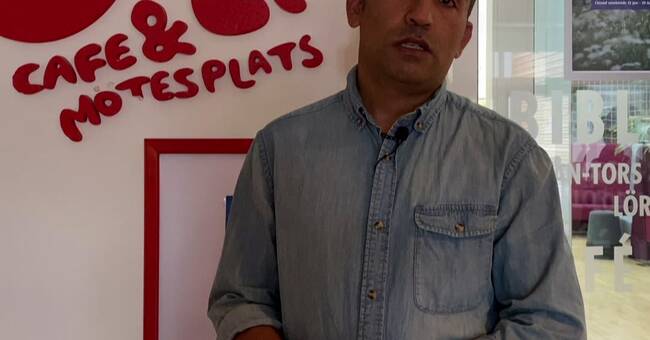 The environment is untouched, the people are open and the education is completely unique, says Mohsen Garaghani.

Ishora Gamage from Sri Lanka is also very eager to start her education at Dalarna University.

When SVT Nyheter Dalarna meets her, she has only been in Sweden for two days.

- Everything is new to me but I have been waiting to study here for a very long time so it will be very fun.

Got help with vaccine

250-300 foreign students are expected at Dalarna University this autumn - an increase compared to last autumn. However, some international students have had difficulty getting to Sweden due to the corona pandemic. Lack of vaccines, difficulties with visas and curfews have made it difficult for students.

- It has been a long way here and I was not vaccinated when I arrived, but thanks to the university, I have received help here in Borlänge to fix a vaccination period and have now received the first injection, says Mohsen Garaghani.