Headlines: Haiti, how to change history? 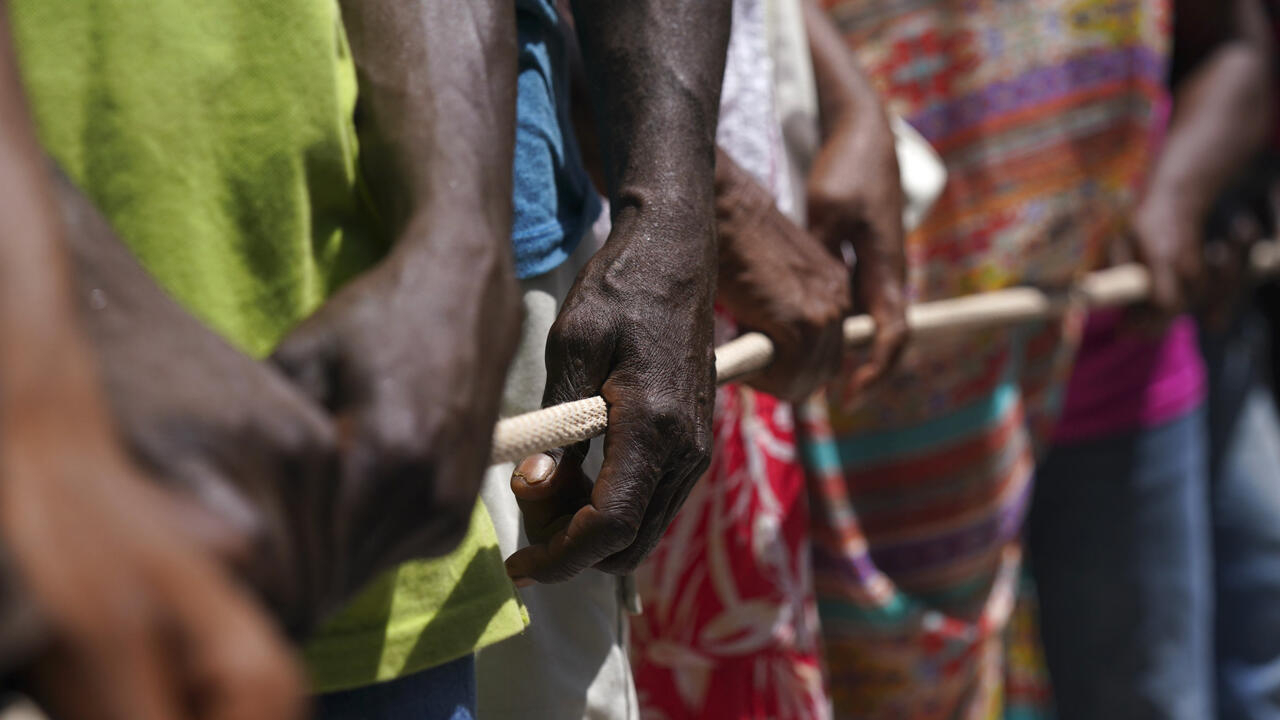 Headlines: Haiti, how to change history?

People line up for food aid in Camp Perrin, Haiti on Friday, August 20, 2021, six days after a magnitude 7.2 earthquake struck the region.

The Obligation to Change History

is one catastrophe too many which struck our country

", writes the newspaper, a country which is already in "

the cycle of political instability and that of recurring natural disasters

quotes economist Thomas Lalime as saying that Haiti suffered material losses to the tune of around $ 10 billion between 2010 and 2016.

According to the newspaper, “

these numbers are just the tree that hides the forest. We would no doubt be amazed if we could do the same exercise for the political crises that the country has been facing since the departure of the Duvaliers

recommends that the country give itself the means to “

live with natural disasters and fight the poverty in which the majority of the population flounders. Meeting these challenges is not an option, but an obligation

", estimates the newspaper which concludes,"

that our constituted authorities, the political parties, the civil society, the economic actors ... show themselves up to this task

A new investigating judge to investigate the assassination of Jovenel Moïse

More than a month after the assassination of former President Jovenel Moïse, the investigation of the case is progressing with difficulty.

A new investigating judge has just been appointed by the dean of the civil court of first instance of Port-au-Prince.

This is the magistrate Garry Orélien, he replaces the examining magistrate Mathieu Chanlatte who had withdrawn from the case ten days ago.

You can read it in

And concerning the assassination of Jovenel Moïse, a new report reveals that the ex-president was betrayed by his security officials. This is the conclusion reached by the investigation by the National Network for the Defense of Human Rights (RNDDH). According to the

which was able to consult the report, “

the intellectual and material authors of this assassination could count on the support of at least two of the presidential security officials, namely the divisional commissioner Jean Laguel Civil and the municipal commissioner Dimitri Hérard

The first would have bribed "

agents assigned to the security of Jovenel Moïse, in order to allow a smooth entry of the commando into his residence

" and the second would have provided "

arms and ammunition, grenades and electric saws to the members of the commando

The two people were arrested, but so far no information is circulating about the intellectual perpetrators of the assassination, according to Alterpresse.

In Florida, the battle of the mask comes to justice

Wearing a mask at school has become an ideological and legal battle in this southern US state. Since Monday, the day of the start of the school year in Florida, a judge has been examining the dispute between pro-mask parents and the Florida government, which refuses to impose the wearing of masks at school and wants to reserve the decision on this barrier gesture to only parents. It's on the front page of the

. The hearing, which will last three days, is being held as the highly contagious Delta variant causes a significant increase in hospitalizations. According to the newspaper, Tampa city ambulances are operating at capacity. And the

reports that the pandemic has wreaked havoc on the justice system.

In prisons, staff extend their shifts because many colleagues are sick or in quarantine.

Seven police officers died from Covid-19 and more and more are hospitalized.

About one in two police officers has been vaccinated, according to the Miami Police Director.

In Brazil, thousands of indigenous people have been camping since Monday in the capital to defend their land. With their feathered headdresses and traditional outfits they want to put pressure on parliamentarians. Congress is due to consider several bills that indigenous officials say threaten their rights and ancestral lands. "

Not only is the Covid-19 killing our people, but also the violence committed against us,

" explains one of the organizers of the demonstration, Sonia Guajajara, to the

. Tomorrow, the Supreme Court will meet to rule on a land demarcation issue, a judgment that will have important consequences for the protection of indigenous lands, according to the newspaper.