Chairman of the Nomination Committee: "The process is open" 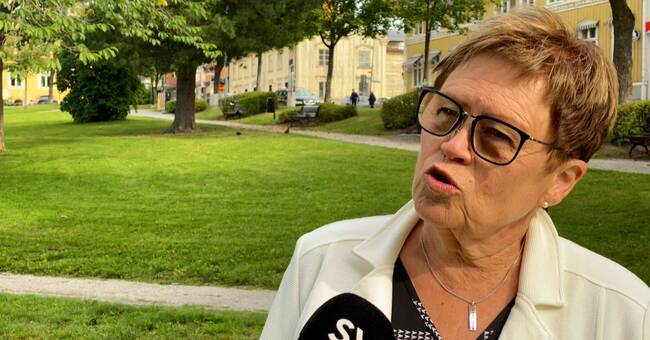 Until 1 October, the Social Democrats' district in the country will have to nominate people for the party leadership position.

After that, the nomination committee will propose a name before the Social Democrats' congress in November.

- We will be able to present proposals for a party chairman in time for the congress, if it will be a week before ... but "in time for", states Elvy Söderström.

What qualities is the Nomination Committee looking for?

"The process is open"

There is criticism that the election of party leaders does not take place in a sufficiently open process.

But Elvy Söderström questions what the proponents of an open process really want to see.

- They have to tell me what they mean.

It is an open process - it always has been.

According to Elvy Söderström, it does not seem to be a member vote that the critics want to see.

- I may have to hear what they mean, what they want.

Some parties have had open processes that I have found very closed.

- Is there anyone who can tell what the Liberals did?

Was it an open process?

Was it an open process when, for example, the Center Party went around with its candidates, well I do not know, says Söderström and continues:

- We are an open party that invites members to participate and think and discuss.

The districts gather and we receive proposals for nominations of the districts.

It's just to be with.

Do not want to speculate in candidates

Since Stefan Löfven announced his resignation on Sunday, several votes have been raised for a female successor.

- We will first bring what the party wants into the country and then we will see what happens.

I will not say one thing or the other as team leader in the nomination committee.