On August 19, the Fifth China-Arab States Expo opened in Ningxia. President Xi Jinping sent a congratulatory letter to the Expo.   The China-Arab Expo, held every two years, was upgraded from the China-Arab Economic and Trade Forum in 2013. On the occasion of the opening of the five consecutive Expos in 2013, 2015, 2017, 2019, and 2021, President Xi sent letters of congratulations, which shows 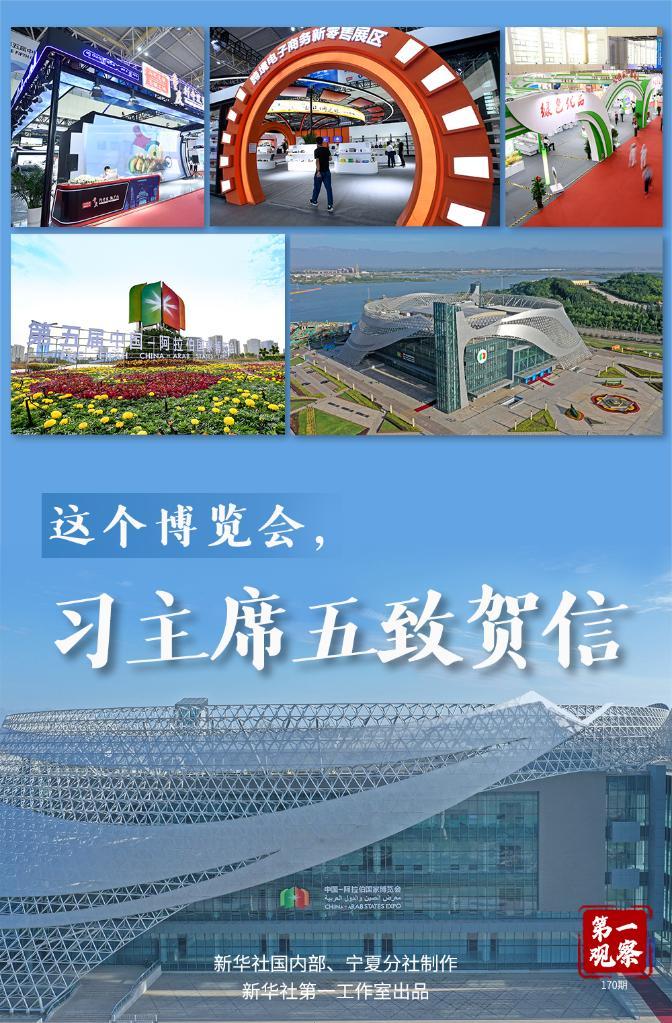 On August 19, the Fifth China-Arab States Expo opened in Ningxia. President Xi Jinping sent a congratulatory letter to the Expo.

On the occasion of the opening of the five consecutive Expos in 2013, 2015, 2017, 2019, and 2021, President Xi sent letters of congratulations, which shows the importance attached to the development of China-Arab relations.

"The traditional friendship between the Chinese and Arab peoples has become stronger over time." President Xi opened this exposition in his congratulatory letter.

As early as more than 2,000 years ago, the two major ethnic groups of China and Arab countries made friends with each other on the ancient Silk Road.

In 2016, when visiting the headquarters of the League of Arab States, President Xi cited Guan Zi’s speech in his speech: “You can be close to you before you see it, you can go; if you don’t forget it for a long time, you can come”, saying that China and Arab countries transcend space and time. Friendship.

In the face of the sudden new crown pneumonia epidemic, China and Arab countries have even joined hands to fight the epidemic and jointly oppose the politicization of the epidemic, writing a good story of seeing the truth in adversity.

King Salman of Saudi Arabia is the first foreign head of state to call President Xi Jinping to support China’s fight against the epidemic; the world’s tallest building, the Burj Khalifa in the UAE, and other landmarks such as "Come on Wuhan" and other slogans are touching; the UAE is the first to receive Chinese vaccines Countries in the third phase of overseas trials...

Whether it is the Palestinian people and surrounding Palestinian refugees, or people in conflict areas such as Syria, China has never been absent from anti-epidemic assistance.

China has aided and exported more than 72 million doses of vaccines to more than 10 Arab countries and the Arab League to support Afghanistan in its fight against the epidemic.

A word of friendship is important, and the phase will be thousands of miles away.

Although the epidemic is still spreading globally, this China-Arab Expo has overcome multiple challenges and was held as scheduled.

Such an agreement to walk together is a vivid footnote to the profound friendship between China and Argentina.

To send a congratulatory letter to the China-Arab States Expo, "One Belt One Road" is the key word.

In 2013, President Xi proposed the joint construction of the "Belt and Road" initiative to the world.

In June 2014, President Xi issued an invitation to the Arab countries to jointly build the "Belt and Road".

As a result, China and Arab countries have become closer together and cooperate more closely.

At the second China-Arab States Expo in 2015, President Xi pointed out the "Silk Road Spirit" in his congratulatory letter, and used "peaceful cooperation, openness and tolerance, mutual learning, mutual benefit and win-win" as an explanation of this spirit. Looking forward to yin and yin, bred hope.

The exchanges are deepening, and the past reveals the future.

Since then, in many congratulatory letters, the hope of co-building the "Belt and Road" will connect the past and the future and be consistent.

In 2019, President Xi made it clear in his congratulatory letter that “this Expo has built a beneficial platform for the two parties to deepen practical cooperation and promote the high-quality development of the Belt and Road Initiative.”

Under the initiative and promotion of President Xi, the joint construction of the “Belt and Road” has become the choice of the times for the prosperity and development of the world and the beauty of mankind. China-Arab pragmatic cooperation is also continuing to deepen.

In 2020, the trade volume between China and Arab states will reach 239.4 billion U.S. dollars, and the scale of two-way investment will continue to expand.

A number of major investment projects such as the Suez Economic and Trade Cooperation Zone in Egypt and the second-phase container terminal of Khalifa Port in the UAE have become landmark projects for the transformation and upgrading of China-Arab economic and trade cooperation in the new era.

The ambitious strategies outlined by Saudi Arabia's "Vision 2030" and other Arab countries are also being implemented steadily.

This expectation reflects the development direction and bright prospects of China-Arab cooperation.

The exterior view of the Ningxia International Hall, the site of the opening meeting of the Fifth China-Arab States Expo, taken on August 18, 2021.

History and practice have proved that no matter how the international situation changes, no matter what difficulties and obstacles they face, China and Arab states are always good partners for mutual benefit and good brothers sharing weal and woe.

When the world once again comes to the crossroads of where to go, China will answer the questions of the times with its firm practice of the concept of a community with a shared future for mankind.

"Promote the China-Arab strategic partnership to a higher level, and join hands to build a China-Arab community of destiny facing the new era!" At the opening of the fifth China-Arab States Expo, President Xi’s firm words in the congratulatory letter express the fate of China-Arab States Being connected and sharing weal and wore together has also allowed the world to see the historical responsibility of a responsible major country.