Marseille: the AP-HM wants to "turn the page" Didier Raoult at the head of the IHU - France 24 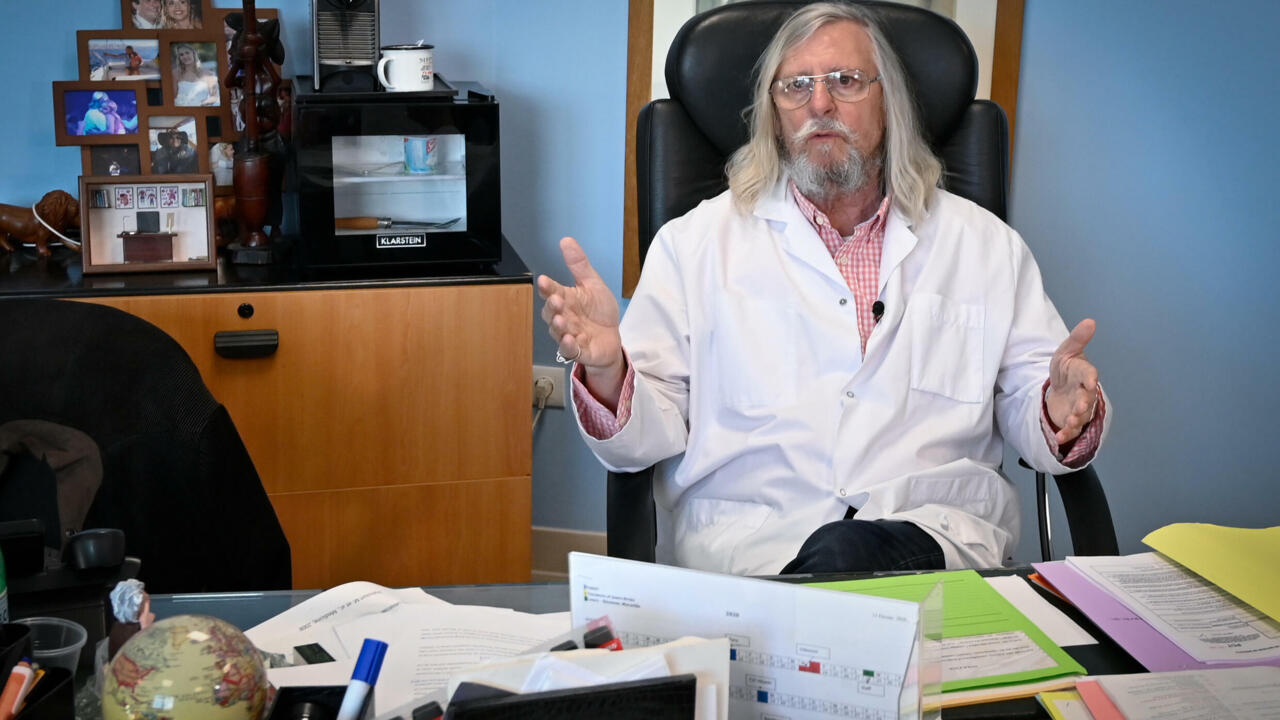 The director-general of Assistance Publique-Hôpitaux de Marseille, François Crémieux, confirmed Thursday to AFP the willingness of the AP-HM to "turn the page" Didier Raoult at the head of the IHU Mediterranean Infection and to find him a successor after his retirement at the end of August.

Joined by AFP, the new boss of Marseille public hospitals, confirmed the information from the newspaper Le Monde according to which the AP-HM but also Aix-Marseille-University (AMU), founding members of the IHU and members of its board of directors, intended to launch in September the recruitment procedure to find a successor to the controversial Professor Raoult.

If Mr. Crémieux refused to make any additional comments on this file, he confirmed to AFP the content of the article in Le Monde in which he explains that "there is a need to turn a page and to organize the future of the IHU for the next twenty years ".

Eric Berton, president of Aix-Marseille-University, could not be reached by AFP on Thursday.

As of August 31, Mr. Raoult, promoter of a controversial treatment of Covid-19 patients via a dual therapy combining hydroxychloroquine and azithromycin, will have officially reached retirement age as a university professor-hospital practitioner.

If Didier Raoult, 69, has made a request to combine employment and retirement and continue to lead the IHU, as the AP-HM confirmed to AFP on Thursday, it would therefore be refused from next to the hospitals of Marseille and AMU.

But the final decision on this request will have to be taken by the 18 members of the IHU board of directors, including the AP-HM and AMU therefore, but also its four other founding members, the Research Institute for development, the Army Health Service, the Mérieux Institute and the French Blood Establishment.

Joined by AFP, Philippe Douste-Blazy, member of this board of directors as a qualified personality, did not wish to comment on the subject, explaining that he intended "to speak about it first with François Crémieux, Mr. Raoult and the other members of the council "and that he would speak at the start of the school year.

Other qualified personalities members of this board of directors, Renaud Muselier, president of the Provence-Alpes-Côte d'Azur region (Paca) or Jacques Marescaux, president of Ircad, the Institute for research against cancer of the digestive system of Strasbourg, did not respond to calls from AFP.

Asked by AFP, neither the IHU nor Professor Raoult commented on this information.

Professor Raoult has been talked about again this week via a video on the Youtube site of the IHU, stating in particular that "Iceland has more cases now than ever" while it is the country "which has been the most vaccinated of all developed countries "or that" overall vaccine protection against variants is modest in terms of epidemiology ".

Comments qualified as "unacceptable" by Professor Jean-Luc Jouve, president of the medical commission of the AP-HM, for whom that "gives ground to grind to the conspirators and other antivax".

And the professor reminded AFP that 95% of Covid-19 patients currently in intensive care at AP-HM are not vaccinated.

Asked specifically about the case of Professor Raoult, by the daily La Provence, on July 9, on the occasion of his arrival at the AP-HM, François Crémieux recalled that "the IHU does not benefit from a right of 'exception "and that" when one prescribes drugs, one does it in accordance with the recommendations of the High Authority of Health and scientific societies ".

"The objective is also to ensure the future of the IHU", he insisted.