The evacuation of diplomats, other foreigners and thousands of Afghans continues under difficult conditions in Kabul. An incessant airlift since the Taliban seizure of power on Sunday ... 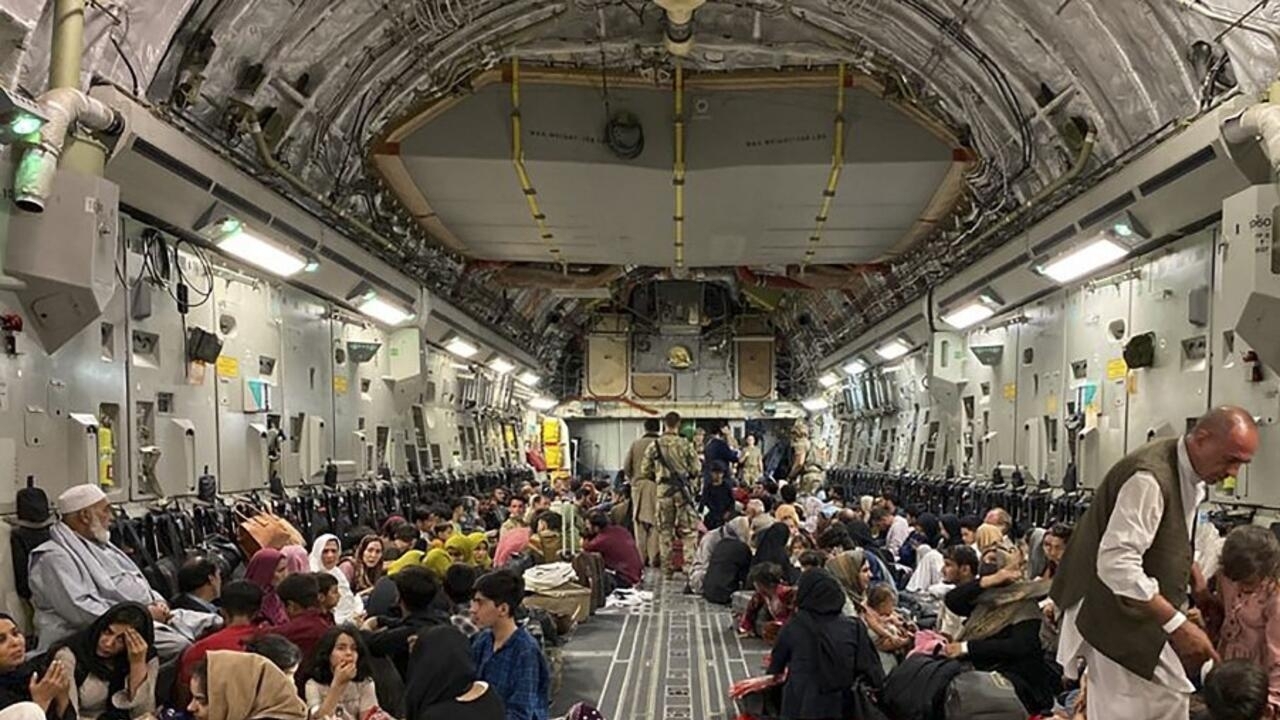 Afghans sitting on board an American military plane to leave Afghanistan, at the military airport in Kabul, August 19, 2021. AFP - SHAKIB RAHMANI

The evacuation of diplomats, other foreigners and thousands of Afghans continues under difficult conditions in Kabul.

An incessant airlift since the Taliban seizure of power on Sunday August 15 mobilizes a stream of planes from around the world.

There are still thousands in Afghanistan wanting to flee the country by trying to access the Kabul airport held by American forces, but whose surroundings are tightly controlled by the Taliban who block access.

Berlin has also approved the dispatch of 600 troops to Kabul to support the evacuation of as many people as possible, until September 30 at the latest.

The French airlift via the Emirates continues, with the arrival scheduled for Thursday of a new flight with 120 people, again mainly Afghans.

We are in the process of identifying a number of very urgent needs;

we are probably talking about a few thousand people to be exfiltrated,

at the rendezvous of asylum

" for threatened Afghans, he said, referring to the "

" of an extraordinary European summit.

About 7,000 people have been evacuated from Afghanistan by the US military since August 14, says General Hank Taylor, who estimates that 5 to 9,000 people can be transported daily by US military planes from Kabul.

In total, nearly 12,000 people have been evacuated since the end of July, added this senior officer of the United States military.

Among them, American citizens, members of the American embassy and Afghans who worked for Washington, notably as interpreters for the United States military, applying for a special immigration visa (SIV) for fear of retaliation from the Taliban. .

In total, Washington plans to evacuate more than 30,000 people and has said it is ready to increase the rate of evacuations as thousands of Afghans try to leave the country.

But the US State Department says the Taliban is breaking their promise and preventing Afghans who wish to leave the country from reaching the airport.

12 people have died since Sunday.

Images on social media show a large crowd of Afghans of all ages, desperate, trapped between a barbed wire fence and the Taliban.

The United Kingdom, for its part, evacuated 306 Britons and 2,052 Afghans.

Air bridges to other countries

Spain has initiated a first series of rotations with three military planes via Dubai.

The first plane which brought fifty Afghans and a few Spaniards arrived this Thursday morning.

Turkey, which has already brought in 324 of its nationals on Monday August 16, was organizing the return of more than 200 others from Kabul on Wednesday.

Other departures of nationals and Afghans have already taken place since last weekend, in particular to the Netherlands, Poland, Denmark, Norway, the Czech Republic, Hungary and Bulgaria.

A first Kabul evacuation flight carrying 35 Dutch as well as Belgian, British and German nationals touched down at Amsterdam airport on Wednesday evening.

Another plane carrying the Dutch ambassador, an emergency consular team and 62 soldiers landed in Kabul on Wednesday evening, to carry out as many evacuations as possible.

Fifteen Romanians failed to reach Kabul airport and the plane dispatched by their country only left with one national.

Denmark exfiltrated around 320 people from Kabul.

202 Afghans landed at Rome airport with human rights activist Zahra Ahmadi in the group and staff from the Veronesi Foundation, which had operated a cancer center in Herat, which is now closed.

The call of G7 ministers to the Taliban

Meeting this Thursday in preparation for the virtual summit of G7 leaders on the situation in Afghanistan scheduled for next week, the foreign ministers of the "group of 7" called on the Taliban to guarantee the "

" of foreigners and Afghans wishing to leave Afghanistan, evoking

", affirms Dominic Raab, the chief of diplomacy of the United Kingdom, country which currently holds the presidency of this informal gathering of seven of the world's most advanced economies.

The ministers called on the Taliban to "

respect their commitments to ensure the protection of civilians, and are seriously concerned by reports of violent reprisals in parts of Afghanistan,

The ministers also recalled respect for international humanitarian law and called on the Taliban to ensure that Afghanistan does not harbor a terrorist threat to international security.

Afghanistan: "The Taliban are looking for countries that want to do business with them"

Social networks: these symbolic images that told of the capture of Kabul by the Taliban