Can the Taliban do without the drug manna? - France 24

Can the Taliban do without the drug manna? Paris (AFP) Will the Taliban, now in power in Kabul, stop the production of heroin which has exploded in Afghanistan in recent years and help finance them? They assured it, remains to keep difficult promises, according to experts. At their first press conference on Tuesday, their spokesperson, Zabihullah Mujahid, said the new authorities would not turn the world's largest opium producer into a t 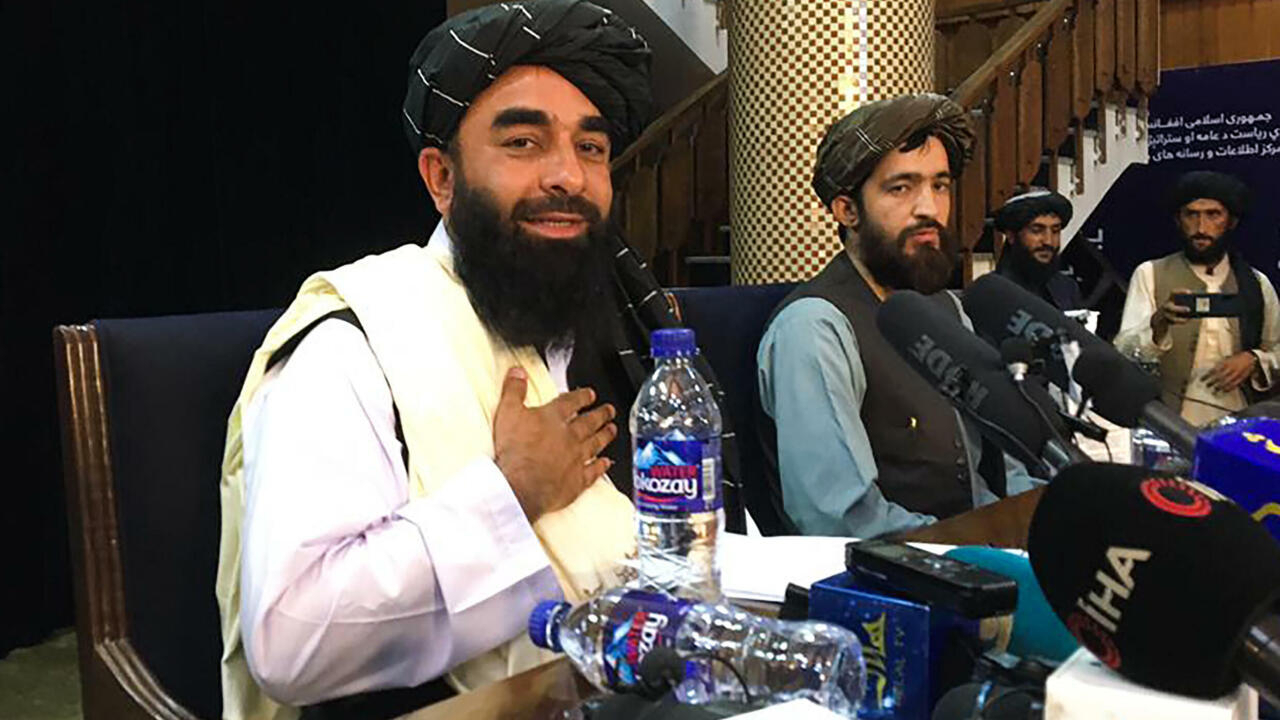 Will the Taliban, now in power in Kabul, stop the production of heroin which has exploded in Afghanistan in recent years and help finance them?

They assured it, remains to keep difficult promises, according to experts.

At their first press conference on Tuesday, their spokesperson, Zabihullah Mujahid, said the new authorities would not turn the world's largest opium producer into a true narco-state.

"We assure our compatriots and the international community that we will not produce drugs," Mujahid said in Kabul.

"From now on, no one will be involved (in the heroin trade), no one can be involved in the drug smuggling," he added.

Analysts see anti-heroine rhetoric, along with similar promises to respect human rights and media freedom, as part of these new leaders' efforts to come out in a more moderate light. and thereby gain the support of the international community.

The vast majority of opium and heroin consumed in the world originate from Afghanistan, and their production and export from areas controlled by the Taliban, who taxed and traded opium during their 20-year insurgency.

These drugs have become a vital resource for the group who may find it difficult to ban them, said Jonathan Goodhand, an international drug trade expert at SOAS University in London.

The subject "will bring out a series of tensions within the movement," he predicted.

On the one hand, "they want to create an image of themselves that is more moderate and more open to engagement with the West and they realize that drugs are a way to achieve this," he added. .

On the other hand, any repression would affect farmers in Helmand and Kandahar provinces, the political heart of the Taliban.

A poppy field in Nangarhar province, May 10, 2020 in Afghanistan NOORULLAH SHIRZADA AFP / Archives

"We will have to fight to take a very aggressive approach to drugs," he added.

Mujahid said on Tuesday that to be "a narcotics-free country", Afghanistan would "need international aid" to provide farmers with alternative crops to poppy, whose sap is refined into morphine and heroin.

The call for international aid may seem ironic to workers in the coalition of NATO forces, NGOs and UN agencies who have tried unsuccessfully to break Afghanistan's dependence on culture. poppy for ten years.

The United States spent an estimated $ 8.6 billion between 2002 and 2017 on these wasted efforts, according to a 2018 report by the U.S. Special Inspector General for Afghanistan (SIGAR).

The American strategy consisted of financially helping the peasants to convert them to the cultivation of wheat or saffron, to invest in transport routes, but also the spraying of defoliants on poppy fields or the bombardment of refining facilities.

At every stop, they clashed with Taliban fighters who controlled the main poppy growing areas and made hundreds of millions of dollars from the industry, according to U.S. and Afghan government estimates.

Investigations showed that farmers in areas controlled by the Taliban were often pressured by warlords and local fighters to plant poppies.

As a result, the country has a virtual monopoly on opium and heroin, representing 80 to 90% of world production, according to the United Nations.

The area of ​​land planted with poppy reached a record high in 2017 and has averaged around 250,000 hectares over the past four years, roughly four times the level in the mid-1990s, according to the United Nations Office. against drugs and crime (UNODC).

The Taliban's drug policy will have repercussions not only for Western countries and their drug addicts, but also for Russia, Iran, Pakistan and China which are both smuggling routes and huge markets. for the Afghan heroine.

This is not the first time that the fundamentalist group has sworn to ban drugs.

Production was banned in 2000, the year before the Taliban was overthrown by US-led forces.

Gretchen Peters, the American author of the book "Seeds of Terror: How Heroine Finances the Taliban and Al-Qaeda," believes the ban was tactical.

For her, the Taliban "are too linked to this trade" to put an end to it and this poor country "cannot survive without opium".

Control of the country will provide the Taliban with access to airlines, state bureaucracy and banks, which could be used to facilitate drug smuggling and money laundering, she explained.

"I have no doubt that they will exploit it," she said.