At least 39 people have died of dehydration or drowning in the Atlantic in a new tragedy on the migration route to the Canary Islands, the one carried out by a pneumatic boat ... 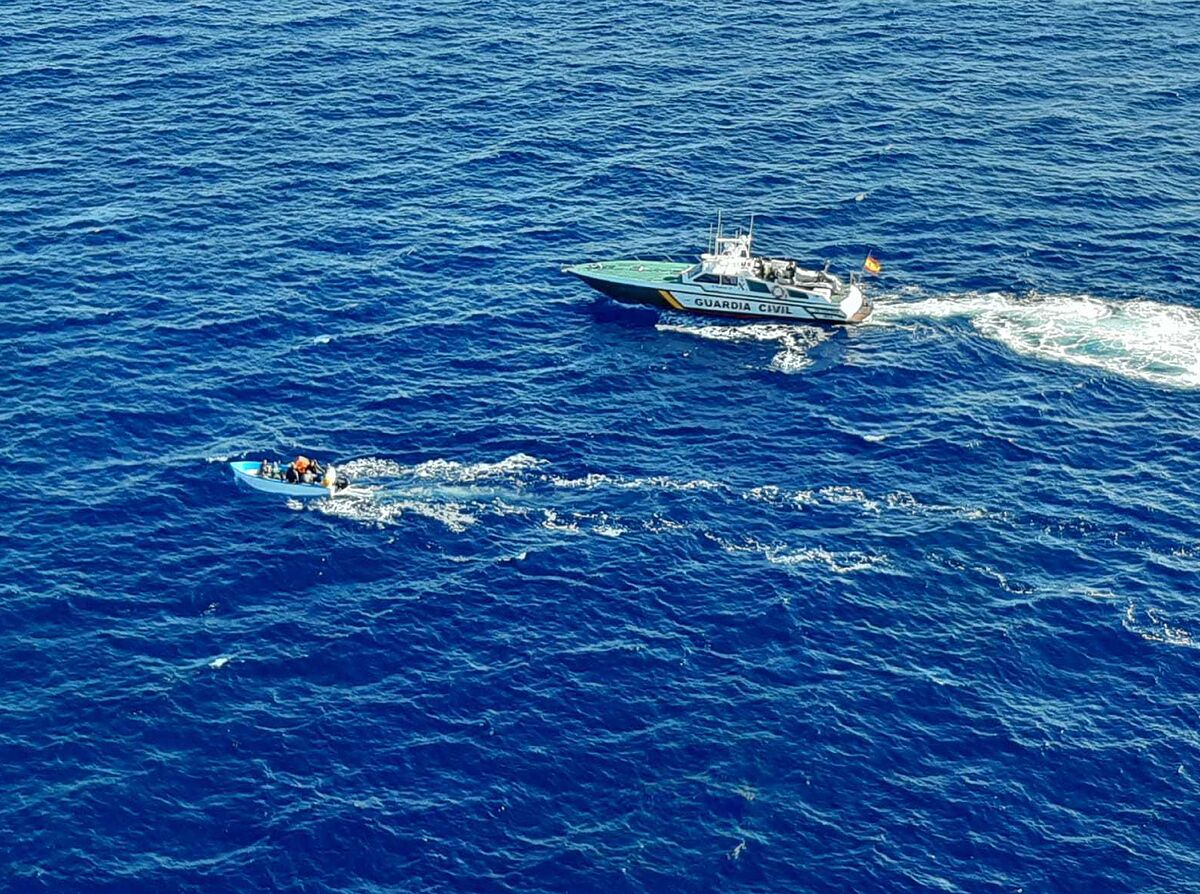 At least 39 people have died of dehydration or drowning in the Atlantic in a new tragedy on the migration route to the Canary Islands, the one carried out by an inflatable boat found overturned and semi-sunk with a single survivor clinging to it,

On the inflatable, which was barely floating with the keel in the sun and one of its skates puncturing, were lying the only survivor,

a woman of about 30 years old

, and two corpses, a man and a woman of around 20, her two last shipwreck companions, because the woman has counted during the evacuation flight to Gran Canaria that

a total of 40 people were

Upon arrival on the island, the survivor has been evacuated to the Hospital Insular de Gran Canaria with

, sources from 112 told Efe this Thursday.

The pneumatic was located this afternoon by an oil tanker en route through the area, the Evros, which notified the Spanish authorities and received instructions to stay with the survivor

until a rescue helicopter arrived

, without trying to get her on board.

Salvamento Marítimo considered that it was

for a merchant ship of that size (183 meters in length) to attempt such an operation in conditions of strong swell, because any blow against the hull could sink the remains of the zodiac.

Just a week ago,

four immigrants perished when falling into the sea

when another merchant ship, the Ever Grace, tried to put the 34 people who were alive on its deck in a dinghy with which it crossed 650 kilometers from the Canary Islands, north of Nouadhibou.

Another nine occupants of that boat had died in the previous days after spending two weeks adrift,

without water or food

, and one more expired on the same deck of the Ever Grace, when they were going to take it out of there in a rescue helicopter from the Air Force.

In recent weeks, there are several inflatable boats that have departed for the Canary Islands from the coast

of which there is no news.

to reach Fuerteventura), but the type of boats that immigrants use there, pneumatic, makes this journey very dangerous, because these boats do not they are ready for the open ocean and are often overloaded, with fifty or more people on board.

One of those zodiacs appeared on Monday on a beach near Nouadhibou (Mauritania), with seven survivors.

He had spent 13 days adrift after leaving El Aaiún with a total of 54 occupants;

it traveled almost 1,000 kilometers at the mercy of the currents

As reported to Efe by the spokesperson for the Caminando Fronteras collective, Helena Maleno, her NGO is pending on two pneumatic boats that left for the Canary Islands in recent weeks from the capital of the Sahara about which nothing is known: one with 62 people who left

Until August 15, 8,222 immigrants had arrived in the Canary Islands in 218 boats or cayucos or were rescued in the surrounding waters, 144 percent more than last year on the same dates.

Shipwrecks or deaths from dehydration are continually reported in many of these boats.

There is no specific figure closed: the International Organization for Migration estimates the dead at more than 230, although it recognizes that there are many lost boats of which it does not have a single data that escapes that count.

Walking Borders raises the death toll to about 2,000, only in the first semester.

And, this year, once again, African cayucos have appeared in the Caribbean with all their dead occupants, remains of expeditions that were lost or adrift, until they made a journey of more than 4,500 kilometers to which no one survives.

In recent months, two have been located, one in Trinidad and Tobago and the other in the Turks and Caicos Islands;

It is something that has not been remembered since the 2006 cayuco crisis.

BordersA patera with 14 immigrants arrives at Levante beach in Benidorm