In an interview with "Fox News", a security veteran mocked America's failure in Afghanistan, and said that while US President Joe Biden's team was busy making videos on "Tik Tok" and serving ice cream to the president, and while the Defense Department ( Pentagon) 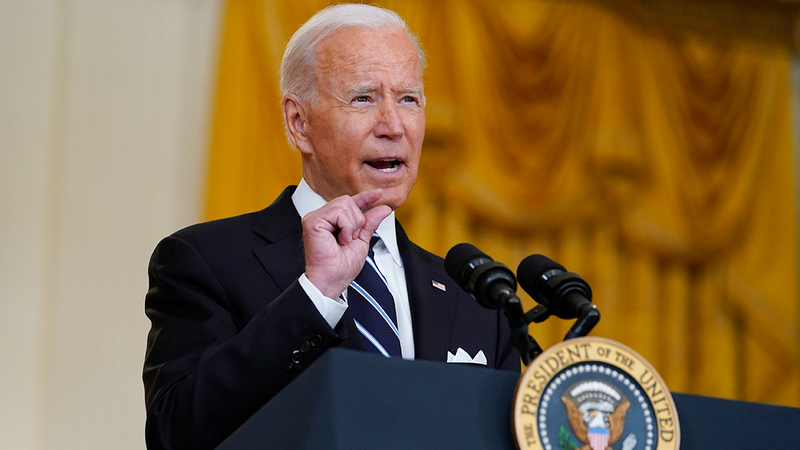 Biden is in a weak position and unable to defend the withdrawal move.

In an interview with "Fox News", a security veteran mocked America's failure in Afghanistan, and said that while US President Joe Biden's team was busy making videos on "Tik Tok" and serving ice cream to the president, and while the Defense Department ( The Pentagon) is busy studying white supremacy and planning gay rallies, some sandal-wearing barbarians, referring to the Taliban, wasting 20 years of work and countless billions of dollars.

Jim Hanes, the head of the Center for Security Studies and a former veteran of the US Army, described the defeat the US military received in Afghanistan as the biggest defeat in its history.

The channel had asked him about the reason for this great failure, and whether there was a great miscalculation on the part of the American intelligence, and if so, how did such a mistake happen?

Hans replied that "this is a great defeat, the most embarrassing in American history," and goes on: "We lost more lives in the Vietnam War, but this defeat was the most devastating, and showed the extent of the failure of our institutions."

He called for the expulsion or prosecution of everyone involved in planning the withdrawal from Afghanistan, and everyone who said that the Afghan army was ready to fight for his country.

The blame game in Washington intensifies for what happened in Afghanistan, as the White House seeks to contain the fallout from a humiliating end to the 20-year war in Afghanistan, and Republicans are sparing no effort to exploit President Joe Biden's handling of the chaotic withdrawal from Kabul to their advantage.

Emphasizing his defense of the withdrawal from Afghanistan, Biden blamed the Afghan government, and the US-trained Afghan army, for not aggressively defending the capital, Kabul, which fell to the Taliban militia last Sunday.

In a televised speech from the White House on Monday, Biden made statements blaming his predecessor, Donald Trump, for the ongoing crisis in Afghanistan, referring to the deal Trump signed with the Taliban to withdraw US troops by May 1.

In an interview with "Fox News", on Tuesday evening, Trump described Biden's handling of the situation as "the greatest embarrassment in the history of our country," while blaming Biden for not removing American soldiers and civilians from the country in time, and the two major politicians began playing a game of throwing. Blame it on Saturday, when the threat of Kabul's fall to the Taliban loomed large.

Biden then criticized Trump for enabling the Taliban and leaving them "in the strongest military situation since 2001," and Trump responded with a statement saying that Biden "came out of Afghanistan instead of following the plan our administration left him."

The Biden administration is about to face questioning from both the House of Representatives and the Senate about the failed US exit from Afghanistan.

A number of American media criticized Biden, for what they described as mismanaging the withdrawal of forces as well.

On Sunday, CNN's Jake Tapper on "State of the Union" described the issue as a foreign policy "disaster" that made the president "jittery."

The Atlantic Monthly, a moderate liberal newspaper, ran a headline referring to what the magazine called Biden's "betrayal of Afghans."