Violent fire in the Var: third day of fight, one person died

The prefecture of Var reported, Wednesday, of a person who died in the fire which ravaged the hinterland of Saint-Tropez, on the Côte d'Azur. The fire has devastated more than 5,000 hectares since mon… 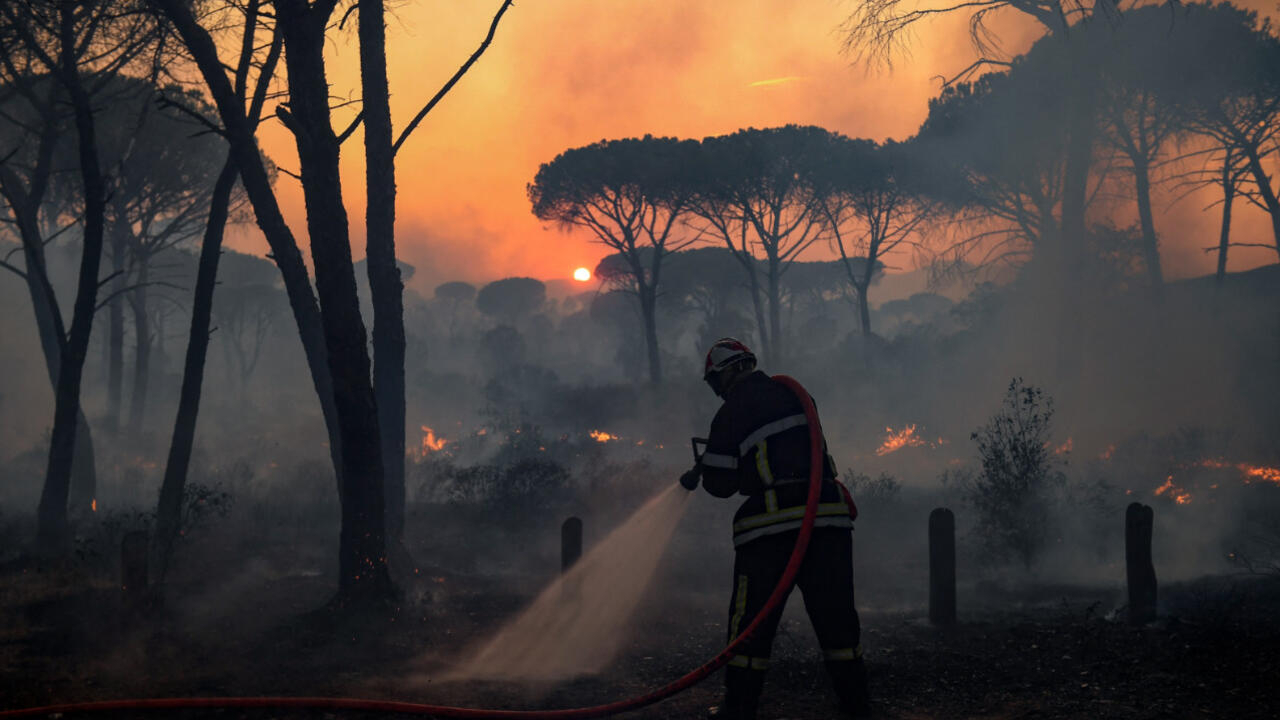 A person has died in the fire that has ravaged the hinterland of Saint-Tropez, on the Côte d'Azur, since Monday, the Var prefecture announced on Wednesday August 18.

This person is the first victim of the biggest fire of the summer in France, which still mobilizes 1,200 firefighters Wednesday morning.

The fire, which started near a motorway rest area, covered 6,375 hectares and burned 5,000.

In this very virulent fire, 22 people were also slightly injured, including 19 for poisoning, counted the prefecture on Wednesday.

The firefighters also counted in their ranks five minor injuries.

Since Monday evening, several thousand people, residents or tourists, have been preventively evacuated from their homes or camping and accommodated in reception centers made available to them on the Var coast.

Due to a strong wind that could reach up to 80 km / h and a great heat, the fire required the evacuation of some 7,000 people.

The prefecture recalled that the evacuees must absolutely not return to their home or their vacation spot, while this area is one of the most touristic in the country.

Call for "the greatest vigilance"

Despite a "relatively calm" night according to the firefighters, during which the fire did not progress, the fire is not yet under control and still requires water drops by plane.

"The night was relatively calm", indicates in the early morning the communications officer of the Var firefighters, Franck Graciano, to the operations command post in the village of Luc (Var).

"The fire has not progressed", but "that does not mean that it is under control", he warns.

The prefecture of Var has for its part called tourists and residents to "the greatest vigilance".

As the day before, "a work of undermining" is planned Wednesday with water drops "on critical places", explained the communications officer.

From 7:00 a.m., the air force sweep began with the flights of Canadair planes which will be joined during the day by a Dash dropping a product delaying the progression of the flames, and water bomber helicopters.

After a quieter night and a wind that ended up falling, operations were underway Wednesday to restore the telephone and electricity distribution networks, said the prefecture.

On the road that crosses the Massif des Maures, power lines have fallen to the ground, poles and trunks are charred and the vine has burned in places, an AFP team noted.

Last night, the departmental services carried out cutting to "facilitate the passage of help" which "remains difficult because of obstacles on the tracks", said the prefecture.

A disaster for biodiversity

If the human toll is minimal for the moment, on the other hand the damage to the environment is significant: "The nature reserve of the plain of the Moors has been devastated for half", told AFP Concha Agero, deputy director of the French Biodiversity Office.

"It's a disaster, because it's one of the last spots sheltering Hermann's tortoise," a protected species, she said.

Burnt turtles have already been found.

Others may have managed to bury themselves underground to survive.

Resumption of fire in the Vaucluse

Another fire is in progress in a wine-growing and tourist region in the South-East, near Beaumes-de-Venise, in the Vaucluse.

It experienced a strong recovery during the night due to strong winds, with 40 additional hectares burned quickly, firefighters who have increased their numbers told AFP.

In total, some 240 hectares were covered by the fire which started on Monday, with areas of forest in particular but also some vines and fields of olive trees.

About three-quarter of this area has been burned, according to the same source.

France had so far been relatively spared from the fires which devastated thousands of hectares and claimed dozens of victims in several Mediterranean countries, from Turkey to Algeria via Greece.

In recent days, fires have destroyed 9,000 hectares in the tourist region of the Algarve in southern Portugal and 12,000 hectares in Spain, in Navalacruz near Avila (center-west).