Unique investment makes football available to more people: "Fun to be able to play with a wheelchair"

The football association IFK Västerås starts new football teams for people with reduced mobility and visual impairment. To attract children and young people interested in football, the association invited to a try-out day at Rocklunda and Finnslätten. - It feels good to be able to play football even though you are in a wheelchair, says Ville Ekman. 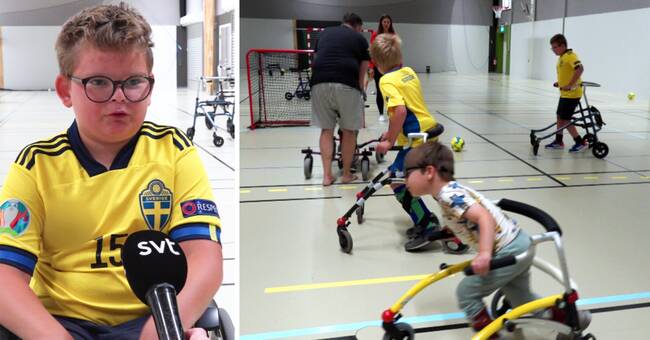 Ville Ekman has come here with his father from Fagersta.

- I have had to try frame football a few times in Stockholm, but it is good that it is now also here.

Then the road there is not so long, says Ville.

Front football is football for people with reduced mobility, it is played with a kind of backwards walker.

Frame football invented in the UK is not big at all in Sweden - so far.

- We want to offer new groups to join and play football.

This effort to get some teams started here in Västmanland is unique, says Magnus Kindbom, chairman of IFK Västerås.

In addition to football for children and young people with reduced mobility, there must also be training for people with visual impairment.

That form of exercise is called Five-A-Side.

Behind the initiative are IFK Västerås, Parasport Västmanland, RBU Västmanland and the National Association of the Visually Impaired Västmanland.

In the clip we also meet Arvid and his mother Sandra who was there and tested frame football.