Lebanon in crisis in mourning after deadly gas tank explosion Beirut (AFP) In the midst of an economic sinking, Lebanon observes national mourning on Monday after the death of 28 people, burned alive in the explosion of a gasoline tank while they desperately sought to obtain fuel. The tragedy, which struck the Akkar region in northern Lebanon during the night from Saturday to Sunday, illustrates the extent of the economic collapse, in a country where the p 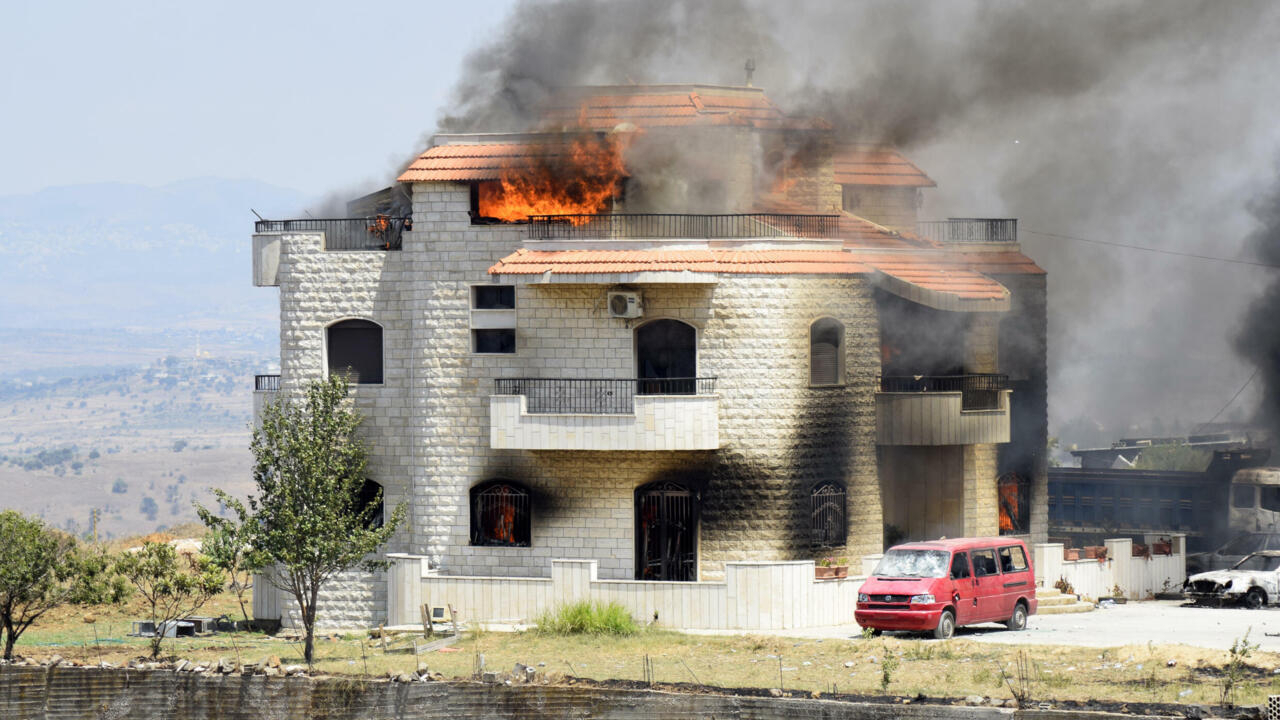 In the midst of an economic sinking, Lebanon observes national mourning on Monday after the death of 28 people, burned alive in the explosion of a gasoline tank while they desperately sought to obtain fuel.

The tragedy, which struck the Akkar region in northern Lebanon during the night from Saturday to Sunday, illustrates the extent of the economic collapse, in a country where the population is daily faced with multiple shortages, d 'gasoline, electricity and even bread.

The drama also highlights the failings of a political class accused of being cut off from reality, castigated for its corruption and incompetence, incapable of launching reforms to stem the crisis.

And this, despite the repeated injunctions of the international community and the threat of sanctions brandished by France and the European Union.

The explosion in Akkar, one of the poorest regions of the country, left 28 dead and nearly 80 injured, putting pressure on an already breathless hospital sector, deprived of drugs and electricity.

In several hospitals, AFP correspondents saw dead bodies wrapped in white shrouds on Sunday, while the families' howls of pain echoed in the corridors.

"There are a lot (...) of bodies that we could not identify", indicated a security source to AFP, specifying that DNA tests had started.

The World Health Organization (WHO) has announced the dispatch in the coming hours of drugs and medical supplies to treat up to 3,000 patients but also 250 patients suffering from burns.

Injured people from Akkar were also evacuated to hospitals in Turkey and Kuwait.

An injured in the explosion of a petrol tank in Tiel, is taken care of at Geitawi hospital, August 15, 2021 in Beirut ANWAR AMRO AFP

Sunday's tragedy revived that of the port of Beirut.

On August 4, 2020, the explosion of several tons of ammonium nitrate left more than 200 dead and devastated part of the capital, traumatizing the Lebanese.

In Akkar, an investigation was opened to determine the circumstances of the explosion which took place amid a fuel shortage crippling the whole country.

The gasoline tank, presumably stored by its owner for speculative purposes, had been "confiscated" by the army for the gasoline to be distributed to citizens.

The explosion allegedly took place after fights between residents seeking to obtain gasoline, according to the National Information Agency (ANI).

On Sunday evening, dozens of people demonstrated in Beirut outside the home of Prime Minister-designate Najib Mikati, responsible for forming a new government, after the outgoing team resigned last summer.

Protesters have taken over the house of a deputy.

"A massacre occurred because of an economic crisis caused by the corruption which plagues the country for years", summarizes Sahar Mandour, researcher at Amnesty International.

Vehicles burn in front of the site of the deadly explosion of a petrol tank in the village of Tlel, in northern Lebanon, on August 15, 2021 Fathi AL-MASRI AFP

"It is a murderous corruption, visible to the naked eye," she lambasted.

Since the fall of 2019, Lebanon has been going through one of the worst economic crises in the world since the mid-19th century, according to the World Bank.

With galloping inflation and massive layoffs, today 78% of the Lebanese population lives below the poverty line, according to the UN.

Short of foreign currency, the Central Bank announced that it would no longer fund fuel subsidies.

Gas stations then closed pending a price hike and the army had to launch inspections across the country on Saturday to force them to reopen.

Deprived of fuel, the power stations barely function and the power is cut for up to 22 hours a day.

Houses remain in the dark for long hours, as the owners of the neighborhood generators, who cannot find fuel, ration their customers.

Stuck in an endless queue in front of a Beirut gas station, Mohamed sees no light at the end of the tunnel.

A man injured in the deadly explosion of a petrol tank in the village of Tlel, in northern Lebanon, is evacuated by helicopter on August 15, 2021 in Beirut ANWAR AMRO AFP

"We must leave Lebanon," he told AFP on Monday.

"I have already started the preparations. May God help those who will stay here," said this thirty-year-old engineer, father of two children.

Her six-month-old daughter cries entire nights from the heat, with air conditioners remaining off due to power cuts.

Her family pays colossal sums to run the generator that powers her grandmother's oxygen concentrator, so that she "doesn't die".