After a lightning offensive, the Taliban control most of the country and its capital Kabul. Twenty years after being ousted from power, they regain control in Afghanistan. The fron countries ... 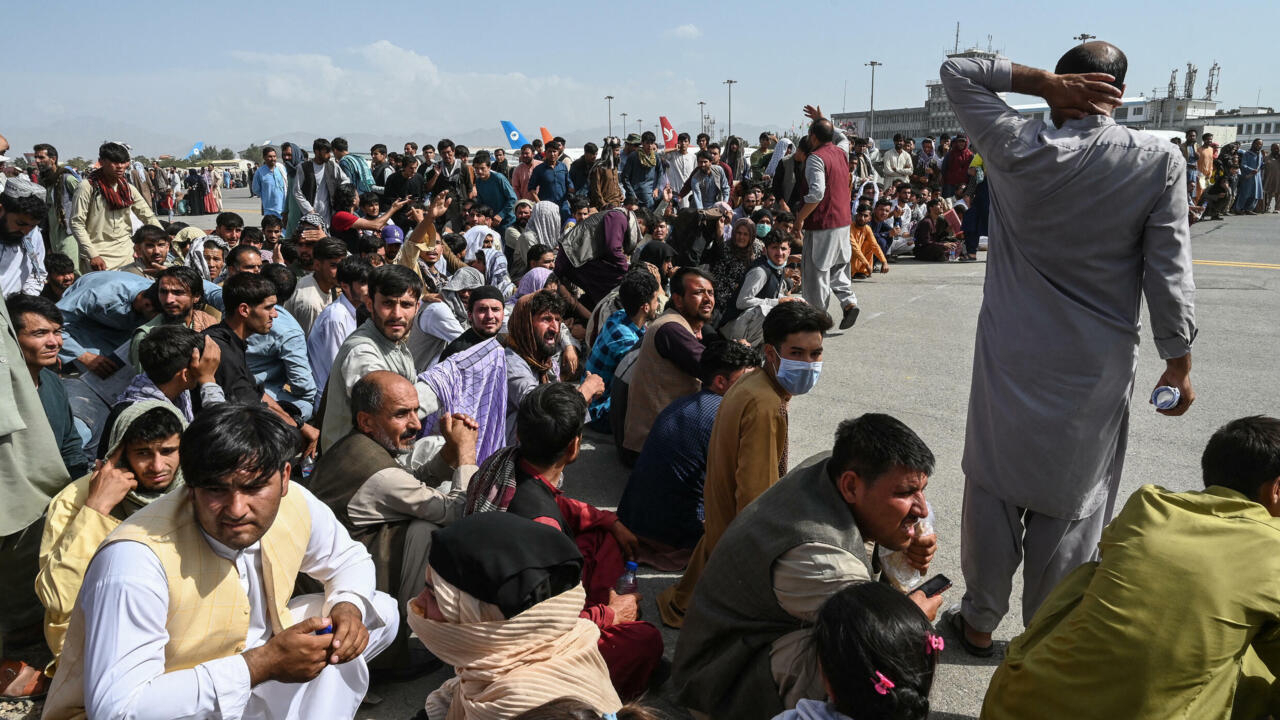 Thousands of Afghans have flocked to Kabul airport in the hope of being able to leave the country fleeing the Taliban who have taken control of the capital.

After a lightning offensive, the Taliban control most of the country and its capital Kabul.

Twenty years after being ousted from power, they regain control in Afghanistan.

Turkey, located on the road to Europe, is also worried about the arrival of new refugees on its soil.

Turkish President Recep Tayyip Erdogan has said he will work for the stability of Afghanistan to stop the arrival of refugees.

With our correspondent in Istanbul

Drying up the flow at the source… this is the strategy that Turkish President Recep Tayyip Erdogan seems to want to adopt, who announced on Sunday that he wanted to work with Pakistan to stabilize Afghanistan.

One way of playing the confessional card to create a dialogue with the Taliban.

The latter were initially opposed to the Kabul airport coming under Turkish protection but the capture of the capital changed the situation.

In an interview with the Independent Türkçe news site, one of the Taliban leaders said they wanted to establish links with Turkey, even calling it an “ally”.

Diplomacy with the Taliban will not be enough, however, to stem the flow of the thousands of Afghans who are fleeing their country.

Recep Tayyip Erdogan knows this, which is why he is having a wall built on his eastern border.

The Turkish president is criticized internally for his migration policy and he fears reliving a Syrian scenario.