The mayor of Madrid and national spokesman for the PP, José Luis Martínez-Almeida, has accused the Prime Minister, Pedro Sánchez, of having a &amp; quot; absolute lack of ... 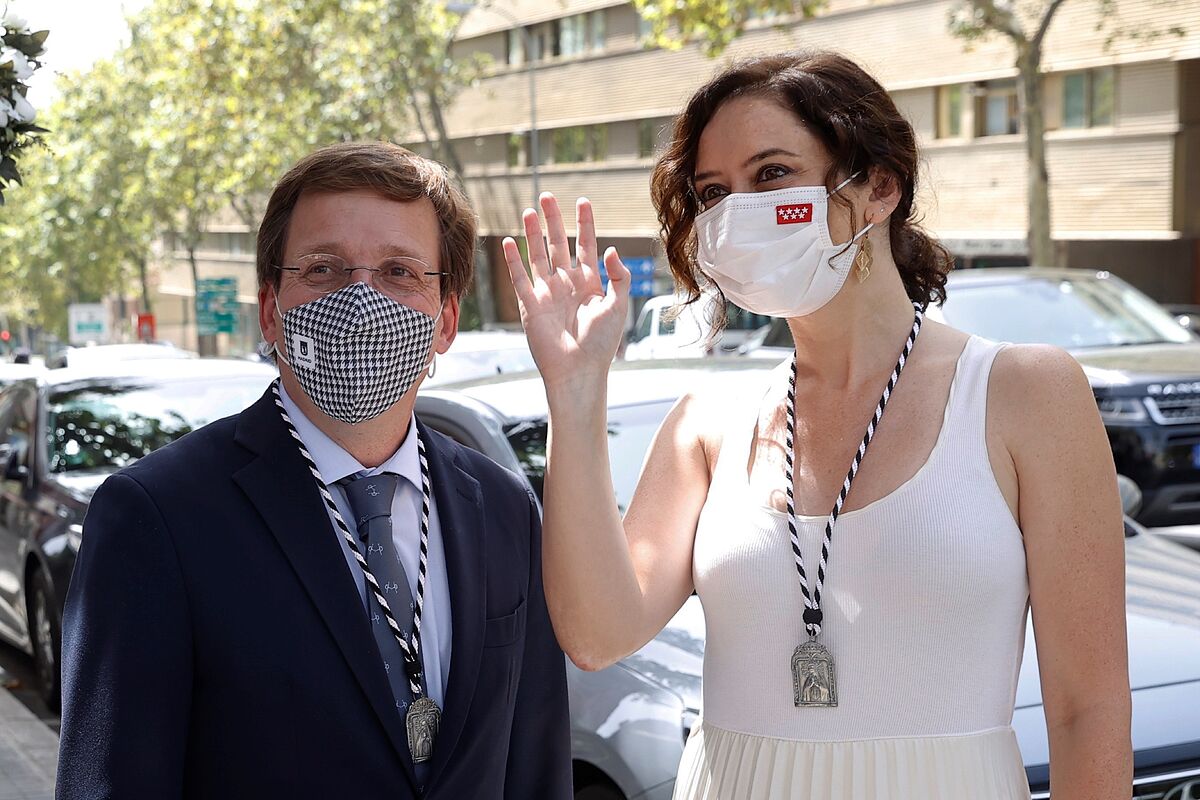 The mayor of Madrid and national spokesman for the PP, José Luis Martínez-Almeida, has accused the Prime Minister, Pedro Sánchez, of having an

"Where is the President of the Government? When they come wrong and the price of electricity beats the historical record for the fifth time in a row or with the return of minors from Ceuta to Morocco, he

. To get the gold medal for vaccination there It is (...) It only shows its face

when it gives well and not badly

, "he launched during the acts of the Virgen de La Paloma festival.

He understands that citizens "do not find a reflection in the President of the Government" at the time of the rise in the price of electricity, who

asks that they "put washing machines on at dawn"

and that when he was in the opposition "he cried out with an increase of 8% and now it's quiet going up 150% ".

"He is in La Mareta, in a privileged place, enjoying a vacation that

some will consider deserved and others not"

, has slipped the councilman, who has demanded that the central Executive stop debating whether to create a public hydroelectric plant and "follow the guidelines of the European Union".

." He has reproached him for the absence of "seriousness" in a policy such as immigration, although the one who has charged the most against the president of Spain, before entering the mass officiated by the Virgin of La Paloma, has been the president of the Community of Madrid. Isabel Díaz Ayuso has demanded from the central executive

, also known as menas, after the massive return of those who entered during the Ceuta crisis in May.

"We have to collaborate. What we cannot allow is that there are unaccompanied minors, menas, each one calls him in a different way,

" the regional leader has launched.

Tribute to the victims

The mayor of Madrid himself also wanted to remember, during today's act,

of the explosion in the parish premises of the church of La Paloma in Toledo street, on January 20.

"The obligatory thing is the memory of Rubén, David Javier and Stefko, who lost their lives and

whose death we will carry in our memories

. I am sure they are under the protective mantle of the Virgen de la Paloma and that they will not be helping from heaven" , has affirmed the councilor in his speech during the delivery of the

, held in the Crystal courtyard of the Plaza de la Villa.

Precisely, Almeida has confessed that the initial objective was to celebrate these awards in the parish premises, the "natural" place of this festival,

but that the explosion made it impossible.

"Even so, this Patio de Cristal, where it has been the seat of the City Council for more than 400 years, serves as the common thread of Madrid, which has always shown

an insurmountable spirit to overcome adversity

, especially in recent years with the pandemic and the storm Filomena ", highlighted the first mayor.