Afghan President appoints a new military commander for the capital.. Taliban control Jalalabad and Mazar Sharif and advance towards Kabul

The Taliban movement continued its field expansion and became on the outskirts of Kabul after taking control of Mazar Sharif in the north and Jalalabad in the east, while the Afghan president appointed a new military commander to defend the capital. 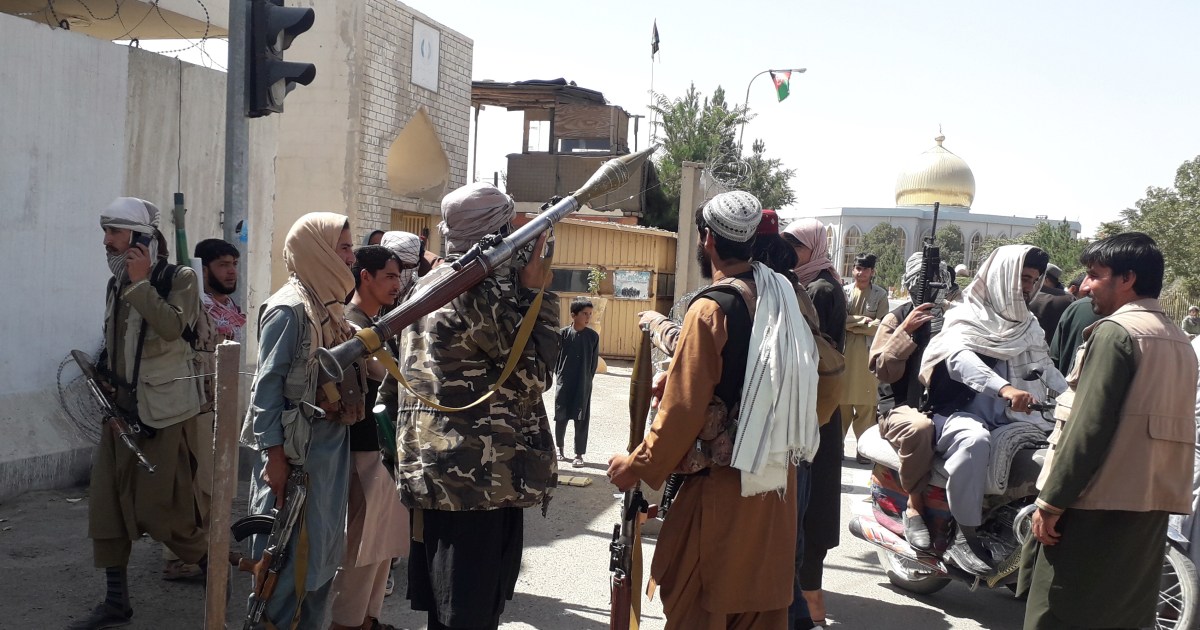 The Taliban movement continued its field expansion and is now on the outskirts of the capital, Kabul, after taking control of the strategic city of Mazari Sharif in the north and the entry of its militants into the city of Jalalabad in the east, while Afghan President Ashraf Ghani appointed a new military commander to defend Kabul.

The commander of the pro-government forces said that a conspiracy led to the handover of the city of Mazar-i-Sharif, the center of Balkh province, while large numbers of government forces and local officials left towards the border crossing between Balkh and Uzbekistan.

This came after intense battles and a siege of the city, which is the largest city in northern Afghanistan, located near three republics in Central Asia: Turkmenistan, Tajikistan and Uzbekistan.

An Afghan security source confirmed to Al-Jazeera that Taliban militants had taken control of the "Torkham" crossing in Nangarhar province on the border with Pakistan.

In another development, the Taliban movement said that its militants control the headquarters of Khost province in southeastern Afghanistan, and an Afghan security source said that the militants of the movement control the central prison in the province and release all detainees.

Meanwhile, an Afghan security source told Al Jazeera that at least 35 Taliban militants were killed in air strikes carried out by US forces in three Afghan provinces.

A security source told Al Jazeera that the former First Vice President of Afghanistan, Abdul Rashid Dostum, and the head of the Islamic Society, "the leader of the popular uprising," Ata Muhammad Nour Farra, yesterday, Saturday, to Uzbekistan.

Activists on social media broadcast pictures of what they said was the moment Taliban militants stormed the house of General Abdul Rashid Dostum in northern Afghanistan.

To the east of the country, the Taliban announced the entry of its militants into the city of Jalalabad, the capital of Nangarhar province.

A security source confirmed to the island that the movement took control of the police headquarters inside the city.

An Afghan official in Jalalabad also told Reuters that there are currently no clashes in the city because the governor surrendered to the Taliban.

He explained that opening the way for Taliban passage was the only way to save the lives of civilians.

The Taliban fighters had entered the outskirts of Jalalabad during the night.

An Afghan parliamentarian told Al-Jazeera earlier that negotiations were being mediated by tribal leaders in Nangarhar province between local authorities and Taliban militants, in order to hand over the city.

Within days, the Taliban managed to control the centers of 18 out of 34 provinces. Among the capitals of the provinces that fell to their control were Kandahar, which is the second largest city in Afghanistan, Herat is the third largest city, in addition to Ghazni, which is located on the road leading to Kabul, where they are separated by a distance It does not exceed 149 km.

In a related context, official sources in Afghanistan said that President Ashraf Ghani appointed General Sami Sadat in charge of security and defense of the capital, Kabul.

Ghani decided, during a high-level meeting with a number of politicians, to form a special delegation to hold talks in Doha, focused on forming a joint government and sharing power with the Taliban.

The sources indicated that the delegation would have the power to make a decision.

For his part, US President Joe Biden said he had authorized the deployment of about 5,000 US troops to ensure that an orderly and safe withdrawal of US personnel and others from Afghanistan could be conducted.

Biden also told Taliban representatives in Doha that any action that endangers American personnel or the military mission will be quickly and forcefully confronted by the US military.

The statement said Biden ordered the armed forces and intelligence to remain vigilant against future terrorist threats in Afghanistan.

The White House said in a statement, that Biden was in close contact with the national security team, to give them guidance on protecting his country's interests, including the military mission in Afghanistan.

The statement added that Biden directed the Secretary of State to support President Ashraf Ghani and Afghan leaders in their quest to prevent further bloodshed and reach a political settlement.

A US official told Reuters that the majority of embassy staff had packed their bags and were ready to leave.

The official confirmed that the US embassy in the Afghan capital will continue to perform its duties.

The New York Times said that the US envoy to Afghanistan, Zalmay Khalilzad, demanded the Taliban movement in Doha not to enter Kabul until the evacuation mission was completed.

She added that the Taliban responded in return by asking Washington to stop air strikes against its fighters spread across Afghanistan.

For his part, a Taliban spokesman told NBC News that the Taliban will not act against US forces unless they are provoked and that they are about to take control of the capital soon.

NBC News indicated that a battalion of the US army and two battalions of the Marine Corps are expected to arrive in Kabul by Sunday.

The American newspaper reported that there has been an escalating tension between US President Joe Biden and his Afghan counterpart Ashraf Ghani since the beginning of Washington's withdrawal of its forces from Afghanistan.