The newspaper "Daily Mail" said that allegations that Somali-born American Representative Ilhan Omar married her brother Ahmed to circumvent immigration laws, may be legitimized through a recently published DNA test. 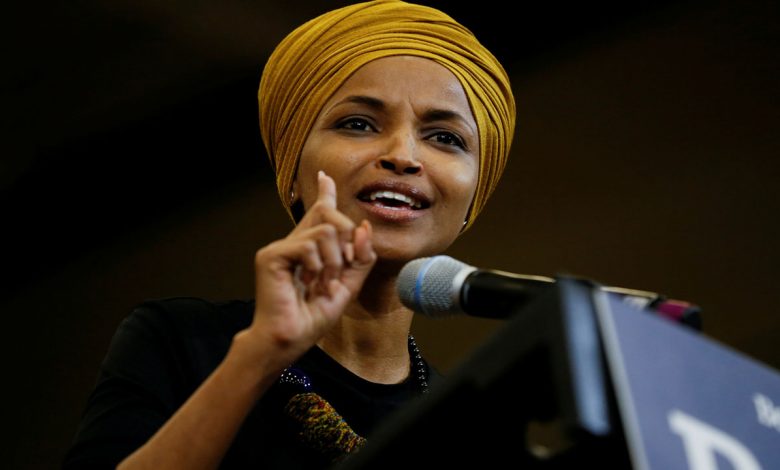 The Daily Mail said that allegations that Somali-born US Representative Ilhan Omar married her brother Ahmed to circumvent immigration laws may be legitimized by a recently published DNA test.

And the newspaper pointed out in an exclusive report that the test results indicate that there is a 99% probability that Ilhan Omar and her second husband, Ahmed Elmi, are brothers.

And the newspaper added that the details of the test were published by Antonio Lazaro, of the Republican Party in Minneapolis, last Wednesday, hours before his arrest on charges of sex trafficking, in preparation for his presentation to the court, next Monday.

The Daily Mail said Lazaro's arrest could lead to evidence that Congressman Ilhan Omar may have violated US federal immigration laws.

Rumors of Ilhan Omar's marriage to her brother were raised more than a year ago, as media reports stated that the FBI conducted hearings for Omar during its investigations to verify that her second husband, Ahmed Elmi, is originally her brother.

At the time, it was said that Representative Ilhan had married her brother to give him legal papers in preparation for obtaining a green residency card in the United States in order to complete his studies.

According to the Daily Mail, the marriage document circulating for the representative and Alami indicates that the contract was signed in February 2009, by a Christian priest, noting that her divorce from her first husband was in 2008.

If Omar's marriage to her brother is proven, she will face charges of forgery, a crime punishable by up to five years in prison and a fine of up to $250,000, according to the US Criminal Code.