Colombia's special forces against drug smuggling managed to strike three smugglers on the high seas this weekend. 102 bags of cocaine hid under the hull of a surface-mounted submarine. 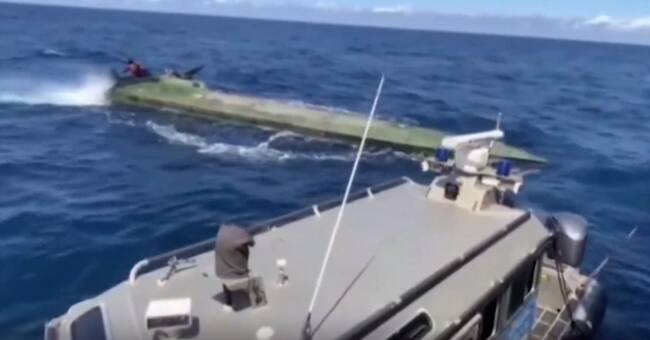 Three people were fished together with two tons of cocaine from a specially built submarine off the Central American coastal strip by Colombian police on Saturday.

The 102 bags of cocaine are estimated to have a street value of almost SEK 600 million.

The submarine is a so-called "Narco-sub" and travels at the height of the water surface.

Something that makes it harder to detect, and especially suitable for smuggling missions, according to the New York Times.

The fitting is one in a row of several large in the spring and summer. In cooperation with a number of other countries, Colombia has seized 116 tonnes of cocaine between 15 May and the last of June this year. 539 people were arrested and 69 boats, 3 submarines and 5 aircraft have been seized, reports TT.