New York Governor Andrew Cuomo resigned Tuesday after an investigation concluded that he sexually harassed 11 women, after he faced mounting legal pressure and calls for his removal from President Joe Biden and others. 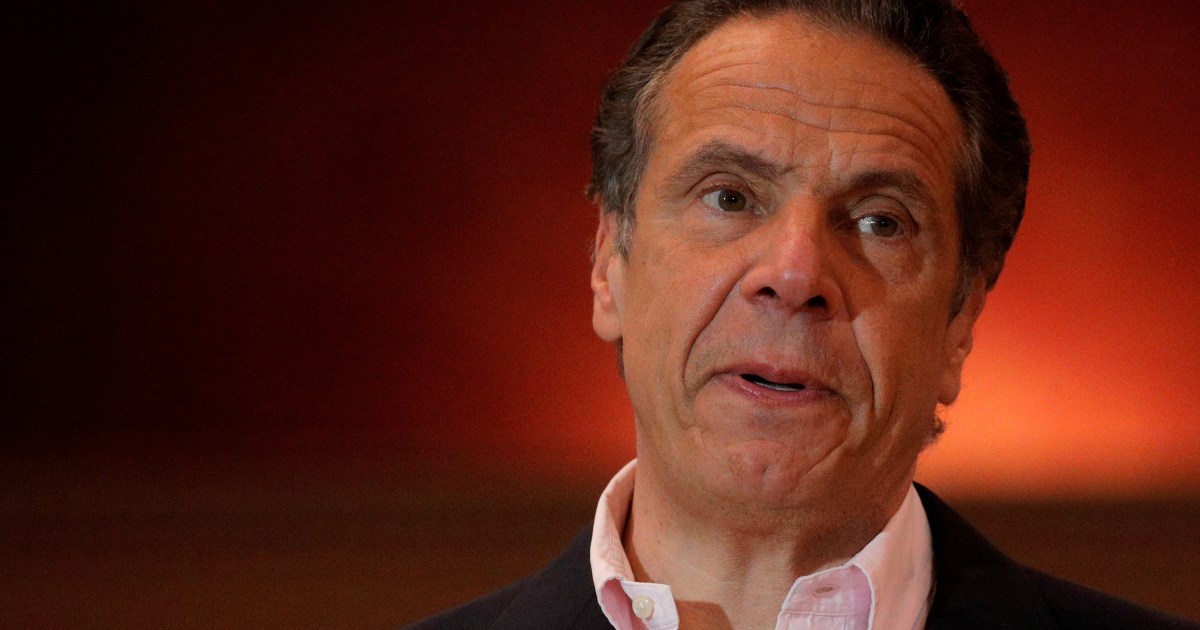 New York Governor Andrew Cuomo resigned Tuesday after an investigation concluded that he sexually harassed 11 women, after he faced mounting legal pressure and calls for his removal from President Joe Biden and others.

Cuomo, 63, said - in a televised address - that his resignation would take effect within 14 days, in the stunning downfall of a man who was once seen as a potential presidential contender.

Cuomo - a Democrat who has served as governor of the fourth most populous US state since 2011 - announced his resignation after New York Attorney General Letitia James issued on August 3 the results of an independent investigation that lasted 5 months, and concluded that Cuomo sexually harassed several women. Women, and have engaged in conduct that violates the laws of the United States and the State of New York.

Cuomo again denied any wrongdoing, but said he accepted "full responsibility for the abuse of women through what he described as attempts at kindness or misunderstood humor".

He added that he concluded that trying to exonerate himself of these accusations while he was in power would hinder the work of the state government, and would cost taxpayers millions of dollars, at a time when the Corona virus pandemic remained a serious threat.

"I think under the current circumstances the best thing I can do now is to step down and let the government take charge of things," he said.

The investigation - detailed in a 168-page report - revealed that Cuomo groped women, kissed them, or made suggestive comments to women, including current and former government employees, one of them a member of the state's forces, and that he retaliated against at least one woman who accused him of sexual misconduct.

Deputy Governor Kathy Hochhol, a Democrat from western New York, will serve as governor of the state, home to more than 19 million people, until the end of Cuomo's term in December 2022, as outlined in the state constitution, becoming the first woman to hold that position.

Cuomo's resignation is the second scandalous New York governor has stepped down in 13 years, after Elliot Spitzer resigned in 2008 for sponsoring prostitutes.

Cuomo has also become the latest strongman to fall in the past few years after the rise of the #MeToo social movement against sexual assault and harassment that has rocked the worlds of politics, film, business and the workplace.

The resignation saved Cuomo from the possibility of his removal from office through impeachment proceedings in the state legislature.

Prior to that, he served as Secretary of Housing and Urban Development from 1997 to 2001 under former President Bill Clinton.

Andrew Cuomo became famous across the United States last year, early in the Corona pandemic, as he held daily press conferences because his state was the epicenter of the public health crisis in the United States.

Hours later, Biden, who has been friends with Cuomo for years, told reporters at the White House, "I think he should resign."

In turn, New York Mayor Bill de Blasio said - in a statement - "It is clear that Andrew Cuomo is unfit for office and can no longer serve as governor. He must resign."

Blasio, who is from the Democratic Party, added that if he insisted on resisting and attacking the investigators who did their jobs, he should be held accountable immediately.