The Olympic champion Ahmed Ayoub Hafnaoui is the pride of Tunisia

He created a surprise during these Olympic Games. At just 18, Tunisian swimmer Ahmed Ayoub Hafnaoui left Tokyo with a gold medal. Imposing himself in front of American stars and ... 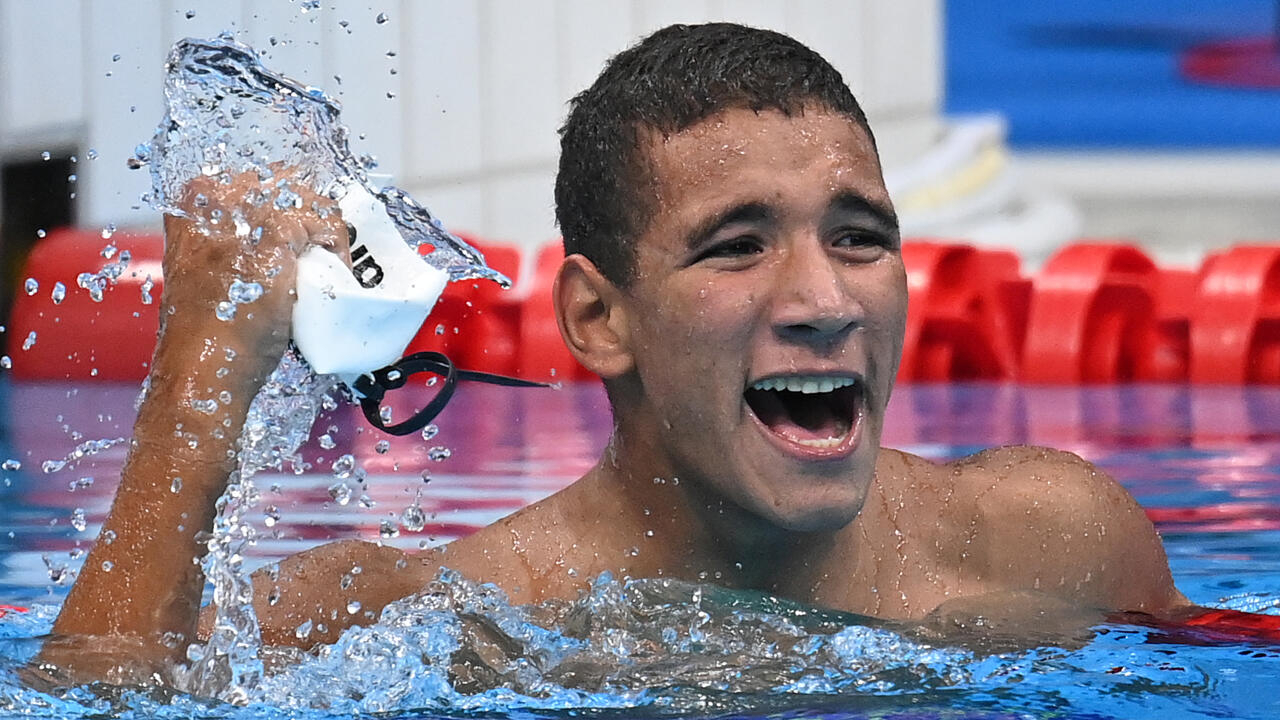 The Olympic champion Ahmed Ayoub Hafnaoui is the pride of Tunisia

He created a surprise during these Olympic Games.

Imposing before the American and Australian stars of the discipline.

A victory that has put balm in the hearts of Tunisians, while the country is going through a deep crisis.

In this café in the medina, the television broadcasts sports programs continuously.

Tunisians are a nation of supporters, so

When you see social networks, the reaction of people, the number of shares, the joy of Tunisians, it's a very good thing!

The victory of Ahmed Ayoub Hafnaoui allowed many to break with the prevailing gloom.

Ali Hajjaj is 27 years old and is an actor.

He is delighted with what this medal has brought to the country: “

It was a positive energy for us in relation to the general situation.

At the economic, social, health level ... on everything in fact, we are a little disgusted by the situation in Tunisia.

Fate wanted the champion to accomplish his feat on the feast of the Republic.

So this victory is an important symbol according to Ali: “

Thank you to Hafnaoui for giving us the opportunity to believe in something good.

We are always looking for sources of inspiration for us.

Mohamed Khalil Jendoubi completes the picture, he was crowned Olympic vice-champion in Taekwondo.