Olympics-2020: the story of the Tokyo Olympics, day by day Tokyo (AFP) The Tokyo Olympics ended on Sunday: here's the film of two weeks of competition with its sporting exploits, disappointments, laughter and tears: JULY 23 After a year of uncertainty over the Covid pandemic, the opening ceremony launches the XXXII Summer Olympics in modern history behind closed doors at Tokyo Olympic Stadium. Shortly before midnight, tennis player Naomi Osaka climbs a 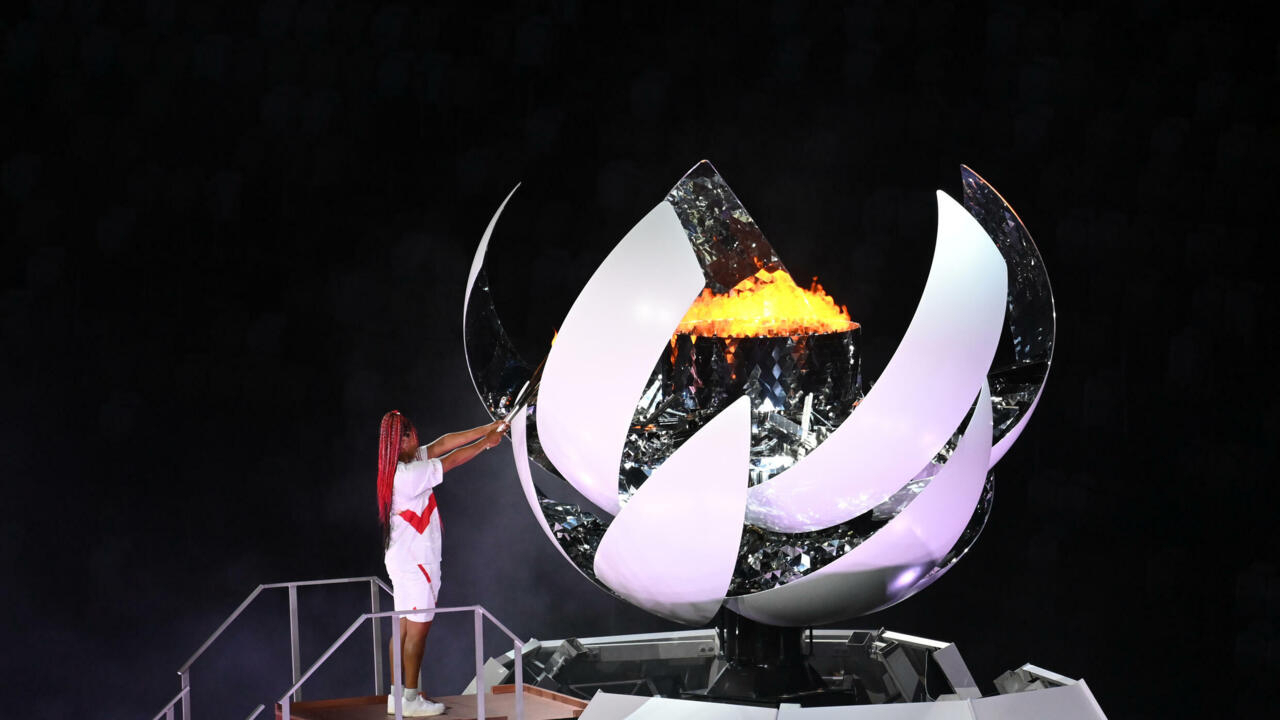 The Tokyo Olympics ended on Sunday: here's the film of two weeks of competition with its sporting exploits, disappointments, laughter and tears:

After a year of uncertainty over the Covid pandemic, the opening ceremony launches the XXXII Summer Olympics in modern history behind closed doors at Tokyo Olympic Stadium.

Shortly before midnight, tennis player Naomi Osaka climbs a replica of Mount Fuji and lights the Olympic cauldron, whose flame will remain lit until the end of the Games on Sunday August 8.

Thanks to judoka Luka Mkheidze, bronze in the -60 kg category, France won its first medal on the first day of competition.

Born in Tbilisi, Georgia, arrived in France as a refugee after a journey through Belarus and Poland, Mkheidze, 25, was naturalized French in 2015. “France welcomed me, opened its arms to me. There were difficulties, we had to wait, but I was able to obtain nationality and I am very proud to be there and to represent France ", he breathes after his medal.

Far from being among the favorites in the morning, he knew how to seize a chance like only the Olympic Games can offer, for a day of glory which he went to seek with panache.

The Frenchman was simply in a day of grace.

In swimming, the first round of the eagerly awaited duel between Ariarne Titmus and Katie Ledecky in the pools turns to the advantage of the young Australian swimmer in the 400m freestyle.

The explanation, sumptuous and breathless to the end, kept all its promises, but it was in the end Titmus, 20, who gave a blow of old to Ledecky, 24, by depriving her of her title, won in 2016 in Rio, and tickling his world record.

On the French side, Sarah-Léonie Cysique in silver in judo and Manon Brunet in bronze in saber brought the Blues their fourth and fifth medals.

In the temple of judo, the Nippon Budokan, Clarisse Agbégnénou, flag bearer of the French delegation, becomes Olympic champion, five years after her defeat in the final in Rio, to offer France her second gold medal of the Olympics.

In the evening, it is stupor in gymnastics.

After a disappointing stint on vault, the expected superstar of these Games Simone Biles leaves the room during the all-around team competition, then returns but with the status of substitute.

After receiving her silver medal with her teammates, she explains being a victim of loss of landmarks in space and having to fight her "demons".

She later forfeited the all-around, vault, uneven bars and floor finals, but won bronze on beam.

Rowing brings France its third title in Tokyo thanks to Matthieu Androdias and Hugo Boucheron in a couple.

Disappointment for Naomi Osaka, last carrier of the Olympic flame, eliminated from the tennis tournament of the Games in the eighth by Czech Marketa Vondrousova.

A traditional highlight of any Olympic Games, the 100m freestyle, the crowning event of swimming, is won by the American star of the pools, the American Caeleb Dressel, the reigning double world champion.

Teddy Riner, who came to Tokyo to become triple Olympic champion in the queen category of judo, a unique feat, was beaten in the quarterfinals by the world No.1, Russian Tamerlan Bashaev, in a fight he seemed to master.

Drafted, the Guadeloupe saves a bronze medal, "the medal of courage and pride" in his words.

Novak Djokovic's dream of winning Olympic gold and succeeding in the "Golden Slam" comes to an end.

Eliminated in the semi-final of the tennis tournament by Alexander Zverev, he left Tokyo empty-handed after his defeat in the bronze match and his package in mixed doubles.

The French judo team, led by Clarisse Agbégnénou and Teddy Riner, achieved a superb feat by beating Japan in the final of the mixed team event to win the first Olympic title awarded in this event.

Born in the United States of an American father and an Italian mother, he won in 9 sec 80/100, a new European record.

A few minutes earlier, Italy had offered another Olympic crown with the title of Gianmarco Tamberi at the height, shared with his Qatari friend Mutaz Essa Barshim.

In swimming, a winning comeback for Florent Manaudou.

After leaving the pools for handball, he won the silver over 50 m behind the untouchable Caeleb Dressel.

In silver in 2016, Jean Quiquampoix won gold in pistol shooting.

France also obtains bronze in horse riding in the eventing.

Disillusionment on the other hand for the gymnast and flag bearer Samir Aït Saïd, injured, who only takes fourth place in the rings.

Gala evening at the Olympic Stadium: the Norwegian Karsten Warholm smashes the world record in the 400 m hurdles (45 sec 94), the Jamaican Elaine Thompson-Herah, succeeds in the 100-200 m double as in Rio and the Swede Armand Duplantis is crowned at 21 years old on pole vault, where Renaud Lavillenie, diminished, only takes eighth place.

On the track at the Olympic Stadium, Canada's Andre de Grasse succeeds Jamaican legend Usain Bolt in the 200m, while Sydney McLaughlin wins Olympic gold and breaks the world record (51.46) in the 400m hurdles.

The young people take to the park's podium in skateboarding: the Japanese Sakura Yosozumi, 19, is ahead of her compatriot Kokona Hiraki, 12, and the Briton Sky Brown, 13.

Auspicious day for France: Steven Da Costa becomes the first Olympic karate champion in history, Kevin Mayer manages to win silver in the decathlon despite his back pain, while the three men's teams - handball, basketball and volleyball - qualify for their respective finals.

The American legend Allyson Felix, who is playing his fifth Olympic Games at 35, becomes the most medal-winning female athlete in the history of the Games, with a 10th podium, taking third place in the 400m.

The next day, she won her eleventh medal, gold with the 4x400m relay.

The American Allyson Felix, during the 4x400m relay, at the Tokyo Olympics, August 7, 2021 Javier SORIANO AFP

By giving up shortly after halfway in the 50 km walk, Yohann Diniz sadly ended his long career sitting on a sidewalk in Sapporo.

Historic day for French team sports: if the French basketball players lose in the final against the Americans, the handball players are crowned for the third time after 2008 and 2012, by dominating Denmark.

Less expected after a difficult start to the tournament, the volleyball players became Olympic champions for the first time by beating the Russians in a final with twists and turns.

The Bleues also bring a bronze medal to France in basketball, against Serbia.

The coach of the French volleyball team Laurent Tillie, carried in triumph by his players after the Olympic coronation, August 7, 2021 at the Tokyo Games JUNG Yeon-je AFP

The day begins with the new marathon coronation of Kenyan Eliud Kipchoge, five years after Rio.

The day before, his compatriot Peres Jepchirchir had won in the ladies' race.

A few hours later, the French handball players offered their first Olympic title by beating Russia and brought the 33rd and last medal to France, including five for French indoor team sports.

In the evening, the Olympic flame goes out during the closing ceremony, marking the end of two weeks of competition and the handover between Tokyo and Paris.

The French capital will host the Games of the XXXIII Olympiad from July 26 to August 11, 2024.