"Double standards in approaches": how Russia reacted to the OSCE's refusal to observe the elections to the State Duma

Moscow is disappointed with the decision of the Organization for Security and Cooperation in Europe (OSCE) not to participate in the observation of the elections to the State Duma, adopted by the structure "unilaterally," the Russian Foreign Ministry said. The ministry also noted that they did not receive "a clear explanation of why the parameters, which seemed to have already led to successful monitoring results in the realities of other states, turned out to be inapplicable to the Russian Federation." Earlier, the OSCE reported that they were abandoning the mission, since Moscow limited the number of representatives of the structure against the backdrop of a pandemic. The organization reacted to the decision in London and Washington, declaring its full support. According to experts, the situation around the OSCE observers and the condemnation of Moscow's position by the United States and Great Britain are politically motivated. 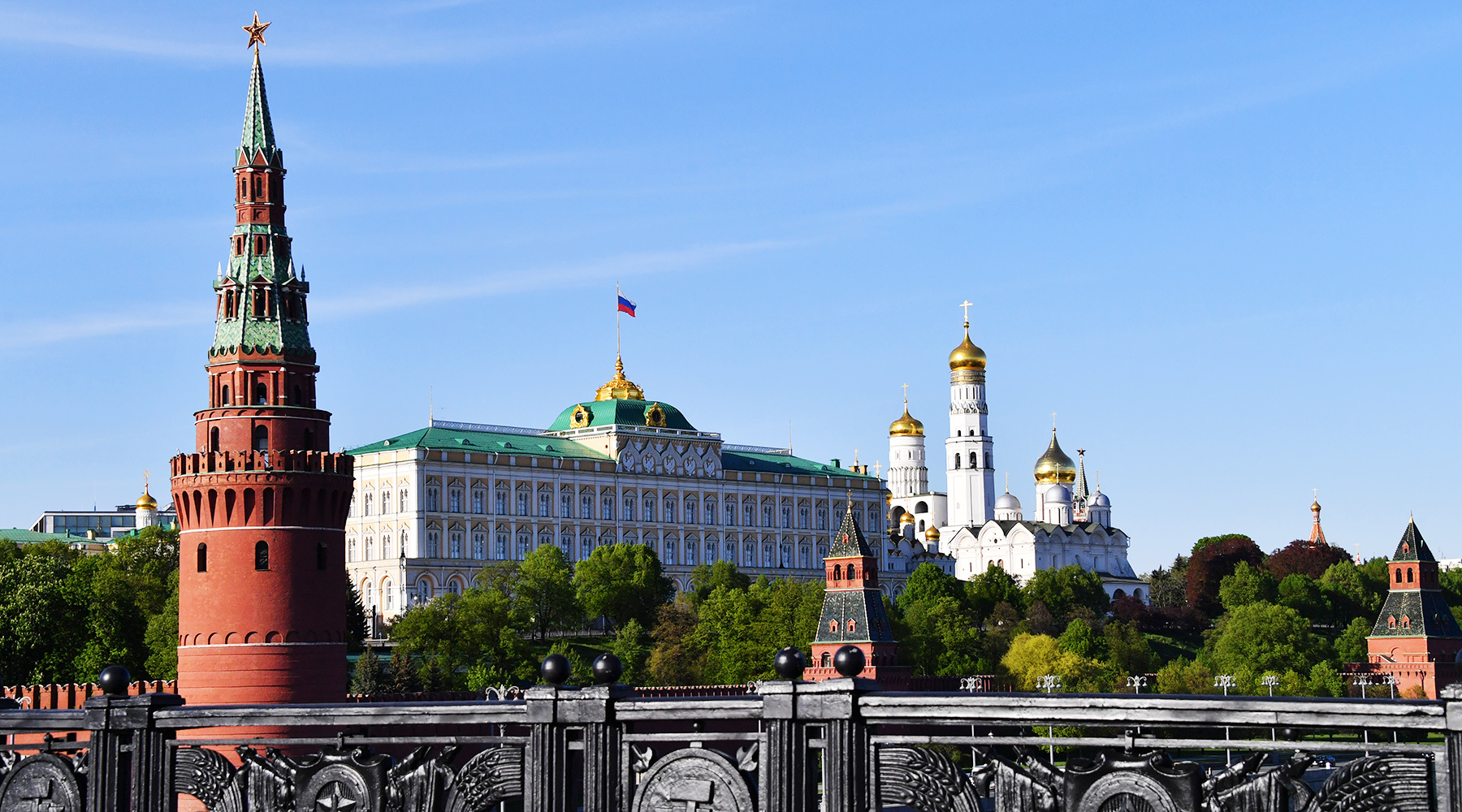 The Russian Foreign Ministry said that it was disappointed with the decision of the Organization for Security and Cooperation in Europe (OSCE) not to participate in the observation of the elections to the State Duma, adopted by the structure "unilaterally."

“We never received a clear explanation of why the parameters that seemed to have already led to successful monitoring results in the realities of other states turned out to be inapplicable to the Russian Federation.

All this strongly resembles ... logic in the spirit of "either our way or not."

And this, of course, does not heal the dialogue with the Office (for Democratic Institutions and Human Rights (ODIHR) of the OSCE. -

), but rather complicates it, "said Oleg Gavrilov, Deputy Director of the Information and Press Department of the Ministry of Foreign Affairs of the Russian Federation, at a meeting of the ad hoc committee of the Federation Council on Protection state sovereignty and prevention of interference in the internal affairs of Russia.

Earlier, the OSCE announced its refusal to participate in observing the elections to the State Duma of the Russian Federation, since Moscow limited the number of representatives of the structure against the background of the epidemiological situation.

Nevertheless, according to Oleg Gavrilov, the absence of ODIHR observers will not affect the quality of the observation process, including because "the Bureau's quota, if it persists in its unwillingness to come to Russia, will certainly be happy to choose" other monitoring structures.

The Deputy Director of the Information and Press Department of the Russian Foreign Ministry also proposed to develop uniform, transparent and understandable criteria and methodologies for monitoring the expression of the will of citizens in any OSCE state, which can be adapted to the realities of the pandemic.

“Everything can be agreed upon, the ministry is ready for such work,” Gavrilov said.

The refusal of the OSCE to participate in observing the Russian elections was also commented on by the Central Election Commission of the Russian Federation.

Thus, CEC member Igor Borisov recalled "the high level of politicization in the ODIHR's activities and double standards in approaches to monitoring."

Unfortunately, as we can see, some international organizations have also joined this process, ”Borisov said at a meeting of the temporary committee of the Federation Council for the protection of state sovereignty and prevention of interference in the internal affairs of the Russian Federation.

He also added that all statements by OSCE representatives regarding the current election campaign in the Russian Federation are illegal and “in fact are interference in the Russian elections,” since the structure itself has refused accreditation.

At the same time, Borisov stressed that the invitation of the OSCE / ODIHR had not been withdrawn.

"But observation, as required by the OSCE directives, must be carried out within the framework of national law and in accordance with the current situation, in this case we mean the situation with the COVID-19 pandemic," he summed up.

"Applies to all foreign observers"

Recall that the Organization for Security and Cooperation in Europe planned to send 500 observers to Russia to observe the elections to the State Duma.

However, Moscow, due to the spread of the coronavirus, limited the size of the delegation to 60 representatives of the organization.

“The OSCE has faced restrictions that allow us to send only a small part of the planned number of observers, and this simply does not allow us to effectively and thoroughly carry out our work,” the OSCE said in a statement, which also states that the structure solely independently determines the parameters of monitoring, including number of observers.

In an interview with RIA Novosti, the representative of the OSCE Parliamentary Assembly Nat Perry explained that the organization determined the number of 500 observers for a number of factors, including taking into account the size of the territory of Russia.

At the same time, according to him, the actual number of sent representatives of the structure could have been less.

As Alexander Bikantov, Deputy Director of the Information and Press Department of the Ministry of Foreign Affairs of the Russian Federation, clarified during a briefing, Moscow's condition on a limited number of observers applies to all foreign structures and is caused by the need to counter the spread of a new coronavirus infection.

“We emphasize that this decision does not discriminate against the ODIHR - it applies to all foreign observers.

Moreover, among other international structures, it was the Bureau that was given the opportunity to send the largest observation mission in terms of number, ”he specified.

According to Bikantov, Moscow is "openly disappointed by the Bureau's de facto disdain" to the efforts of the Russian Federation to counter the spread of COVID-19.

At the same time, the United States and Great Britain drew attention to the situation around the elections to the lower house of the Russian parliament and the OSCE.

Washington expressed regret that representatives of the organization would not be able to observe the elections to the State Duma.

"We fully support the ODIHR and the Parliamentary Assembly in their principled position that they will not be able to effectively observe elections under such restrictions," State Department spokesman Ned Price said in a statement.

At the same time, the American diplomatic service stressed that the international community will monitor the voting process in the Russian Federation to determine whether "conditions are favorable for the holding of free and fair elections."

"Russia will not escape international attention," the State Department noted.

Earlier, the Permanent Representative of Great Britain to the OSCE Neil Bush made a similar statement.

According to him, the United Kingdom shares the organization's disappointment that the restrictions imposed by Moscow will prevent it from presenting to Russian voters "a transparent and authoritative assessment of the upcoming Duma elections."

"Russia's decision to drastically limit the number of observers will undermine the effectiveness of ODIHR's election observation and credibility (in the results of this observation. -

Maria Zakharova, the official representative of the Russian Foreign Ministry, reacted to these words of the British permanent representative.

According to experts interviewed by RT, the OSCE's refusal to participate in observing the elections to the State Duma, as well as the information noise that is fueled by the West, are explained by political motives.

“What is happening now around the OSCE and the elections to the State Duma once again proves that the Organization for Security and Cooperation in Europe is partly engaged. It was to the Russian Federation that it decided to send five hundred of its observers, while their number in other countries could be ten times lower. In addition, based on the refusal of the OSCE to visit the Russian Federation in a reduced composition, we can conclude that the structure needed 500 people only in order to delegitimize the Russian elections and purposefully look for some flaws, " research and forecasts of RUDN University, member of the Public Chamber of Russia Nikita Danyuk.

Vladimir Batyuk, head of the Center for Political-Military Studies of the Institute of the USA and Canada, RAS, in an interview with RT, drew attention to the fact that the OSCE's monitoring activities are concentrated exclusively on the eastern direction.

“Closer to the west, this activity declines sharply.

Although there are very good reasons for careful monitoring.

For example, the 2020 US presidential election, the reliability of the results of which is still doubted by a significant part of Americans.

But Western observers prefer to close their eyes to this, ”says Batyuk.

From the point of view of analysts, London and Washington, with the help of OSCE observers, most likely hoped to detect any irregularities in the elections to the State Duma and use it for their geopolitical purposes.

“The United States and Great Britain are interested in this, they very quickly pick up news stories that they can somehow connect with their ideas that Russia is allegedly not democratic enough.

Hence the regrets and disappointments of Washington and London around the situation with the OSCE, which this year will not be able to make efforts to devalue the vote in the Russian Federation.

At the same time, the United States and Great Britain are already preparing for an information campaign to discredit and delegitimize the Russian electoral process, as evidenced by their latest statements, ”Danyuk explained.

Vladimir Batyuk adheres to a similar point of view.

“The Americans and the British are quite actively trying to interfere in the Russian electoral process.

They operate on the principle of double standards.

For example, during the presidential elections, some states did not admit OSCE observers.

When it comes to Russia, even the reduction in the number of observers due to the pandemic becomes an excellent reason for attacks, ”the analyst explained.

Nikita Danyuk, in turn, recalled that Russia has always been open to observing international organizations during electoral processes in the country, and even during the pandemic, the Russian Federation did not refuse the OSCE in this.

“Instead of sending a reduced number of its observers to Russia, the organization refers to internal bureaucratic regulations that Moscow has never signed and is not obliged to comply with. At the same time, the OSCE, for unknown reasons, refuses to understand that in a pandemic it is risky to accept 500 people. And this is not a whim of Russia, this is an established international practice, ”the expert concluded.