Several US arms manufacturers have deliberately marketed their weapons to criminal cartels in Mexico. It claims the Mexican government in a lawsuit, which demands that manufacturers pay $ 10 billion in damages. - We will win the trial and drastically reduce the illegal import of weapons to Mexico, says the country's Foreign Minister Marcelo Ebrard. 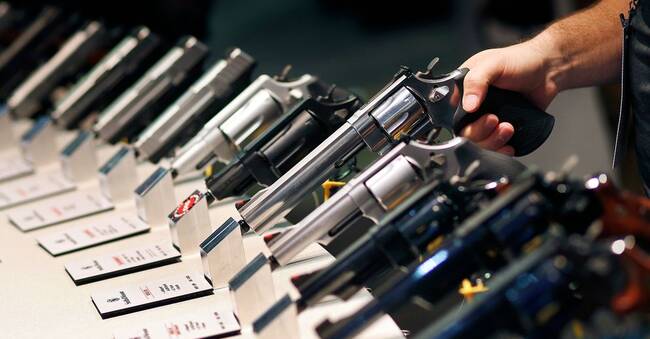 Six of the United States' largest arms manufacturers have been singled out in the lawsuit, reports The Guardian, citing documents filed in a Boston court.

Among them are Smith & Wesson, Glock and Barett Firearms.

According to the accusations, the black market for firearms in Mexico has acted as the "economic lifeblood" for the arms companies.

A study commissioned by the Mexican government found that 2.5 million weapons have been smuggled into the country illegally in the last ten years.

At the same time, drug cartels have become increasingly brutal.

In the lawsuit, the Mexican government points out, among other things, that the American manufacturers have designed their weapons with the specific purpose of attracting Mexican gang criminals.

One such example is a pistol from Colt's Manufacturing Company engraved with a picture depicting the Mexican revolutionary Emiliano Zapata.

"We will unconditionally pursue this process and we will win the trial and drastically reduce the illegal import of weapons to Mexico," said the country's Foreign Minister Marcelo Ebrard at a press conference.

None of the designated companies have yet commented on the allegations.