He came out of Bolt's robe.. Canadian sprinter De Grassi achieves glory at the Tokyo Olympics 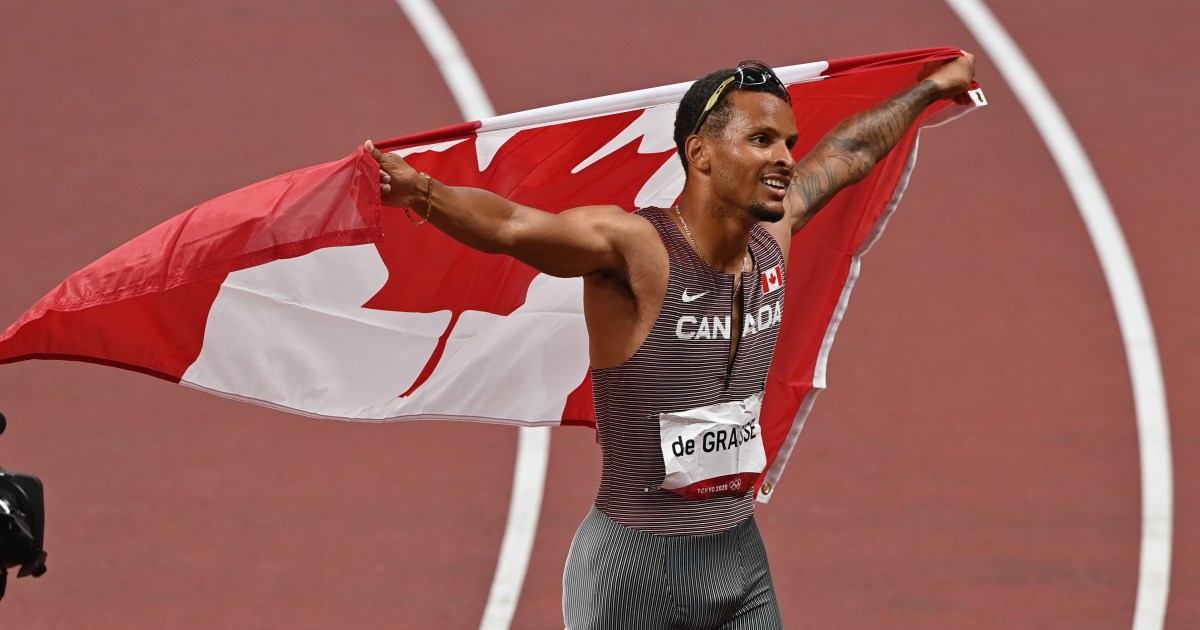 Di Grassi, who had been in Bolt's shadow for years, ran full speed just before the finish line to set a Canadian record time of 19.62 seconds, becoming the eighth fastest man in history at this distance and ending a long wait for gold.

"I couldn't ask for more. This is the race of my life and I'm very happy and proud of myself that I finally succeeded," said the champion, who won silver in Rio 2016 in the 200 meters behind Bolt.

The retirement of Bolt, who won gold in the 100 and 200 meters in three editions of the Olympics, an unprecedented achievement, left the door open for a new generation of runners, and de Grassi, 26, appeared motivated.

It seemed that Di Grassi, who did not miss the podium in 5 races in two editions of the Olympics, would be denied gold again amid fierce competition with an American trio.

"I knew the Americans were going to be competing for the gold and they ran really hard and I ran with them as hard as I could," added the Canadian rider, who won bronze in the 100 meters race last Sunday.

De Grassi became a household name after taking bronze in the 100-meter sprint in Rio, silver in the 200-meter and bronze in the 4 x 100-meter relay, becoming the first Canadian to win Olympic medals in all three sprints.

He missed most of the 2017 and 2018 seasons due to muscle injuries, but he did not lose hope despite doubts about his level.

And de Grassi continued, "I worked hard for 5 years for this moment and waited another year because of the epidemic. I trained very hard and I am happy with my success at last."