Guadeloupe is reconfigured for three weeks Pointe-a-Pitre (AFP) Guadeloupe, faced with an "exponential growth in cases" of Covid-19, began its third confinement on Wednesday evening, accompanied by a strict curfew from 8 p.m. to 5 a.m. and travel restrictions, authorities said. Some 1,952 cases were identified at the start of the week on the island, according to a press release from the prefecture and the Regional Health Agency (ARS), wh 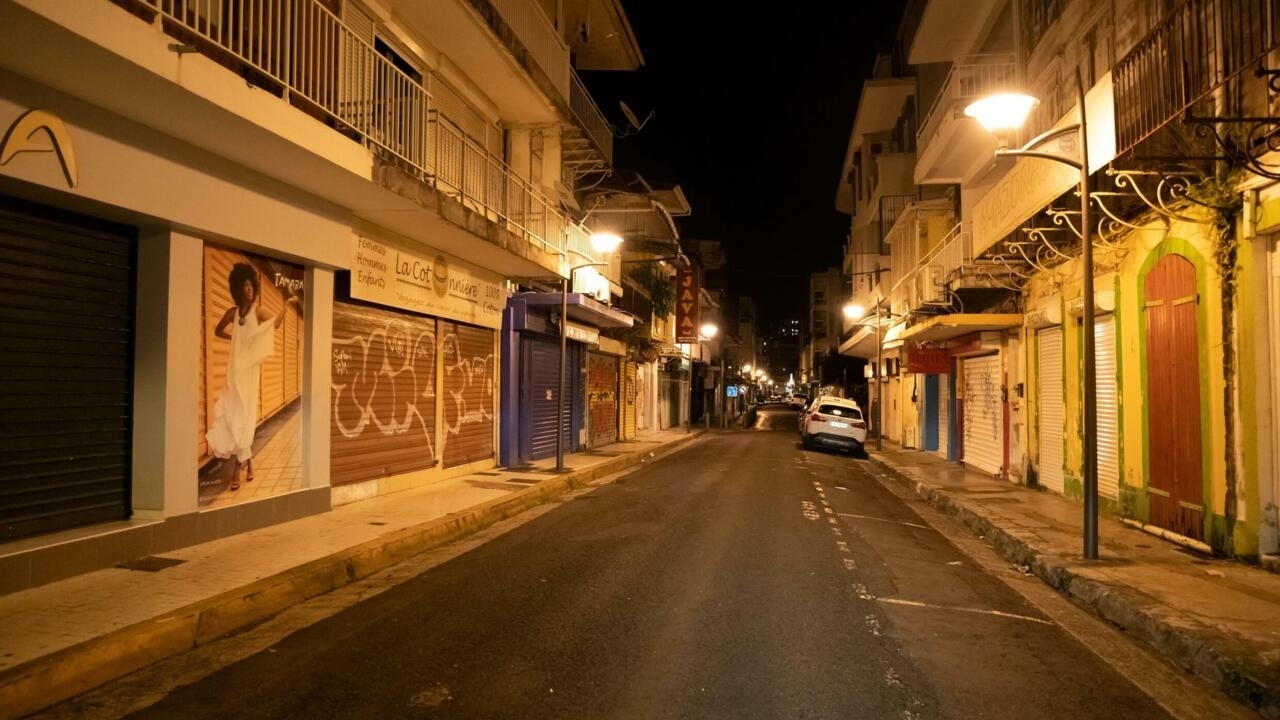 Guadeloupe, faced with an "exponential growth in cases" of Covid-19, began its third confinement on Wednesday evening, accompanied by a strict curfew from 8 p.m. to 5 a.m. and travel restrictions, authorities said.

Some 1,952 cases were identified at the start of the week on the island, according to a press release from the prefecture and the Regional Health Agency (ARS), which warns of the presence of the Delta variant.

The latter now represents 70% of screenings while barely more than 21% of Guadeloupe have received a first dose of vaccine.

"In week 30, there were 71 new Covid hospitalizations and 22 new intensive care admissions", specify the institutions.

With the entry into force of this partial confinement, Guadeloupeans no longer have the right to move more than 10 kilometers from their home, unless there is a compelling reason and provided with a certificate.

If the businesses remain open, as well as the restaurants at noon, the bars will all be closed, as will the gymnasiums, stadiums and swimming pools.

On the beaches, only the "dynamic" presence will be allowed, for walking, swimming or an individual sporting activity.

A situation that many inhabitants take with philosophy.

"It does not make me hot or cold, it is for the grandchildren that it is the most annoying: we do not know what they will be able to do", smiles Kleber, an unvaccinated retiree who declares himself " beware "of announcements by state officials.

"Our problem here is not the Covid, it is the Sargassum" (algae that proliferate in the Caribbean region, editor's note), he laments.

Restaurant in Pointe-à-Pitre on August 5, 2021 while the curfew and confinement have been reinstated Yannick MONDELO AFP

But for the restaurant sector, the curfew is a new "blow" which leads to the closure of establishments in the evening, as explained by Rudy Nainan, president of the association of restaurateurs of the islands of Guadeloupe.

"July and August are the two busiest months of work of the year. These are very busy months since it is local customers and it is the locals who are on vacation and these are people who frequent our places a lot. establishments, "he said, fearing that the spread of the virus would lead to a total closure of restaurants.

"The prognosis is not very good. Given the evolution of the epidemic, we are afraid that next week we risk being completely closed," he fears.

"We are about 10 km from everything, so the 10 km does not bother us", she explains, even if she gave up going to Marie-Galante.

"We are looking more for the beach and the sun so it will be fine."

"The situation is serious, we know that they will not be able to treat everyone at the CHU", estimate for their part Micheline and Xavier, inhabitants of Basse-Terre.

For the LREM deputy of Guadeloupe Olivier Serva, "this is the price to pay to save lives".

"The figures have a very unfavorable development and confinement appears to be one of the solutions," he said on Europe 1.

In Martinique, where similar measures have been in force since last weekend, a vaccinodrome and a pharmacy were set on fire during clashes between a hundred demonstrators and the police on Saturday evening in Fort-de-France.

In Saint-Barthélemy and Saint-Martin, the prefect announced on Wednesday the establishment of a curfew from Thursday until August 20 in order to limit travel and gatherings.

It has also tightened the conditions for entry to the islands, in particular by sea, in order to curb the spread of Covid-19.