The public demonstration of quantum communication took place with an encrypted audio-video link between Italy, Slovenia and Croatia, which responds to the new security needs 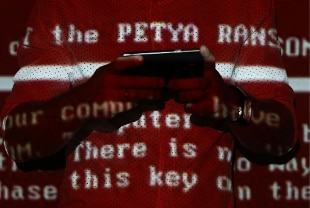 that will be conducted today in Trieste, in the scientific stage of the G20.

The demo took place between three states, Italy, Slovenia and Croatia and developed on

that connect three nodes (Trieste, Ljubljana and Rijeka) for a distance between

The encrypted connection with quantum technology took place in the presence of Ministers Giancarlo Giorgetti (Economic development), Vittorio Colao (Technological innovation and digital transition) and the foreign delegations present at the G20. "It is an all-Italian technology born from basic research conducted in our country", explains Professor Angelo Bassi, from the Physics Department of the University of Trieste.

Quantum communication responds to the need for

, a priority for all governments in the world, as also demonstrated by the recent cyber attack that hit the

. This technology allows levels of security unattainable with current encryption protocols thanks to the particular operation of

. Quantum keys are sequences of random numbers that are generated remotely through the exchange of photons. If a hacker tries to intercept this key,

it immediately leaves a trace

that allows you to detect the intrusion and intervene immediately.

The demonstration was organized by

of the Physics department of the

part of the “Quantum FVG” project funded by the Autonomous Region in collaboration with various players, including the quantum communications company Qti, a spin off of the CNR. Tim and Sparkle provided the fiber optic links together with Lightnet.

"These technologies are the result of years of basic research carried out by the CNR, thus confirming that the

always starts from fundamental research - declared the president of the CNR, Maria Chiara Carrozza - It is an aspect that does not we must never underestimate, as also the experience of the pandemic and vaccines teaches for therapeutic translation ”.

- explains Angelo Bassi - precisely because it responds to the problem of how to safely 'deliver' the encrypted keys to the communication actors. While classically, by intercepting the copy of the transmitted key, it is possible to duplicate it without the sender or recipient noticing, thus compromising the confidentiality of the communication, this action is impossible for quantum keys ".


"The exchange of quantum keys is now a

which, thanks to the technologies we have developed in the laboratory to investigate the enigmas posed by quantum physics, can now be implemented on commercial optical fibers such as those made available for this event", concludes Alessandro Zavatta, who is also one of the founders of Qti.