The plane carrying the sprinter Krystsina Tsimanouskaya who had criticized her coaches during the Tokyo Olympics landed this Wednesday early evening in Poland, a country which granted her a visa h… 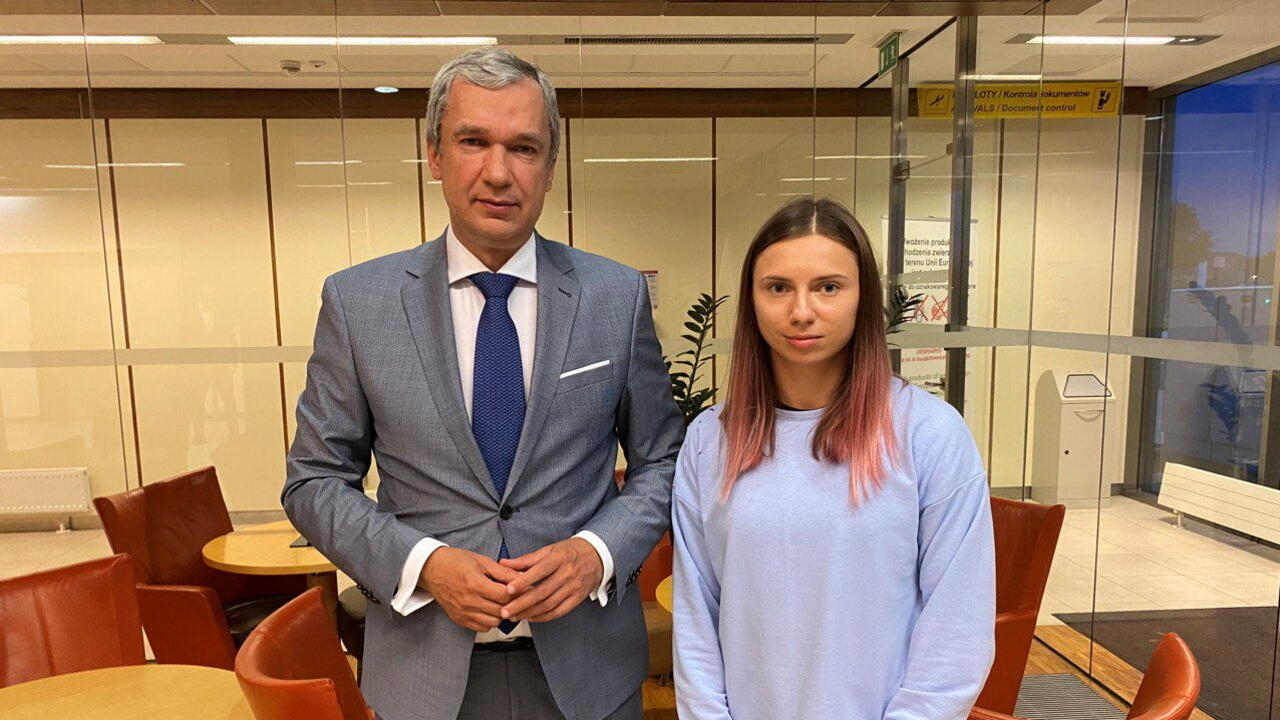 The plane carrying sprinter Krystsina Tsimanouskaya who had criticized her coaches during the Tokyo Olympics landed this Wednesday early evening in Poland, a country which granted her a humanitarian visa.

The athlete refused to return to his country for fear for his safety.

She will be able to breathe, the Belarusian Olympic sprinter who did not want to return to her country landed in Poland from Tokyo, after a stopover in Vienna accompanied by the Polish diplomatic services.

Warsaw granted her a

and her husband who had fled to Ukraine.

An arrival which took place in the presence of many journalists.

On Sunday, Krystsina Tsimanouskaya said she would be in danger if she returned to Belarus, after criticizing her country's athletics federation following a dispute at the Tokyo Olympics.

Threatened to be forcibly repatriated to

Belarus, the 24-year-old was initially scheduled to take a direct flight from Tokyo to Warsaw, but she changed her route at the last minute.

In Vienna, where she had landed in the early afternoon, a black vehicle, followed by two police cars, was waiting for Krystsina Tsimanouskaya.

It was a question of "

", explained the Austrian Secretary of State Magnus Brunner, who went to meet him.

The athlete did not speak either when she left Tokyo or during her transit in Vienna, but she is expected to speak Thursday in Warsaw, according to the pro-democracy Belarusian opposition.

” an official from the Belarusian Sports Solidarity Foundation told our correspondent in Warsaw,

The association had helped the young woman to come to Poland.

For its part, Warsaw, which hosts a large Belarusian diaspora, welcomed the arrival of the young woman in the country.

The country continues to show solidarity and support,

" tweeted an official from the Polish Foreign Ministry a few minutes after the plane landed.

" on the part of the Belarusian regime, pledged that the sportswoman can continue her career on Polish soil, if she wishes.

A stranger suddenly in the spotlight

Until now unknown to the general public and discreet about politics, Krystsina Tsimanouskaya suddenly found herself in the spotlight and the affair has dominated the extra-sporting news of the Tokyo Games in recent days.

The sprinter had criticized the athletics federation of her country for wanting to force her at the last moment to participate in the 4x400-meter relay, when she was initially supposed to run the 100 meters and the 200 meters, a decision that l 'had indignantly.

Fearing forced kidnapping and ending up in prison if she returned to Belarus, Krystsina Tsimanouskaya had obtained help from the International Olympic Committee (IOC) and police protection while she was at Tokyo-Haneda airport.

She then took refuge at the Polish embassy in the Japanese capital, while the IOC initiated an official investigation.