Afghanistan: "The Taliban have a strategy of encircling cities to bring them down"

In Afghanistan, the Taliban are continuing their conquest of several provincial capitals, Lashkar Gah, Kandahar or even Herat, with a strategy of encirclement in favor of the American withdrawal.… 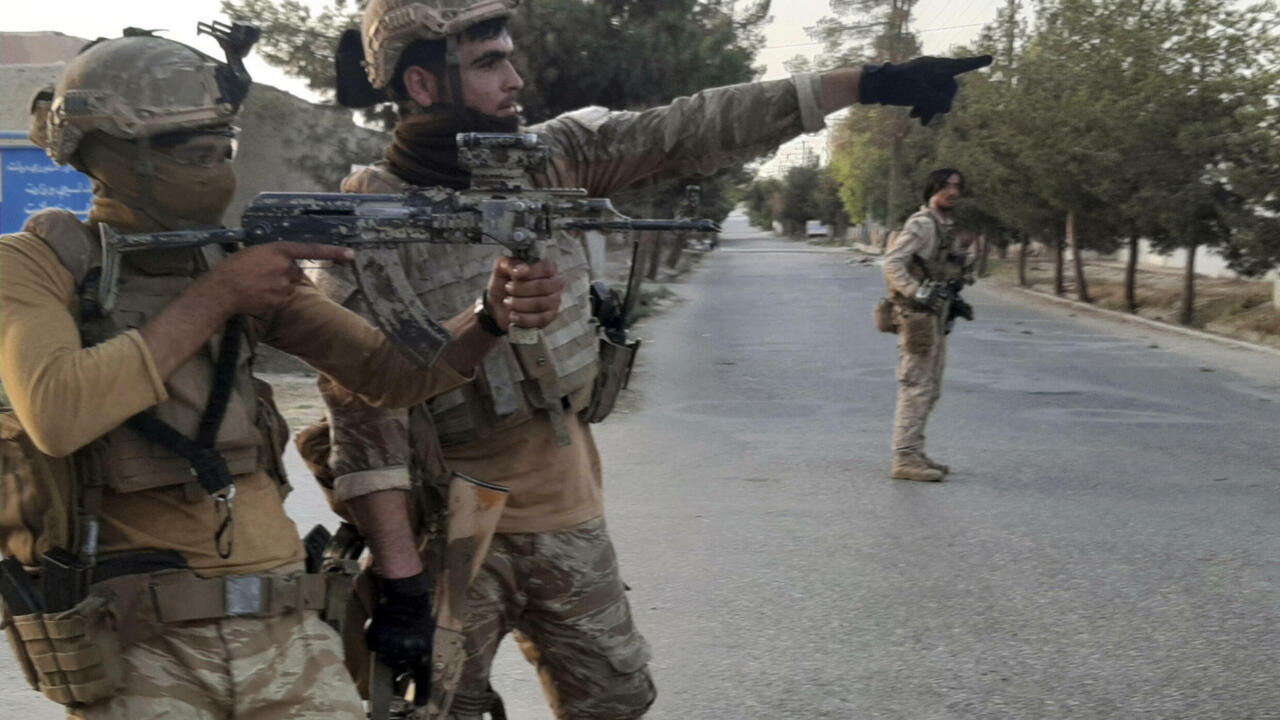 Afghanistan: "The Taliban have a strategy of encircling cities to bring them down"

In Afghanistan, the Taliban are continuing their conquest of several provincial capitals, Lashkar Gah, Kandahar or even Herat, with a strategy of encirclement in favor of the American withdrawal.

Jean-Charles Jauffret is professor emeritus of contemporary history at Sciences Po Aix, specialist in Afghanistan and he is the author of

: Will the fighting, among the most violent of the past 20 years, mark a decisive turning point in the war and pave the way for the Taliban's return to power?

It's a strategy of encircling cities to bring them down one after the other. It is a repeat of what happened in the civil war in 1992 and 1996, and in 1996, especially when the Taliban took power. But the place of the capital of Helmand is important. This is a very strong message that the Taliban are sending to the international community, because on May 2, 2021, the capital of Helmand had already been attacked and for the last time from their presence in

, the Americans who still had the air bases from Bagram and Kandahar, had deployed a very impressive air arsenal which had stopped this advance.

However, there, they are absent.

So, there is a very strong announcement effect: if this city falls, it means that American support does not exist or no longer exists, even if there were air raids in July to delay the investment of the Kandahar City.

It should also be noted that the city of Lashkar Gah, the capital of Helmand, is another symbol of Afghan history.

In 1881, the British, the occupiers, had suffered a resounding defeat there which had caused England to evacuate the country for the second time.

If this provincial capital falls, does that mean that the others will also fall by domino effect?

who is threatened. Let us not forget also another phenomenon, it is that Helmand is an essentially Pashtun zone and also the sinews of war. Afghanistan is the first narco-state on the planet. And if the Taliban do not consume the heroin for themselves, they resell it and that is how they get their weapons. One of the epicenters of poppy and therefore heroin production takes place in Helmand. It is therefore for them the sinews of war. And even when there was still a significant presence of the Afghan national army and security forces, all this traffic continued knowing that they took 10% of all traffic involving the Afghan army and vice versa. It is drugs that provide the war money for the Taliban war.

Civilians pay a heavy price in this conflict. Part of the population manages to flee the fighting, while others are trapped, especially in the large provincial towns currently in the grip of the insurgents. Is this a Taliban tactic?

It is a weapon for Afghanistan, seen from the side of the Taliban, because they realize that the government in Kabul cannot manage them. There are 3.5 million Afghans currently roaming all of the country's districts, they don't know where to go. And that's a bit of a blackmail argument, because from the moment the Taliban control the roads and supplies, the refugees are a weapon for them. Obviously the members of the Afghan security forces, of the government in Kabul, hesitate to use great means, in particular by air force because they know that there are civilians mixed with Taliban fighters. It's quite sordid but effective as a strategy to suffocate a city like Lashkar Gah, Herat or Kandahar.

: Afghanistan: the American and British embassies accuse the Taliban of “massacres” of civilians

I would especially like to think of those unfortunate people who served. We always forget the small officials, soldiers or police who are massacred. I am thinking of the massacre in the Spin Boldak region, where the former French special forces base was, on the Pakistani border, when you go from Kandahar to Karachi. And I think especially of what is happening, this gigantic confinement of a people in the name of a Sharia applied in its most retrograde version. I have a very painful thought for the women who are going to know hell again and all those who have had access to culture, whether they are high school girls, students, all those who had a look to the future, modernity and who will plunge back into the Stone Age, the Stone Age of the Taliban which is absolutely sordid.