Heat waves, floods and fires... The summer of 2021 in the northern hemisphere witnessed successive natural disasters, the size and frequency of which may be exacerbated by climate change, according to a large number of climate experts. A heat wave in Canada and Greece At the end of June, a heat wave hit western Canada uninitiated 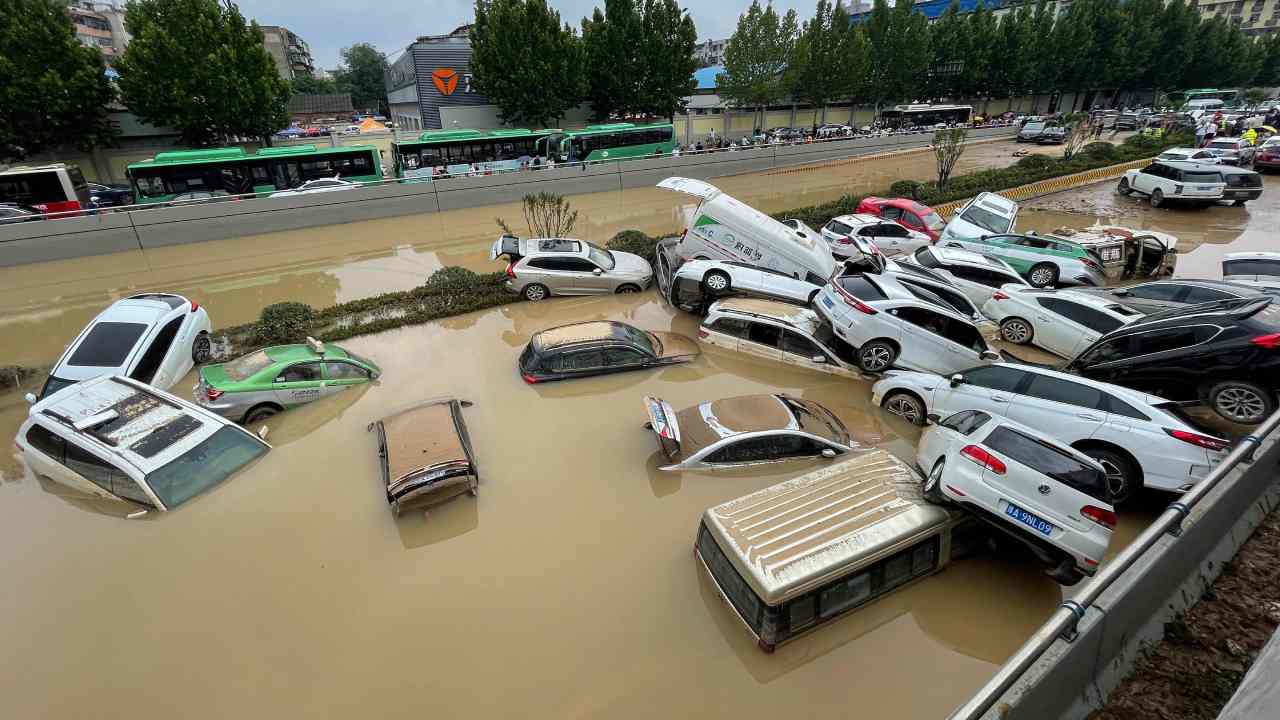 Heat waves, floods and fires... The summer of 2021 in the northern hemisphere witnessed successive natural disasters, the size and frequency of which may be exacerbated by climate change, according to a large number of climate experts.

Heat wave in Canada and Greece

The country has set record temperatures several times, the last of which was 49.6 degrees Celsius in the village of Leighton on June 30.

The US states of Washington and Oregon were also affected by that wave.

The death toll from the heat wave was estimated in the hundreds.

This heat wave would have been "almost impossible" without human-caused warming, according to scientists from the World Weather Attribution, an initiative that brings together experts from various research institutes around the world.

According to them, climate change has made this event at least 150 times more likely.

In July, a second heat wave hit the western United States and Canada.

On July 10, the US National Weather Service reported that temperatures in Las Vegas had hit an all-time high of 47.2 degrees Celsius.

Since July 29, Greece has been experiencing a severe heat wave.

Prime Minister Kyriakos Mitsotakis announced that Greece was facing "the worst heat wave since 1987" as temperatures reached 43 degrees Celsius in Athens on August 2.

Floods in Europe, China and India

On 14 and 15 July, major floods killed at least 224 people in Germany and Belgium with dozens more missing.

Floods also caused damage in Luxembourg, the Netherlands and Switzerland.

And rain fell in just two days, equivalent to the amount usually recorded over two months, according to the World Meteorological Organization.

"Currently, we can't say for sure that this event is linked to climate change," said Kai Schrotter, a water resources scientist at the University of Potsdam, "but these extreme weather events are becoming more frequent and more likely due to rising temperatures."

In China, floods have hit central China, killing at least 302 people since July 20, according to Henan provincial authorities.

During three days, rain fell on Zhengzhou equivalent to the rate of precipitation for an entire year, which is unprecedented, according to meteorological records.

Heavy monsoon rains in India claimed more than 230 lives and caused floods and landslides in the second half of July.

Floods and landslides are common in India during the monsoon season (between June and September), but experts believe that their frequency has increased due to global warming.

Fires in the United States and Europe

Fires are sweeping western Canada and the United States, especially California, due to drought and heat. This year, fires have destroyed three times the vegetation cover compared to the same period in 2020.

Among the largest fires, the "Bottlege Fire" in Oregon, which in two weeks destroyed the equivalent of Los Angeles in vegetation and forests.

In Greece and Turkey, numerous fires broke out in early August, fueled by water shortages and rising temperatures, particularly in southern Turkey and on the Greek island of Rhodes.

And 130 fires broke out in six days across Turkey.

At least eight people died and hundreds of tourists and residents were evacuated, especially from the tourist cities of Antalya, Bodrum and Marmaris (south).