Cardinal Juan José Omella, president of the Spanish Episcopal Conference and archbishop of Barcelona, ​​met this Tuesday with the Minister of the Presidency, Félix ... 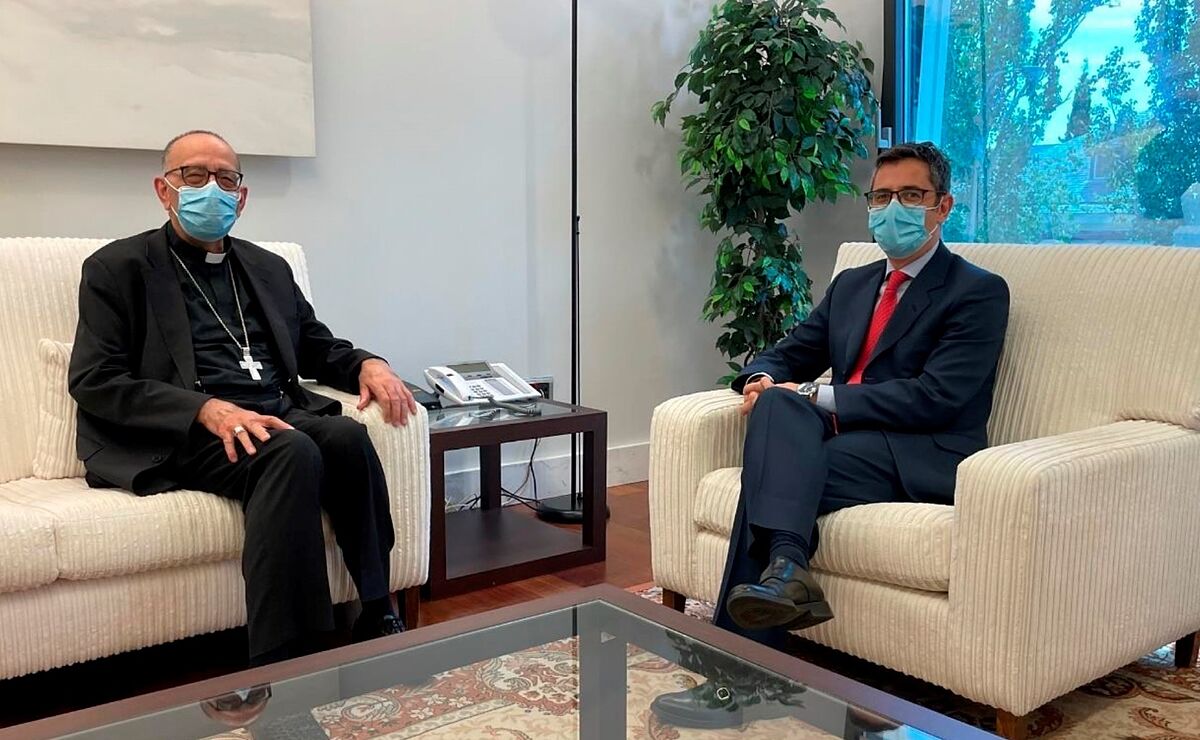 , president of the Spanish Episcopal Conference and archbishop of Barcelona, ​​met this Tuesday with the Minister of the Presidency, Félix Bolaños, in a meeting that served for the representative of the Church to raise questions with the Government.

According to sources close to the attendees, during the meeting, Omella raised with the minister the need to "expand the frontiers of dialogue."

The cardinal defended that in matters of the "common good" dialogue should not be limited to agreement between politicians, but should be extended to civil society.

The sources consulted by EL MUNDO put as an example that in matters of education, dialogue should not be closed with the parties and an agreement between them should be reached, but rather the affected sectors should be listened to and taken note of, such as teachers or parents.

In the same way, in the "matters of life", in which it is necessary to speak with families and with doctors, the same sources pointed out, who did not specify that the recent euthanasia law be dealt with directly at the meeting.

In addition, the archbishop defended before Bolaños the need to "lend a hand" and "send vaccines" to poor countries.

It falls within the social doctrine of the Church, which considers it essential to help those who need it most to face a pandemic that even developed countries are suffering in all its harshness.

The meeting lasted for an hour.

Although it was considered that it was a "greeting" from the minister to the sectors with which he will work, this meeting with Omella allowed to put on the table some specific points, such as those mentioned.

As explained by the Episcopal Conference, the meeting is framed among those that the new minister is having with the institutions in his area.

The meeting was held in an atmosphere of "cordiality and closeness", according to the note provided by the Episcopal Conference.

In addition, the Government and the Spanish Episcopal Conference will resume from September the situation of the unregistered assets by the Catholic Church, the tax system and the Obra Pía in Rome.

Minister Bolaños has valued "the role of responsibility that the Catholic Church has maintained during the hardest stage of the crisis caused by Covid-19," the Ministry of the Presidency reported in a statement.