JO-2020 - Uncertainty Lavillenie, the certainty of handball players Tokyo (AFP) All or nothing ! It is a little the impression left by Renaud Lavillenie when approaching his third Olympic pole vault final, Tuesday in Tokyo, between a record and a plateau which make optimistic and a recent sprain which greatly worries. In the French camp, the day began with a certainty: the handball players are in the last four. At the very beginning of the morning, Nikola Karab 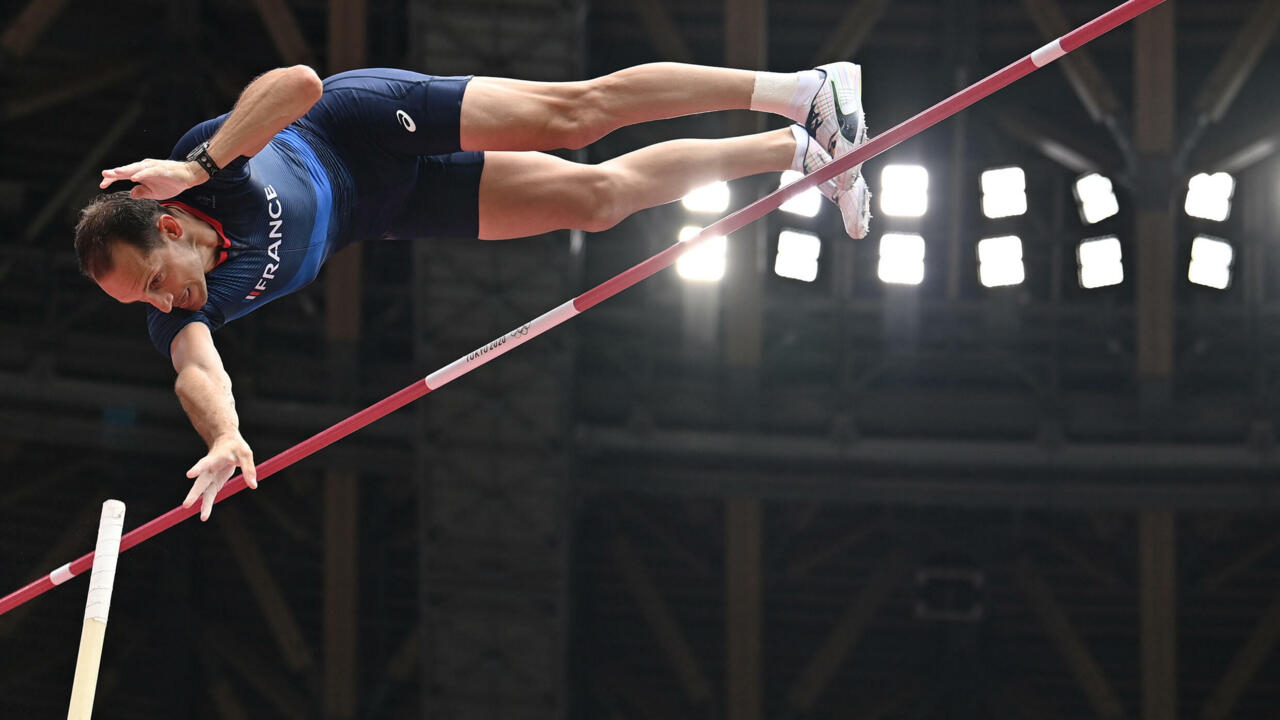 It is a little the impression left by Renaud Lavillenie when approaching his third Olympic pole vault final, Tuesday in Tokyo, between a record and a plateau which make optimistic and a recent sprain which greatly worries.

In the French camp, the day began with a certainty: the handball players are in the last four.

At the very beginning of the morning, Nikola Karabatic and his gang crushed Bahrain (42-28) and are now waiting for their next opponent: it will be Germany or Egypt who face each other in the evening.

Lavillenie, too, is theoretically not far from the podium.

For gold, the Olympic champion in London and then silver medalist in Rio will however have to count on a poor performance - always possible on pole vault - of the Swedish Armand Duplantis as the young man dominates the discipline.

But behind, the hunt is on, especially as the American Sam Kendricks, third in Rio in 2016, was forced to forfeit a few days of qualifying because of Covid-19.

But now, Lavillenie, 34, suffered a recent injury to his left ankle and was on the verge of elimination in qualifying, grimacing regularly.

Hammer thrower Alexandra Tavernier can believe in her chances much more, especially since the European vice-champion had the good idea not to drag on during qualifying by validating her ticket from the second throw.

Among the other finals of the evening in the Olympic stadium which sounds sadly hollow, except for the encouragement of the other members of the delegations, there will be the 200m women.

The meeting promises all the more that all the big favorites will logically be present and in particular the Jamaicans Elaine Thompson-Herah, crowned for the 2nd time on Saturday over 100 m and title holder over 200 m, and her runner-up Shelly-Ann Fraser -Pryce, frustrated by her 2nd place out of 100.

All eyes will also be on the two hyperandrogenic athletes from Namibia, Beatrice Masilingi (22 sec 40) and Christine Mboma (21 sec 97), 18 years old.

Mboma has exploded this season to become the 7th best performer ever in the 400m at the end of June.

But she had to fall back on the U-turn because she can not line up on her preferred distance, being concerned by the regulation on hyperandrogenism.

Since 2019, hyperandrogenic athletes must undergo treatment to lower their testosterone levels for six consecutive months before they can participate in an international competition in the 400m per mile (1,609m).

In team sports, handball players have shown the way to their basketball and volleyball colleagues who, too, enter the phase of choppy matches, with the quarter-finals.

The programming doing things perfectly, all follow one another throughout the day.

They too have inherited an "affordable" opponent, with Italy.

Finally in the evening, the volleyball players, who survived a slower 1st round, face a big chunk: Poland.

Faced with the double reigning world champions (9:30 pm local, 2:30 pm), the Blues approach the meeting with the attitude of those who have no pressure against the "best team in the world", according to coach Laurent Tillie.

A relaxation that often works well for them.

Finally it will be the beginnings of climbing after those of surfing and skateboarding in the Olympic program.

In international competitions, climbers compete in three independent events, the "difficulty", climb as high as possible on a wall of about fifteen meters, the "block", climbers must climb blocks 4.5 meters high , and the "speed", to make the best possible time on a course known by heart.

At the Olympics, the Olympic champion will be the most versatile since climbers will link the three disciplines.

And with Anouck Jaubert, Julia Chanourdie and the Bassa and Mickaël Mawem brothers, French climbing has given itself the means to bring back medals from Tokyo.