Corona.. For the first time in Wuhan, a year ago, Obama's birthday party raises fears

The Chinese authorities of Wuhan said that they will subject all residents of the city to a test for the virus after recording infections for the first time in a year, while a birthday party to be hosted by former US President Obama raises fears of the spread of the virus. 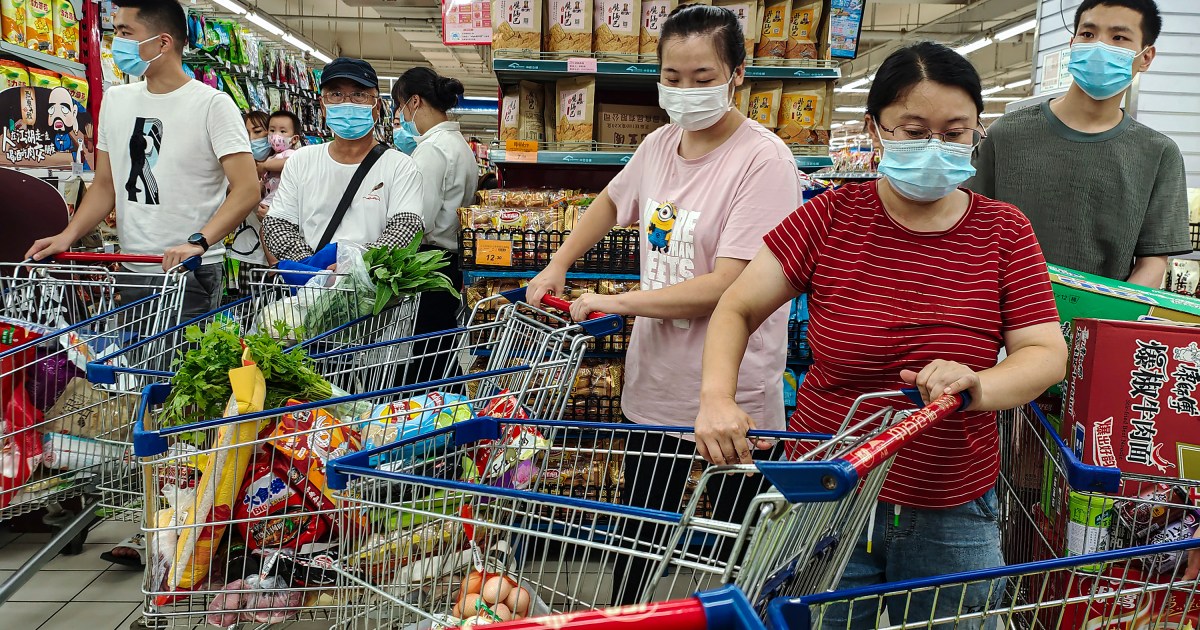 The authorities in the Chinese city of Wuhan (the cradle of the Corona pandemic) said that they will subject all city residents to a test for the Corona virus after reporting infections for the first time in more than a year, while a party that former US President Barack Obama will hold tomorrow on the occasion of his 60th birthday raises fears. It could lead to the spread of the virus, especially since it will be attended by hundreds.

Li Tao, a Wuhan government official, said at a press conference today that the city - which has a population of 11 million - will quickly start comprehensive nucleic acid tests for all residents to ensure that they are free of disease, after it recorded 3 local infections on Monday.

Early last year, Wuhan was subjected to a comprehensive and unprecedented closure to contain the spread of the epidemic in this city, where the virus first appeared in the world in December 2019.

The pedestrian street in the city of

With the state of alert, may

And in the past few days, China imposed a closure of millions of residents, prevented internal movement, conducted extensive examinations and imposed a quarantine on contacts of the infected in an effort to stop the largest outbreak of the virus in months, and the authorities recorded 61 local infections with the virus today, at a time when the fast-contagious “Delta” mutated reached dozens of cities. After the infection of cleaners at Nanjing airport caused cases to emerge nationwide.

The total number of Corona injuries in this country reached 93,193, while the number of deaths remains constant at 4,636 cases.

On the other hand, a large party that Obama intends to hold on the occasion of his birthday, and in the presence of hundreds of guests, raises fears of the possible spread of the virus, as a question was raised at a White House press conference yesterday, Monday, whether Obama “strikes the wrong model about the severity of Covid-19 by hosting Such a great effect."

White House spokeswoman Jen Psaki responded to this question, saying that the ceremony is scheduled to take place "in an open space and a moderate risk area for Covid-19."

The American news website Axios reported that Obama's party, which will be held at the family home on Martha's Vineyard, south of Cape Cod in Massachusetts, will be attended by about 475 guests, including Obama's friends, family members and former aides when he was president, in addition to a staff of about 200 people to serve guests.

Obama's birthday party will be outdoors,

will the attendees commit to wearing a mask?!

Will they abide by all CDC instructions?!

I think it would be difficult to do that in such a small patch of earth!

Which begs the question:

How will people believe Obama and who will attend if they talk after that about the need to follow preventive measures?!

The site added that Obama's party will be held in an open space, and he asked all guests to be in restaurants, and to provide negative test results for Covid-19 before a specific time of the ceremony.

In Tunisia, the presidency said yesterday that according to the provision of 6 million doses of vaccines against the virus, President Kais Saied agreed to organize a national vaccination day next Sunday, and it will include those who are forty years of age and over, at a time when the World Health Organization yesterday called on the Tunisian president to accelerate a campaign Vaccination, speaking of a slight improvement in the epidemiological situation in the country.

"The epidemiological data are going in the right direction (...) We have a feeling that the peak of the epidemic may be behind us," said the representative of the organization in Tunisia, Yves Soteran, in a press conference, adding that Tunisia - which has a population of 12 million - received within 10 days about 7 million doses of the virus. Vaccines, and you may receive another 2 or 3 million soon.”

Tunisia experienced a serious health crisis as a result of recording record rates of injuries and deaths as a result of the Corona pandemic, which made it one of the Arab and African countries most affected by the epidemic, in light of the health system’s inability to address the crisis and the slow pace of the vaccination process.

According to a statistic prepared by the French Press Agency yesterday, Tunisia recorded the worst death rate in the past seven days with Covid-19, at 1,064 deaths per 100,000 people.