Moroccan Soufiane Bakkali won the gold medal in the men's 3,000m steeplechase, as part of the athletics competitions at the Tokyo 2020 Olympics on Monday. 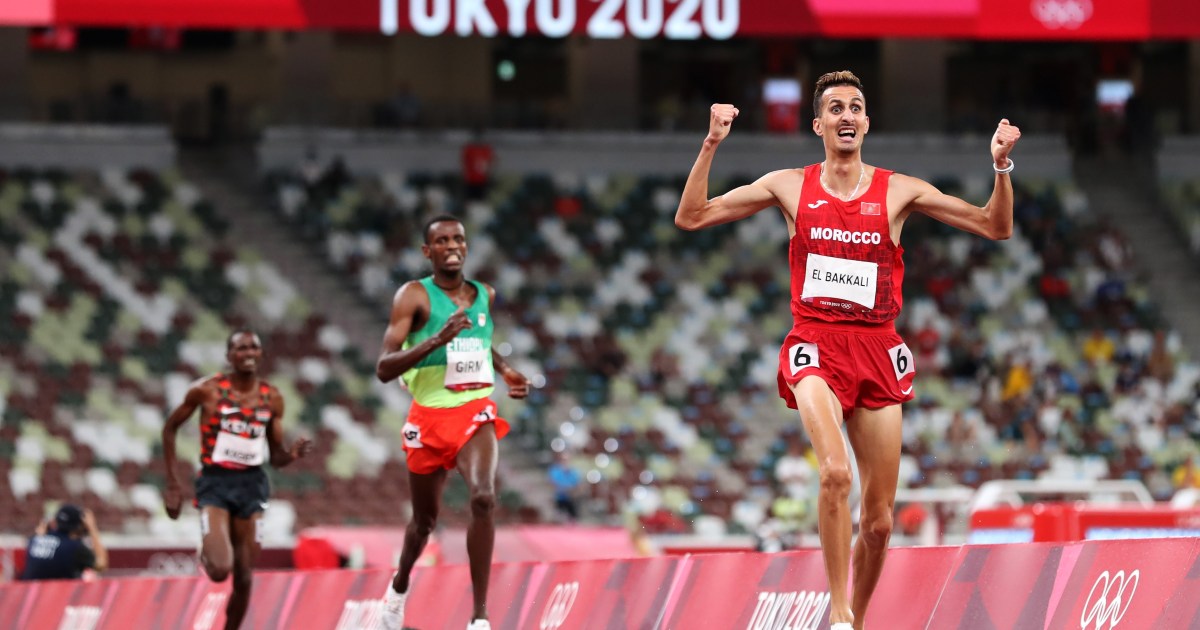 Moroccan Sofiane Bekkali won the men's 3,000m steeplechase gold medal in the athletics competitions at the 2020 Tokyo Olympics on Monday.

El-Baqali ended the dominance of the Kenyan runners and won it in 8 minutes 8.90 seconds.

Al-Baqali won the biggest prize in his career, as he had won silver and bronze in the last two editions of the World Championships in Athletics.

With this gold, the number of golds won by Arabs - so far - in the Japanese Olympics has increased to 4 gold medals, two of them for Qatar and one for Tunisia.