They are cute and goofy… pandas! This is surely why they are among the favorite animals of mankind. So what a nice surprise to learn in the night from Sunday to Monday ... 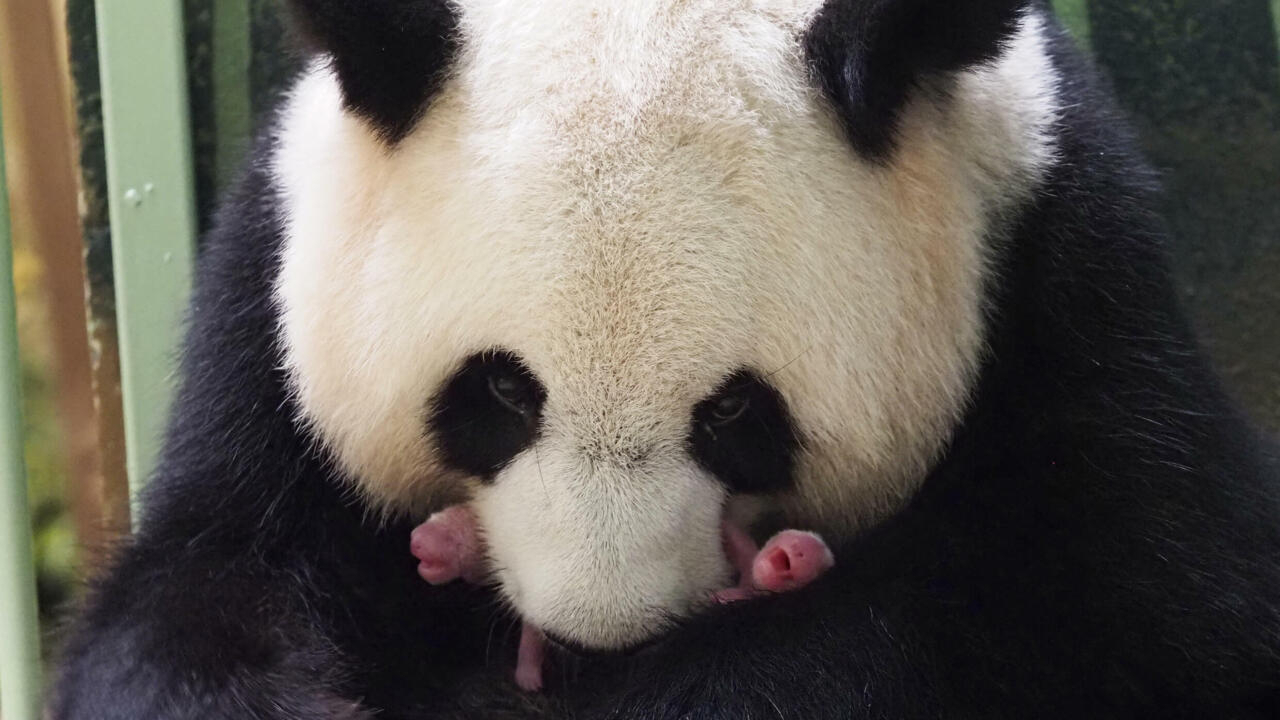 Huan Huan, which means "happy" in Chinese, and her twins after giving birth at Beauval Zoo on August 1, 2021. Guillaume SOUVANT AFP

They are cute and goofy… pandas!

This is surely why they are among the favorite animals of mankind.

So what a great surprise to learn on the night of Sunday to Monday the birth of two babies at Beauval Zoo in central France.

They were born and are in perfect health!

An event eagerly awaited by the caretakers of the Beauval Zoo who had been monitoring the female Huan Huan continuously for several days with the support of two experts who came expressly from the Giant Panda Research Center in Chengdu (in Sichuan province in China).

After more than 7 hours of work, the mother gave birth to two young.

For the caretakers, they are females but it will take several more days before determining with certainty the sex of the babies nicknamed for the time being Cotton Flower and Little Snow.

One weighs 149 grams, the other 128. True featherweight next to the more than 100 kilos that the mother weighs.

For the moment the little ones look more like mice than ursidae (this is the name given to this family of mammals).

No black and white hairball, but slightly fluffy pink skin.

On videos posted on the Beauval Zoo's social networks, we can see them carried by their mother inside her mouth.

The little ones will now alternate between the incubator and the warmth of their mother, being closely supervised for several months, the time for them to grow.

It is only afterwards that the public will be able to discover them.

In Beauval, there is the mother Huan Huan but there is also Yuan Zi, the father.

At the end of March, the two giant pandas had tried to mate during the very short period of fertility of the female.

You should know that in these animals, it only lasts a maximum of 48 hours per year.

So to ensure their back and especially to ensure a birth, the caregivers took advantage of this period to artificially inseminate Huan Huan, four months later, two fetuses were spotted during an ultrasound.

So there is the male, the female, the last two cubs, but it was not the first time that Huan Huan gave birth.

In 2017, she also gave birth to two twins but only one of them survived.

Pandas as a diplomatic argument

In 100 days the little ones will be covered with the hairs that we know them and will be able to roll.

It is at this time, as tradition dictates, that the Chinese First Lady will choose a name for them.

A symbolic act falling within what is called “panda diplomacy”.

Be careful, this is not a joke and even less to be taken lightly. This panda diplomacy dates back to the 6th or 7th century according to historians. The emperors then offered pandas as gifts to other countries. The term diplomacy appeared later during the Cold War. The panda, an animal that lives naturally only in China, has become an embodiment of

. It is in this context that the parents of the two babies were loaned to France in 2012.

that bears fruit because the panda, which was an endangered animal in the 1980s (symbol of the NGO WWF), is now removed from this list.

Nearly 2,000 individuals live in their natural space and those who, like in Beauval, are born in captivity, will be reintroduced once they reach adulthood.

Umbilical cord first aid performed by ZooParc veterinarians, just after the birth of the little twins!