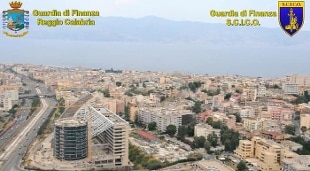 02 August 2021 There is also the regional councilor in charge Nicola Paris among those arrested in the "Inter Nos" investigation which led to 17 precautionary measures and the seizure of companies worth over 12 million euros. Elected in 2020 on the UDC list with 6,358 votes, Paris ended up under house arrest on charges of corruption. The investigation by the Reggio Calabria DDA concerns several Mafia families. Among those arrested, in fact, there are people who are part of or considered close to the Serraino clans of Reggio Calabria, Iamonte of Melito Porto Salvo and Floccari of Locri.

Contracts for cleaning and masks

The investigators speak of a real criminal association that conditioned the contracts for cleaning and the extensions of contracts. All paid with "privileged invoices". In the turnover there are also sanitizations and masks during the pandemic period.

Ties with the clans

Paris allegedly was accused of having been close to subjects linked to the 'Ndrangheta of Melito Porto Salvo and Reggio Calabria. In particular, according to the Public Prosecutor of Reggio Calabria, he would have committed to the confirmation of an unfaithful official who would have favored the clans. Among those arrested, in fact, there are also some ASP officials such as the financial director of the provincial health company.

Overall, the Guardia di Finanza carried out 16 arrests and a precautionary measure. Nine of these were joined by the precautionary custody order in prison, seven ended up under house arrest, including regional councilor Nicola Paris, while a ban was ordered for a suspect.